Things seem a bit thin on the ground merchandise wise for Star Trek Beyond, with quite limited offers of toys and books. There is some stuff starting to appear though, if you'd happy with a branded cup or T-shirt! Continue below for a look at some of the latest things to show up; be it weird, wonderful, or mundane!

Cinemas around the world are starting to stock up on Star Trek stuff, including the first model ships from the film! Available as cup toppers are a range of three small models of the new look USS Enterprise, the USS Franklin, and one of the swarm ships. 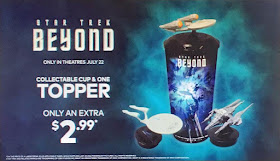 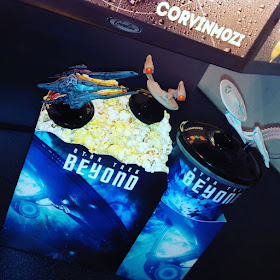 As an add on novelty to food and drink purchases, these are of course not the best models of ships around (although far better than the Burger King ones from 2009), but Eaglemoss have already promised new models are coming from Star Trek Beyond in The Official Starships Collection, so these will keep us going until then!

So far I've seen reports of these being distributed in the US, Canada, Germany, and Hungary - If you see them anywhere else please leave a comment below with the details, so anyone else local can track them down.

Above images via corvinmozi and tabemononado on Intagram, and below from an eBay listing. 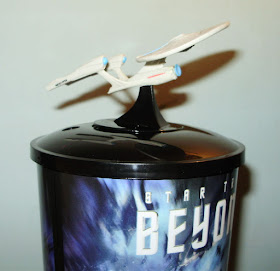 Also available at cinemas are of course branded cups and pop-corn buckets. (Via RCM Media, Cinema Scene, and Amazon) 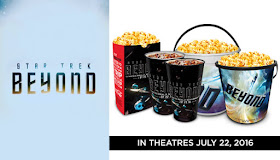 Things get a bit more creative in Thailand, where Major Cineplex have a terribly impractical looking Starfleet delta shaped cup! (Image via eBay) 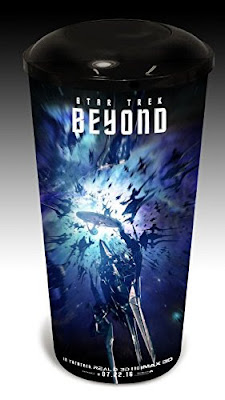 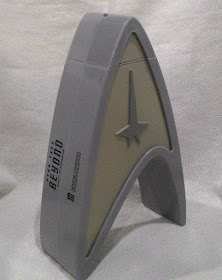 Another cinema exclusive can be found at Regal Cinemas, who have a new poster variant, a bit of a hybrid of the two main poster designs, with all the main crew featured (also via eBay). 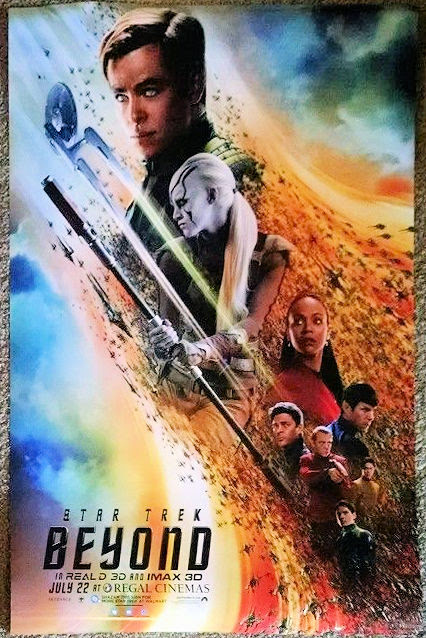 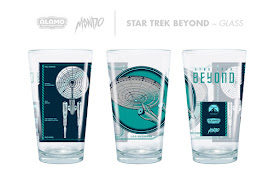 And Chris Skinner also made the cover art for the Star Trek issue of Birth Movies Death magazine, which features the classic and modern Enterprises. 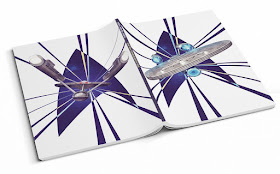 Ships also feature on artwork used across several of the tie-in lines (including some of those cups above), here are four designs available as mobile phone cases from Headcase. In fact Headcase have a huge new range of Star Trek phone cases with artwork spanning the franchise. 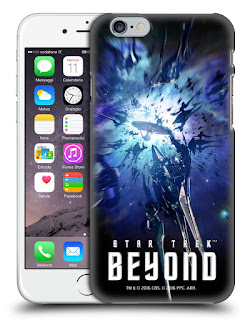 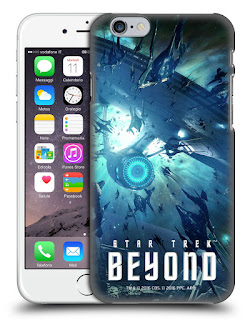 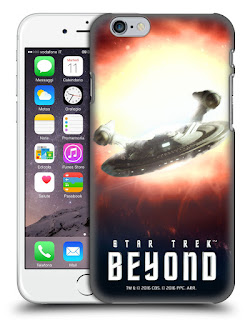 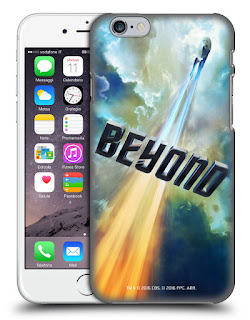 Trevco have also released a series of canvases with various images (available via The Movie and TV Store). 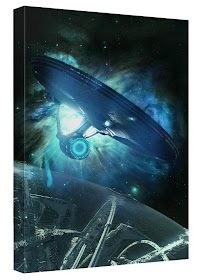 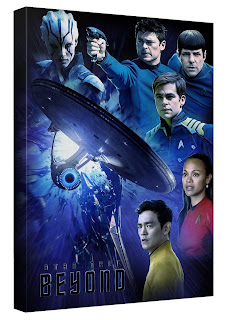 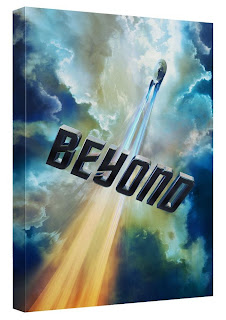 Also from Trevco is quite large range of T-shirts, mostly using the poster artwork, including this quite cool sublimation print version of the main poster: 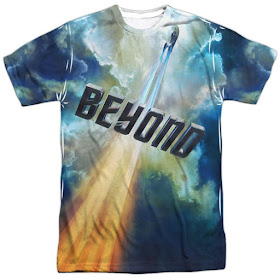 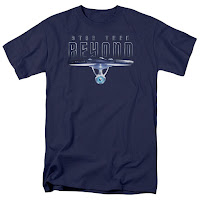 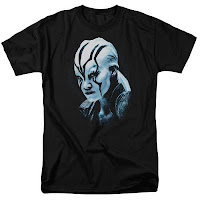 And finally, also stocked by Rocker Merch, are some bizarre applications of the poster artwork, available on cushions, shower curtains, and an ottoman cube! 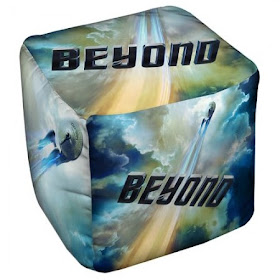 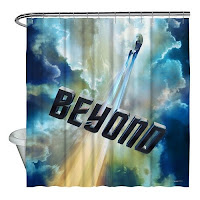 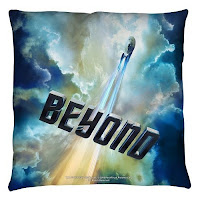 Star Trek Beyond will be arriving in cinemas around the world from the end of next week. To keep track of all the latest information on the film, visit my Star Trek Beyond guide page, and see the relevant pages on Trek Collective Archives to find all the trailers, clips, posters, promotional stills, and featurettes.