Mezco have announced their second Star Trek action figure in their One:12 range, and in a refreshing bucking of expectations it is not Kirk! Expected in June or July, Mr Sulu will be joining the previously announced Spock figure in this series. 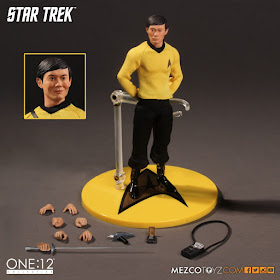 Like Spock, this highly detailed figure will come with an insignia display base, and feature no less than twenty-eight points of articulation. He will have a fabric uniform, and a good selection of props, including a sword! He will also have a load of different hands ready to strike various poses, and two heads to give different expressions. Continue below for a close look at all those details: 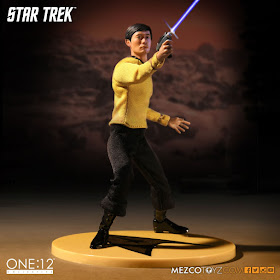 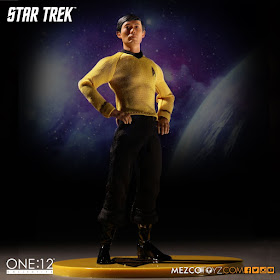 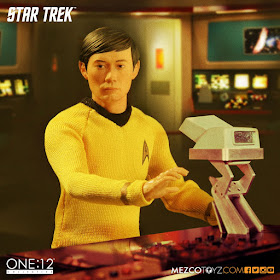 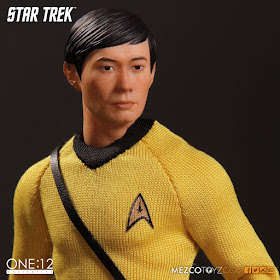 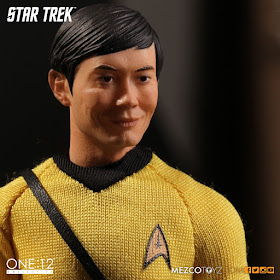 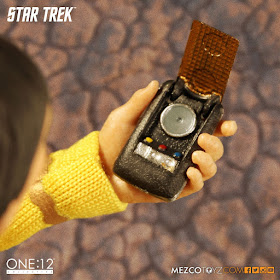 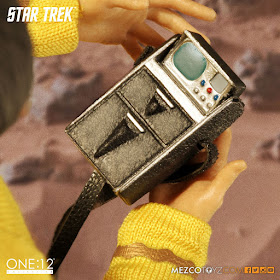 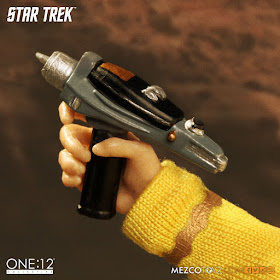 In other Star Trek action figure news, at the other end of the fabric clothed scale, Diamond Select Toys are currently reissuing and expanding their retro cloth range. The most recently announced characters to return are Uhura and Mugato, who should also be arriving this summer. 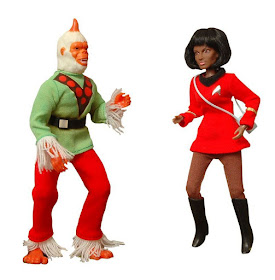