Mondo recently teased a new vinyl release of the The Wrath of Khan soundtrack, and now Birth Movies Death have revealed all the details of what is going to be one of the most beautiful Star Trek products ever released.

Of course there was a vinyl edition of the album version of James Horner's brilliant soundtrack alongside the release of the film in 1982, but this new two-disc version will be the first ever vinyl edition of the complete score, which was first issued on CD by Film Score Monthly in 2009.

What makes this really special though is the stunning presentation, with new artwork by Matt Taylor adorning every surface, plus the dazzling Mutara Nebula styled discs themselves. Here are the outer covers, featuring views of Ceti Alpha V: 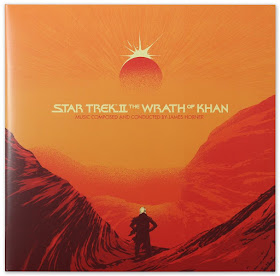 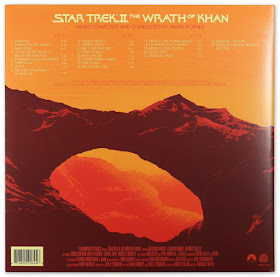 Inside you'll find the battle in the Nebula on the gatefold:

And the inserts feature a parallel image to the cover, with Kirk in the Genesis cave: 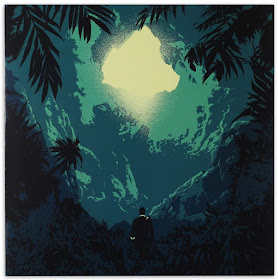 And then there's the discs: 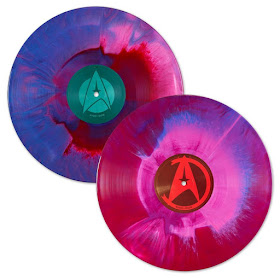 This beautiful new release is due to go on sale on the 13th of this month, available from Mondo's website. Until then you can find the track listings over on Birth Movies Death.

This isn't Mondo's first visit to The Wrath of Khan, they have previously released several posters inspired by the film, which can see amongst all their other Star Trek releases in my latest Trek Collective List. Let us hope it isn't their last Star Trek soundtrack too!