Eaglemoss have released their latest solicitations for Star Trek: The Official Starships Collection, giving us new looks at two forthcoming models. Continue below to check out those, and other news from the magazine and model series. UPDATE: Also below is the first look at Eaglemoss' New Orleans class.

Due to arrive in the UK first this March (and following later in other markets), issue sixty-nine will be the Breen Warship. Getting the colours right for this one was apparently quite a challenge, and the new image of the model released does look rather vibrant. But series manager Ben Robinson has previously posted another image with more muted tones, so I wouldn't panic just yet! I believe this is only the second ever model of this design, following the smaller Wizkids version. 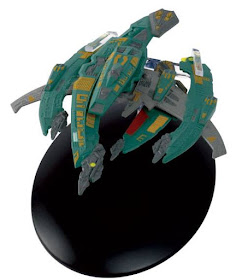 Issue seventy follows, in April in the UK, and is one of the biggest ships (in-universe) in the collection, the Voth City Ship. This is our first look at this model, the first ever of this ship, and it looks pretty snazzy to me! 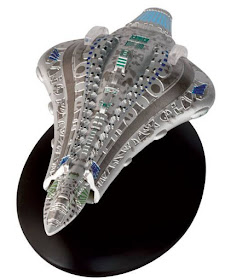 Here are the draft covers for those two issues too, via Big Bad Toy Store: 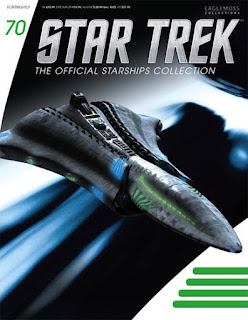 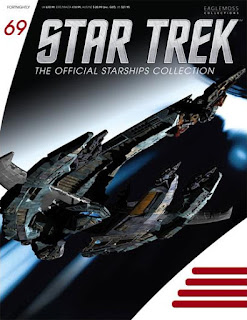 UPDATE: Looking much further ahead in the series, due some time later this year (it has now been revealed) is the first of the Battle of Wolf 359 ships, the New Orleans class USS Kyushu. There is no existing CG model of this ship of course, so one of Eaglemoss' regular ship re-builders, Fabio Passaro, has been on the job, and created a gorgeous new model of one of my very favourite starship designs. Eaglemoss' Hero Collector site have just posted some images of it:

In other news from the collection, Ben Robinson also recently posted on Twitter photos of the forthcoming USS Enterprise NCC-1701 and Enterprise NX-01 dedication plaques. He also mentioned an Enterprise-E one is in the works. 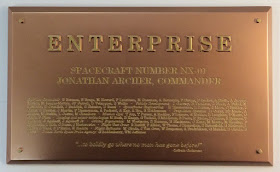 Ben also replied to a request from Mark Rademaker to get the ringship Enterprise into the collection. The response seems positive:


Not especially soon, but I'd like to think so.

Looking back in time, there are lots of new images around of the most recently released ships. Arriving this week in the UK is the Phoenix. Ben tweeted some photos of this one: 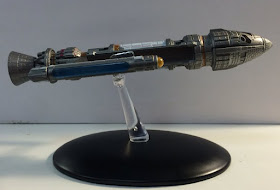 And the Eaglemoss online shop has some new images as well:

Also from the Eaglemoss shop are a couple of angles of the Antares: 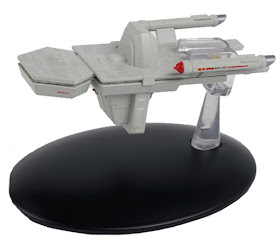 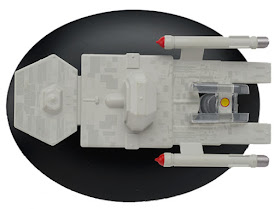 A top view of the Voth Research Vessel: 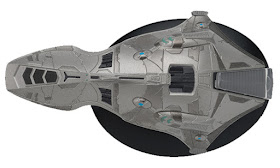 And a couple of shots of the Norway class too: 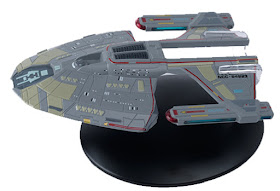 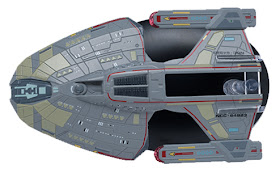