The Perth Mint in Australia has announced they will be producing a new series of Star Trek coins. Five pairs of coins will be released, each featuring a captain and ship, starting with Captain Kirk and USS Enterprise coins this month. Each coin is legal tender, valued at one dollar in the island nation of Tuvalu - You would be a little crazy to use it as such though, as they are being struck in silver, so their actual value is somewhat higher!

Each coin will be available either individual, there will be five thousand in this format. Or you can get them as a pair, in a rather elaborate transporter chamber inspired display, and there will be just one-thousand-five-hundred of these. Continue after the jump to check out all the packaging: 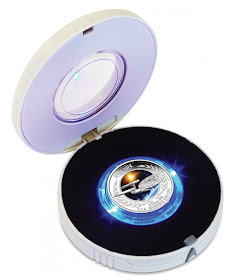 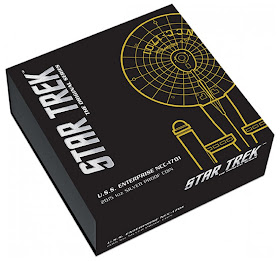 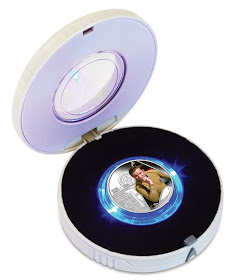 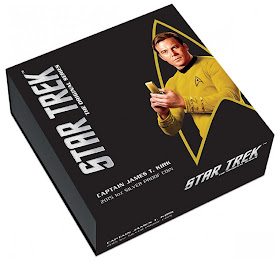 The two-coin set has a similar lighting feature to the individual coin case on the top, but the second coin is then suspended within the transporter chamber, illuminated when the doors are opened: 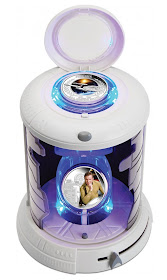 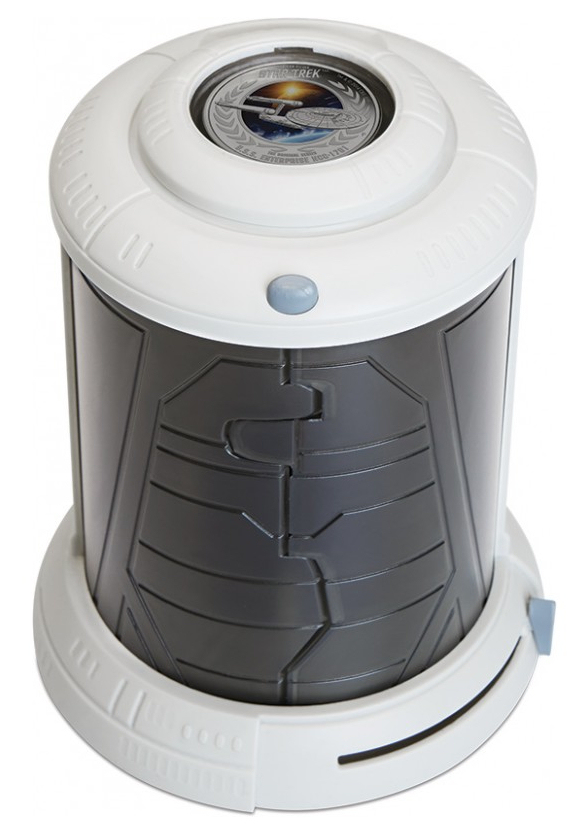 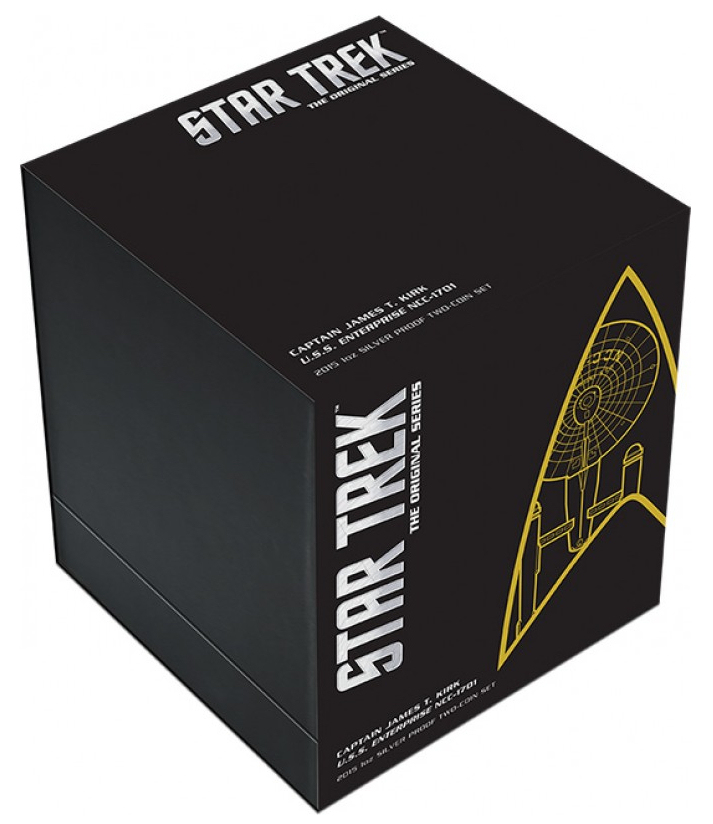