Need some more Trek in your life? Well Kirk, Spock, and co are ready to sprinkle Starfleet styling into your home with the latest creations from Westland Giftware, Vandor, and more. The parade of new Star Trek stuff continues after the jump below. 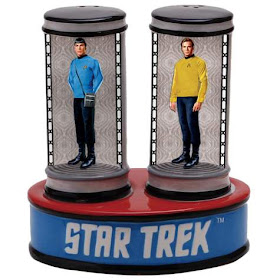 Westland Giftware have added several new items to their Star Trek collection. Typically new items listed in Wastland's catalogue show up a retailers several months later, so you should be able to get hold of these later in the year.

Joining their salt and pepper shaker collection will be Kirk and Spock, this time on transporter pads (perhaps you can sprinkle the salt to make the transporter shimmer). 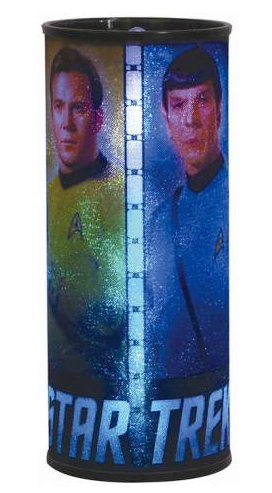 There's an actual light effect in the Kirk and Spock decorated night-light.

And more lights still, with this set of light-up coasters!

Mugs are a regular fixture in Westland's releases, and this new twelve ounce one has a built in spinning Starfleet delta. 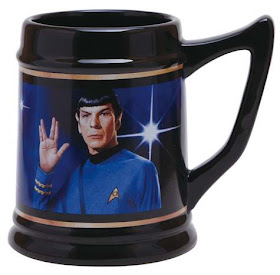 Spock is the sole subject of a new twenty ounce mug too. I think the handle is meant to be Vulcan ear shaped! 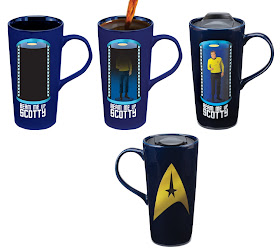 If Westland haven't given you enough options, Vandor also have some new drinking vessels on the way.

Their new twenty ounce travel mug features another transporter chamber, and using a heat reactive effect makes Captain Kirk beam in, when hot. Entertainment Earth already have this up for pre-order, expecting it to arrive in March. 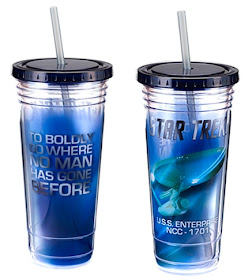 Also due from Vandor in March is a twenty-four ounce acrylic travel cup, featuring the USS Enterprise. 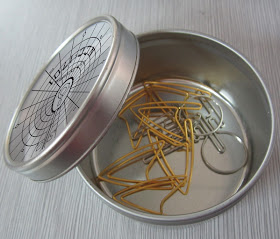 Moving away from the kitchen, as I've previously reported, Icon Heroes have a set of Star Trek paper-clips on the way, made in the shape of the USS Enterprise and Starfleet deltas. Icon Heroes have now released another image of this, showing the little tin they come in, which has a USS Enterprise saucer design on the lid. These are also now available for pre-order, with an expected July release.

And finally, something not new at all! I came across a company making Star Trek iphone cases, but only for distribution in Thailand and Hong Kong. CRAZi have released several designs so far, including nice use of TOS iconography: 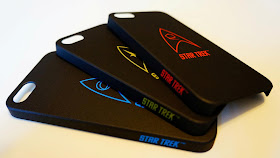 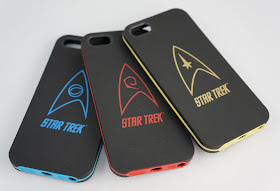 CRAZi have also posted several designs on their Facebook page for more cases, using the Trexels designs, and some portraits of the TOS characters. I'm not sure if these ever made it to production though, the fully realised designs above seem to have been on the market for a couple of years now. 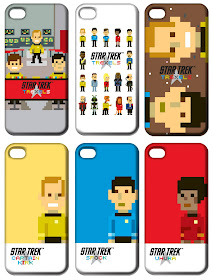 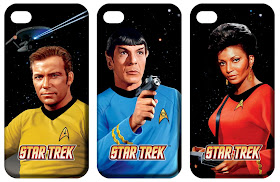 You can keep track of all the latest Star Trek homewares releases by hitting the "other" button on my schedule page.