Anovos have revealed their new TNG movie era formal uniform jackets replicas. Both regular officer (with the grey center panel) and captain's variant (all white) will be available, and as ever Anovos have replicated the details from original production wardrobe pieces. The officer version will also be available in all three department colours.

Anovos are taking pre-orders now, with an expected September/October release. Continue after the jump for a look at some of the details of these pieces, plus a look at some of Anovos's latest smaller uniform replica elements. 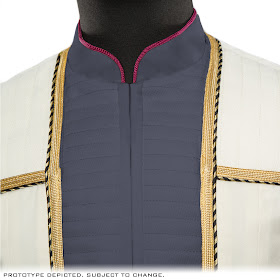 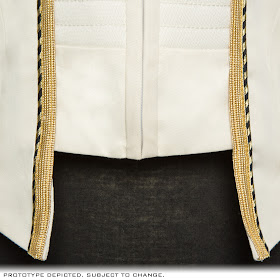 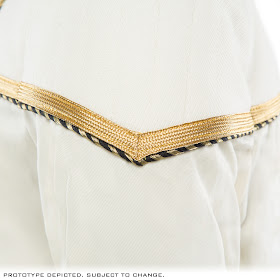 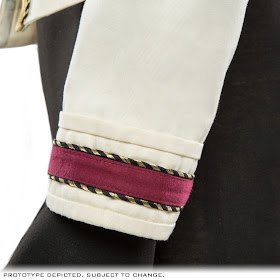 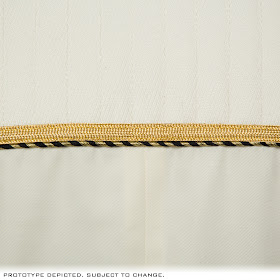 A century earlier the standard Starfleet uniform was also rather fancy, and Anovos have the TOS movie era uniforms due out from July. Those come with the movie era insignia badge, which Anovos showed off their new replica of on Facebook recently: 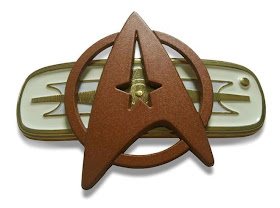 Also included will be a set of "pips and squeaks" commendation pins, but Anovos are also now offering those separately, available next month. 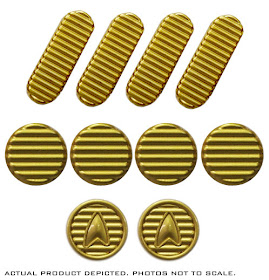