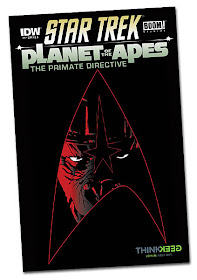 The TOS/Planet of the Apes crossover comic, The Primate Directive is cover crazy, with the latest covers revealed making the series a record breaker! Continue below for a look at the latest cover art, and concept art from the series artist Rachael Stott.

ThinkGeek have added a listing for yet another variant cover of the first issue in the series. The ThinkGeek exclusive cover (which is currently listed as out of stock, hopefully just while they await its arrival) is by John H. Midgley, and features a gorilla framed by a Starfleet delta (the mystery artwork I mentioned in my round-up of the other covers recently).

This now brings the number of covers on offer for issue one up to eight, which (to the best of my recollections and checking of the Star Trek Comics Checklist) arguably makes this the most covers offered for any Star Trek comic ever! The first issue of Assimilation2, the TNG/Doctor Who crossover, also had eight covers (but two of those were minor variants for further printings), and the first issue of one of IDW's earliest series, Klingons: Blood Will Tell, had seven.

UPDATE: TrekMovie have posted an article about the series (and the history of Planet of the Apes in general), including a better version of the ThinkGeek cover, and revealing the final elusive blank sketch cover. The latter features a small bit of what appears to be Stott artwork at the top, but is otherwise empty, awaiting bespoke artwork from an artist of your choosing: 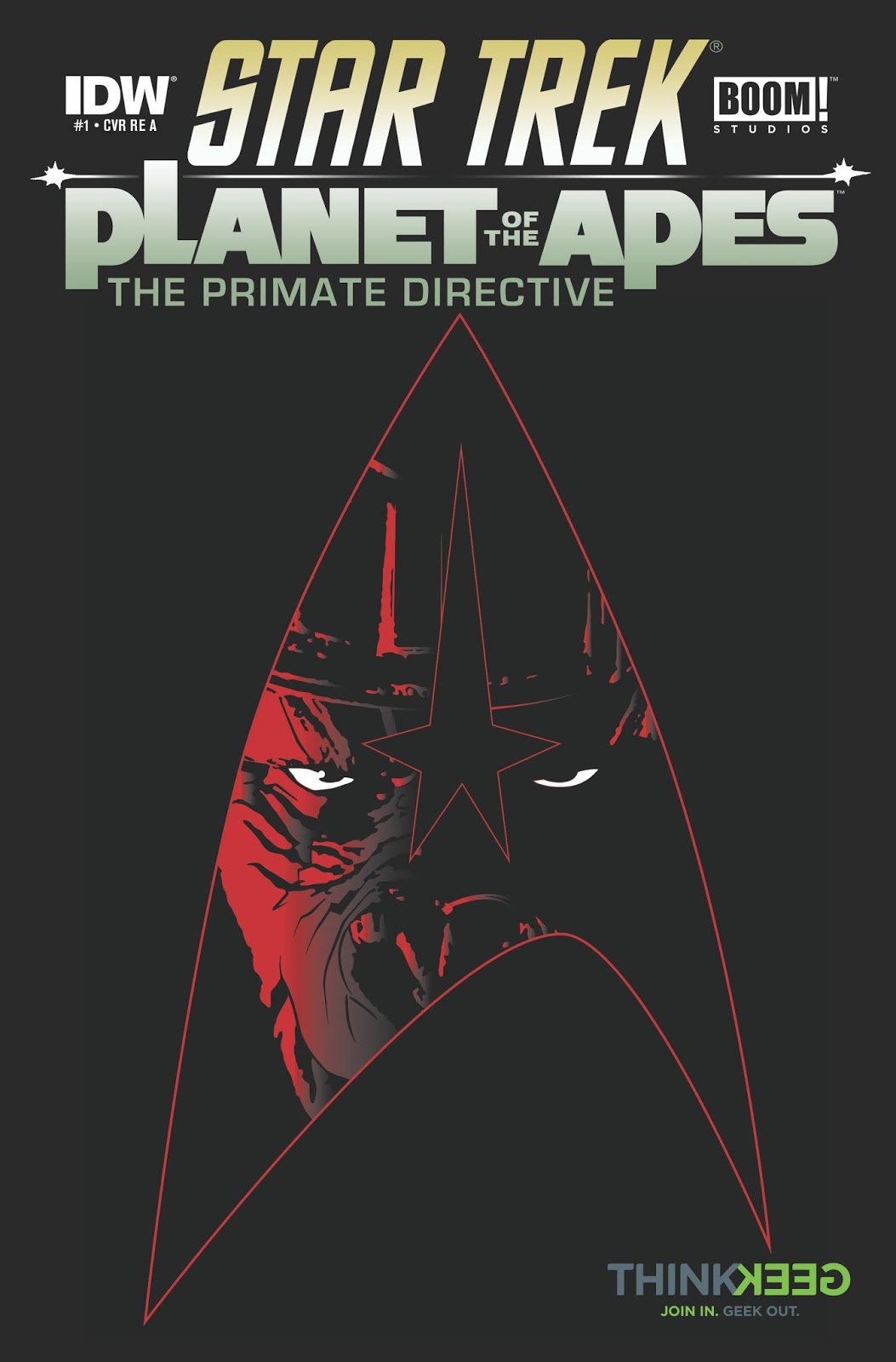 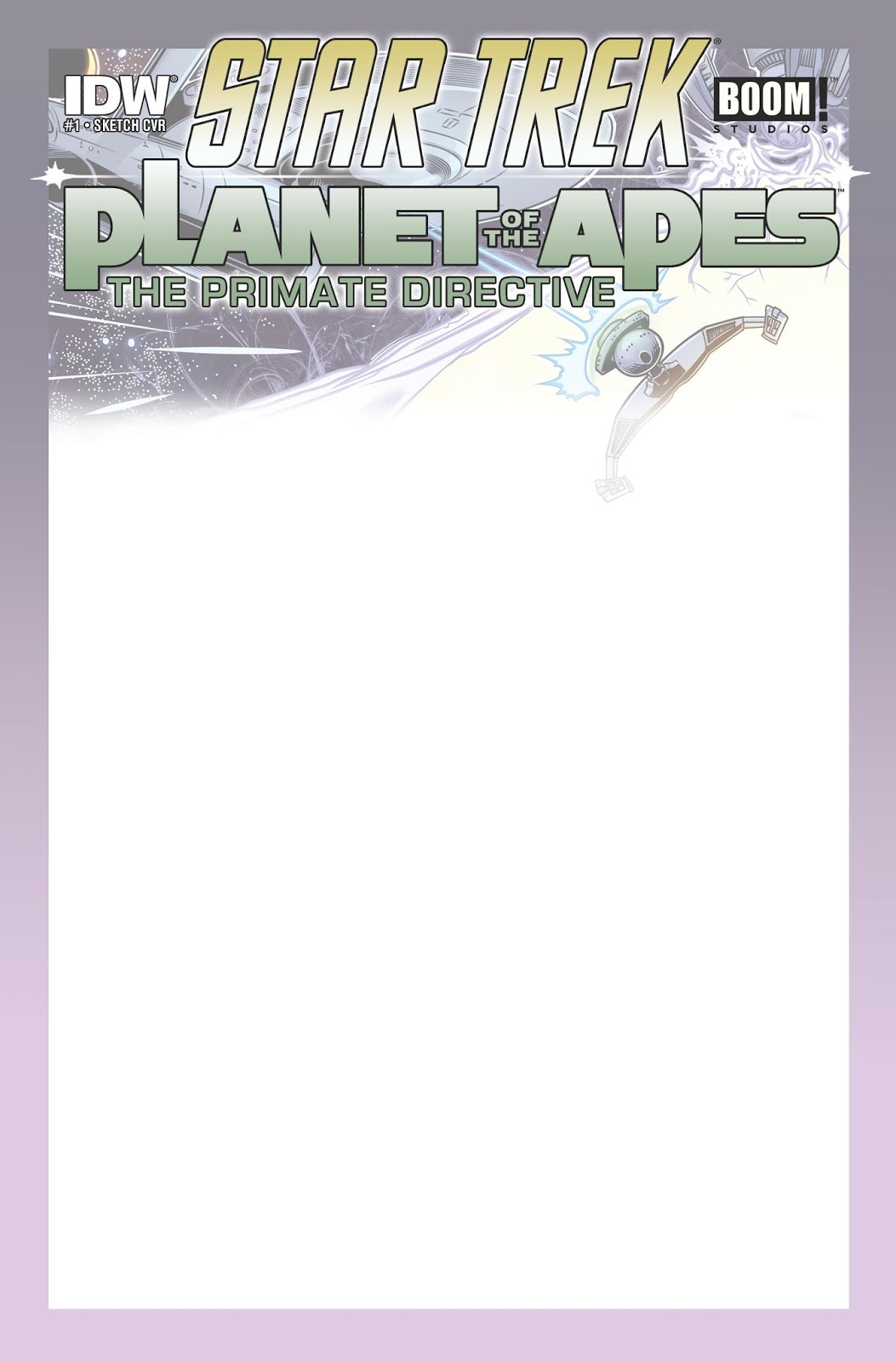 Continue after the jump to check out more art from the series:

Later in the series J.K. Woodward will be among the many artists contributing covers, with his artwork due to grace variant covers for the final two issues of the series. On his new Tumblr, Woodward posted his artwork for both issues, which you can see below, as well as some progress images which you should check out in his original post. 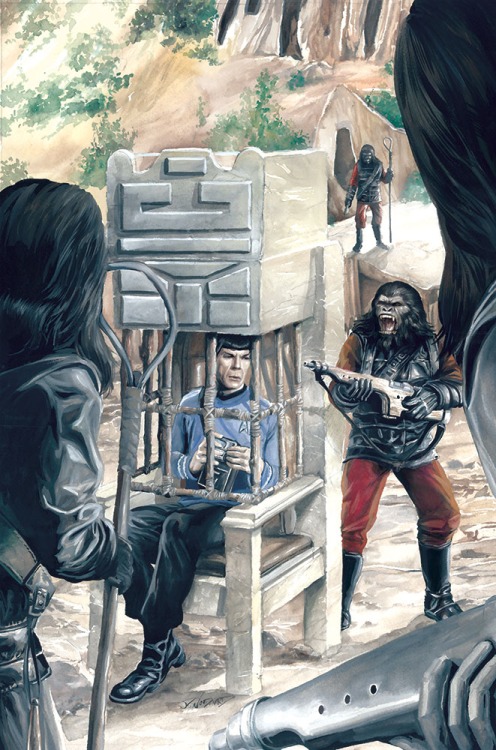 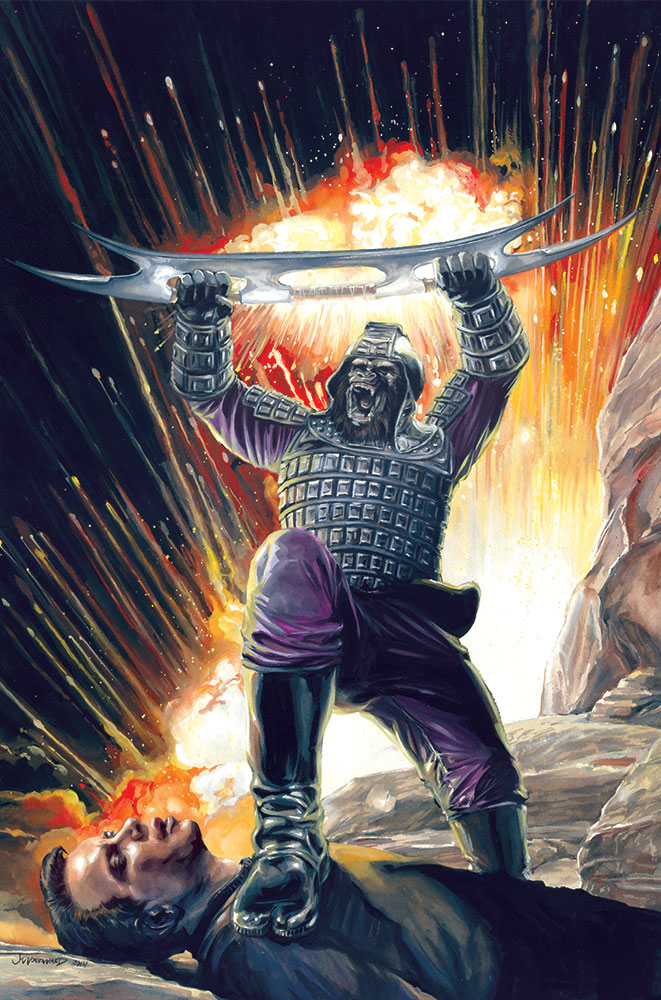 Finally, IDW recently released, a collection of concept art from the series artist, Rachael Stott, including character studies, and a comic page: 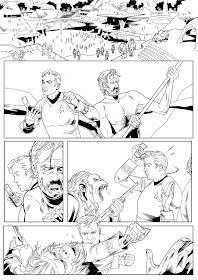 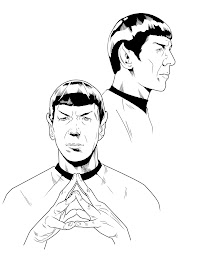 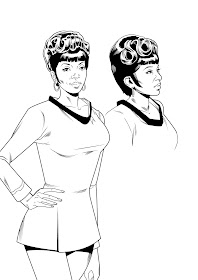 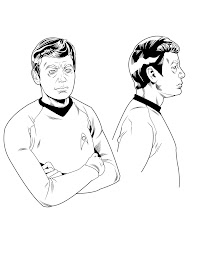 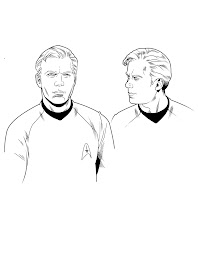 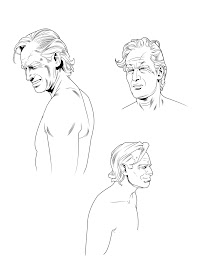 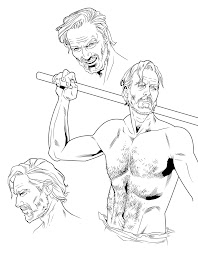 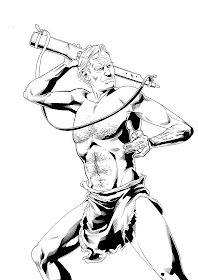 The Primate Directive, a five-part crossover series, begins next week, with the release of the first issue. You can check out the other covers for that issue, in my previous report, and read the first few pages, in another article.

To keep up to date with all the latest Star Trek comic releases, hit the comics button on my 2015 schedule page, for full listings of forthcoming releases, and links to my previous coverage.