IDW have announced their solicitations for March, which include three new Star Trek comics, and an omnibus book. Continue below to check them all out (covers via Previews):

Star Trek/Planet of the Apes: The Primate Directive #4
Written by Scott and David Tipton. Art by Rachael Stott.


An uneasy alliance has been forged between Captain Kirk and Colonel Taylor! But will it be enough to prevent Commander Kor and his Klingons from toppling the regime of Doctor Zaius?

As with other issues in the series, this will also include an essay on Star Trek and Planet of the Apes, by Dana Gould. There will be at least three covers, the main one by Rachael Stott, the subscription variant by J.K. Woodward, and a further variant in the Gold Key style (the latter has not be released yet): 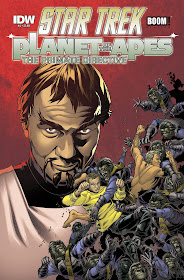 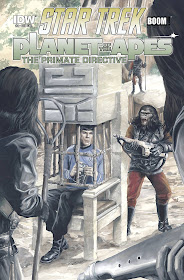 New Visions #4: A Scent of Ghosts
By John Byrne.


John Byrne continues his new Star Trek photoplay adventures with “A Scent of Ghosts” and “Memoriam.” Past and Present collide, as the Enterprise takes aboard a special figure from Spock’s past, only to find themselves haunted by an mystery from years before. Plus, a sad farewell. 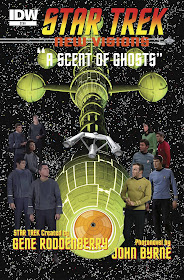 
The lead-up to the next STAR TREK film continues here, in an all-new adventure produced in association with Roberto Orci! Captain Kirk and the crew of the Enterprise find themselves in uncharted space on their Five Year Mission of exploration… but a new alien threat may end their journey prematurely!

The main cover for this issue is by Joe Corroney, and there will also be a subscription variant photo-cover. 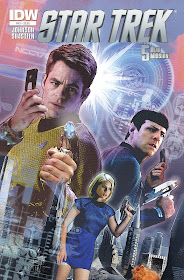 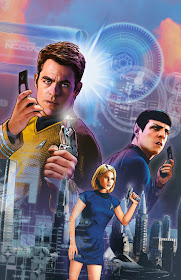 I suspect the wrong artwork might have been used for the photo-cover that has been released with the solicitations, as it features Jadzia Dax, and I find it unlikely there would be another DS9 crossover just three issues after The Q Gambit! 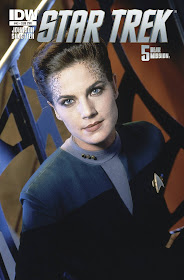 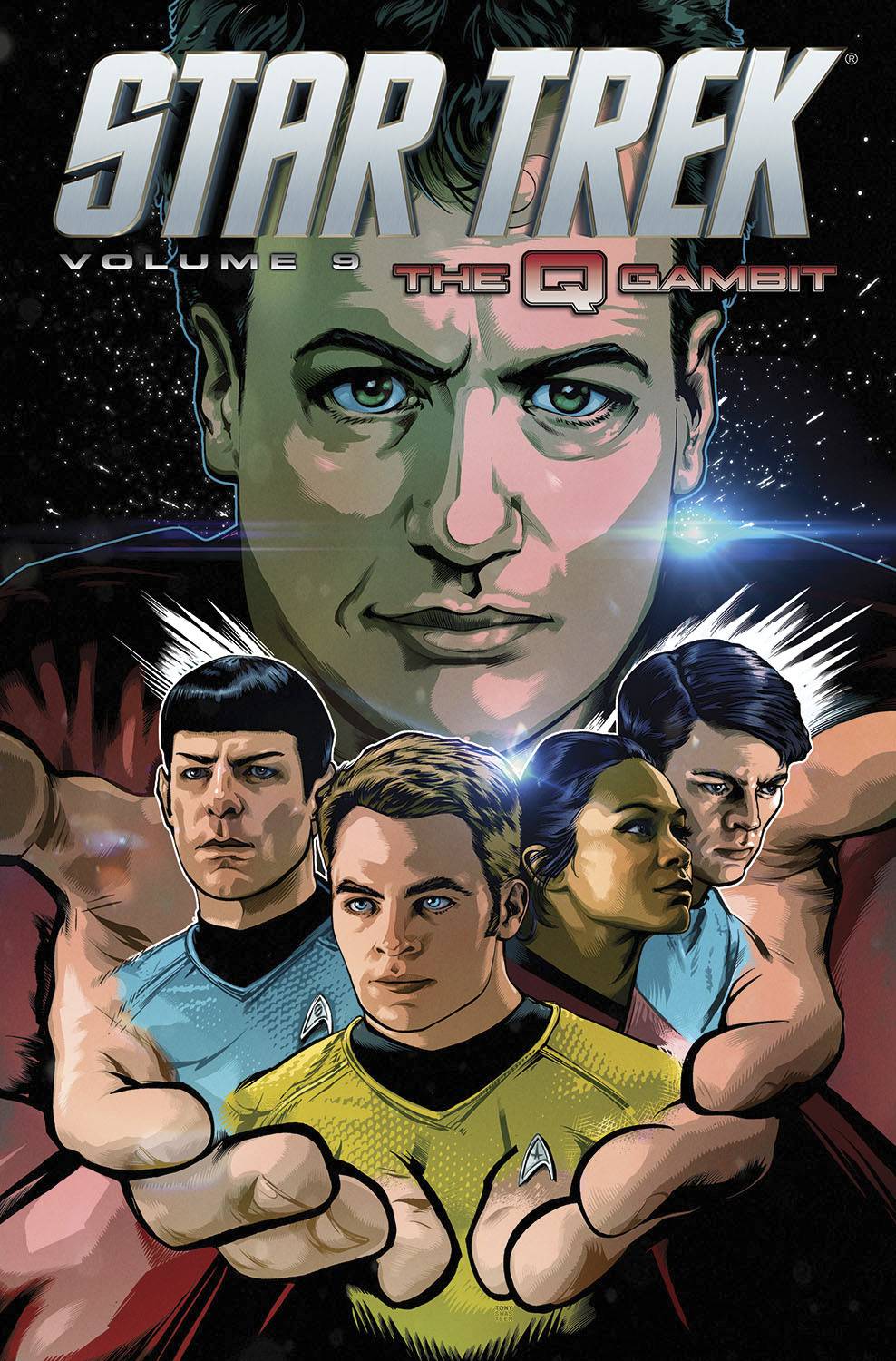 
The crew of the new Star Trek film franchise encounters the classic villain Q for the first time in this galaxy-spanning adventure developed in association with screenwriter/producer Roberto Orci! The mischievous Q sends James T. Kirk on a quest that will see the Enterprise joining forces with familiar faces from Star Trek lore. Collects issues #35–40.

Pre-order: Amazon.com, Amazon.co.uk, Amazon.ca, Amazon.de, Amazon.fr, Amazon.es, Amazon.it, Amazon.co.jp.
For listings of all the latest Star Trek comics, hit the comics button on my 2015 schedule pages, where you'll also find links to all my previous coverage.