The original miniature of the USS Enterprise seen in Star Trek: The Original Series has been on display at the Smithsonian National Air and Space Museum since the 70s, but a few days ago was taken out of it's home in the museum gift shop (where it has resided since 2000). Fear not though, it will be returning, in time for the fiftieth anniversary of Star Trek, and fortieth anniversary of the museum, as part of a revamped displayed in the museum's centerpiece Boeing Milestones of Flight Hall. 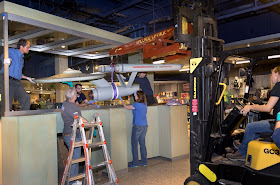 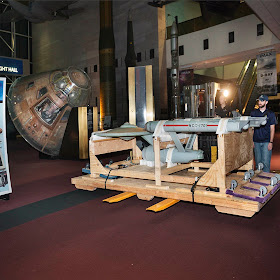 While waiting for the new display area to be readied, the model will undergo conservation work. The Smithsonian laid out their approach to that in their blog about the move:

It will be interesting how much they stick to the conservation over restoration, as previous work by the museum did in fact give the ship quite an overhaul. As you can see in some of the images below, the model currently features rather strong grid-lines that weren't present on it before the last time it had conservation work.

When the Enterprise does return, it will sit alongside other historical artefacts depicting the history of flight and space exploration (like an up-scaled version of Admiral Marcus' office), including the Spirit of St. Louis, Bell X-1, and an Apollo Lunar Module. It has yet to be revealed how the Enterprise will be displayed in the new hall - The case it was just moved out of was created for it after X-Rays at the last move revealed the model was being stressed from its previous hanging displays.

Continue after the jump for a look at the Enterprise's history at the museum.

The Enterprise has been moved, and restored, several times by the museum, starting by reassembling the model after it was delivered: 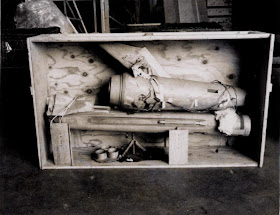 The Enterprise was hung in a few different locations in early displays, starting in the Life In The Universe exhibition: 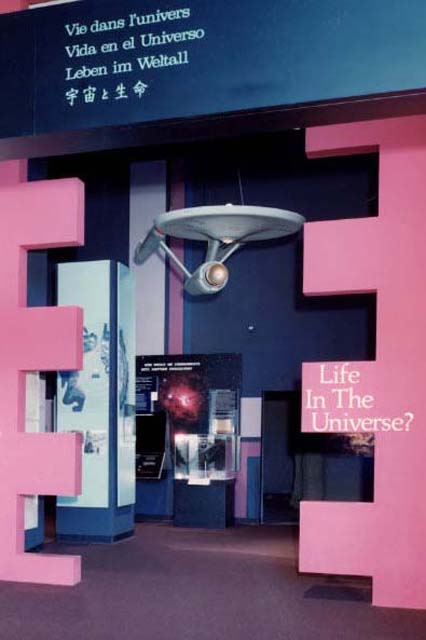 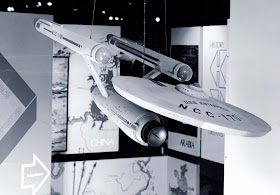 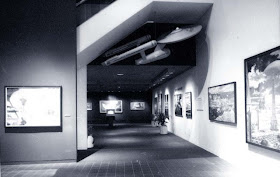 In 2000 the Enterprise was moved to the Museum's gift shop, supported from below for the first time to avoid stressing the model. The new display also meant viewers could get a better look at the ship, with it now not only being visible from below. 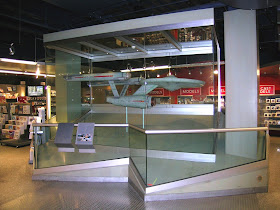