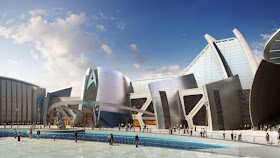 There are currently several attractions around the world in development, that are set to include Star Trek rides and exhibitions. Theme parks in Jordan, Spain, and the UK were all announced some time ago, and while news has been limited as they go through planning stages, they are gradually getting closer to realisation.

Paramount's Mike Bartok, who deals with the licensing of Paramount properties at visitor attractions, recently spoke to Blooloop about the various Paramount attractions in the works, and highlighted how Star Trek in particular is a rewarding challenge for Paramount to develop:


The Star Trek universe has been created on both film and TV, so for the attractions that we’ve done every inch has been viewed and has to be authentic. Some of the other IPs can be a little lighter but for the Star Trek World, it really requires full commitment creatively and financially to pull it off.

Construction is due to start later this year on the Red Sea Astrarium in Jordan (so says the Khaleej Times). The attraction seems to be presented almost like a history, with rides and architecture based on the regional cultural influences from ancient and colonial periods, right through to the Star Trek world of the future. Talking about the Astrarium, Bartok revealed work has already begun on the Star Trek elements:


...we’re fairly far along in terms of completing the film for the project in Jordan with Bad Robot which should be very exciting. That’s going to be a centrepiece attraction with incredible, state-of-the-art technology. It’s more than just a film, it will be the first attraction ever made to be 4D with actual freefall mechanisms in there. It should be fantastic and with Bad Robot involved we will have that authenticity.

Continue after the jump for a promo video for the entire Astrarium project, and updates from other Star Trek attractions: 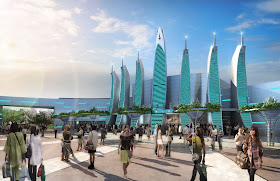 Work on the Paramount Park in Murcia, Spain, was meant to be well underway by now, indeed the basic ground work started last year, but funding and planning issues have caused delays to actual construction. However, according to La Opinion de Murcia, the final hurdles may have just have been cleared, and work is expected to really get going this month.

The Murcia project will be based on numerous Paramount properties. I've previously posted lots of artwork showing the Star Trek rides which make up most of the "Plaza Futura" portion of the park. Bartok is now anticipating this attraction will be opening in 2016.

Even further off is the Paramount Park in London, which is still quite early in the planning stages. According to Kent Online, the current schedule will see actual construction begin late in 2016, with a 2019 opening expected.

Finally, Bartok also told Blooloop about the new chain of Paramount Hotels, which will be opening in various locations in the Middle East and Asia, starting in 2016. The film inspiration will be a little less in-you-face for these, as Bartok explained: 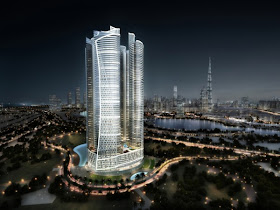 They’re different than you’d find next to a theme park - not themed hotels like you would find in Orlando. They’re luxury high end hotels which have the tag line “inspired by timeless Hollywood elegance.” We’re using the Paramount brand as a luxury brand playing on 5* hotel properties.

There’s certainly going to be a lot to do with Paramount and Hollywood but softer – the artwork will be in there, our libraries will be available for on demand, but it’s not themed. So you won’t have one floor themed as Star Trek. The branding will be key, and we’ve worked with our partner to come up with some designs that are inspired by Paramount Hollywood elegance.

Looking to the future Bartok is also eyeing up other parts of the world:


Without being too specific, there’s a lot of great markets in Asia, China especially and the Middle East. Those are areas that have our significant attention. We’ve had the good fortune to have a couple of projects in Europe, which is a mature market but were excited about it. Asia is very great opportunity with growing economies. We’ve also had some success in the Middle East, particularly with our hotel projects, and we’d like to expand that into successes in the theme park and attraction world as well.

We looked many years ago at Brazil and Argentina but there’s not as much development going on in those markets right now as there is in Asia and the Middle East. Perhaps after the World Cup is finished. Like on the UK project, after the Olympics there’s all this infrastructure in place now to be capitalised on. I think Brazil and Argentina are interesting opportunities.

I'll be posting updates on all the attractions as information arises. You can find all my previous coverage of Star Trek attractions under my "attractions" tag.