Updates from The Official Starships Collection. First up, The Collection's website has been updated with new images of issues twenty-five to twenty-eight, which are the USS Prometheus, 22nd century Tholian starship and Romulan Bird of Prey, and a Maquis Raider. These include the first look at the final model of the Tholian ship, and a new image of the Maquis Raider. The dates on these all seem to be wrong, a couple of weeks later than when they actually should be for the UK releases.

Pre-order: Things From Another World, Entertainment Earth, Forbidden Planet.
Just out this week in the UK is the (impressively huge) Xindi Insectoid ship, which Eaglemoss posted a new image of on The Collection's Facebook page. 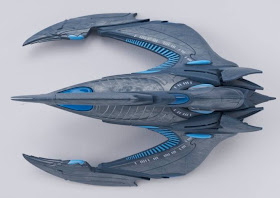 Also sent out to UK subscribers this week was the USS Prometheus, and the back page of that magazine includes a preview for the next, so here's a closer look at the Tholian ship scanned from there: 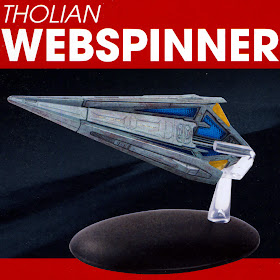 Continue after the jump for the latest magazine covers from the series:

Forbidden Planet posted high res versions of the final covers for the Romulan Bird of Prey and Maquis Raider: 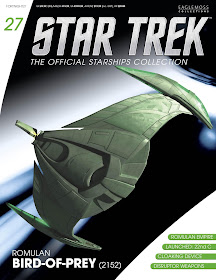 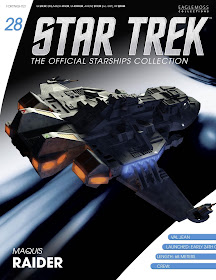 While Man of Action Figures has revealed the cover for the Nausicaan figher: 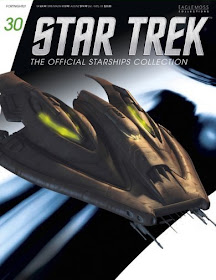