The penultimate set of prints in Juan Ortiz's series of TOS retro designs are out this month, and as ever StarTrek.com have previewed the set, with commentary on each design by Ortiz, highlights of which follow. I think they've saved the best to (almost) last, with Ortiz's brilliant poster design for The Cage in the set: 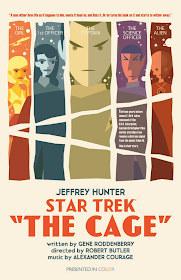 Ortiz had this to say about The Cage, which he gave a different treatment to other designs in the series:


Although I may have been able to work this into the "Menagerie," the style of the art wouldn't have been the same.

I had always admired Shag's work and since this episode wasn't shown until sometime in the 80s (not including the "Menagerie"), I was able to go more contemporary with it. I thought it would be the best one to mention Alexander Courage, as well. 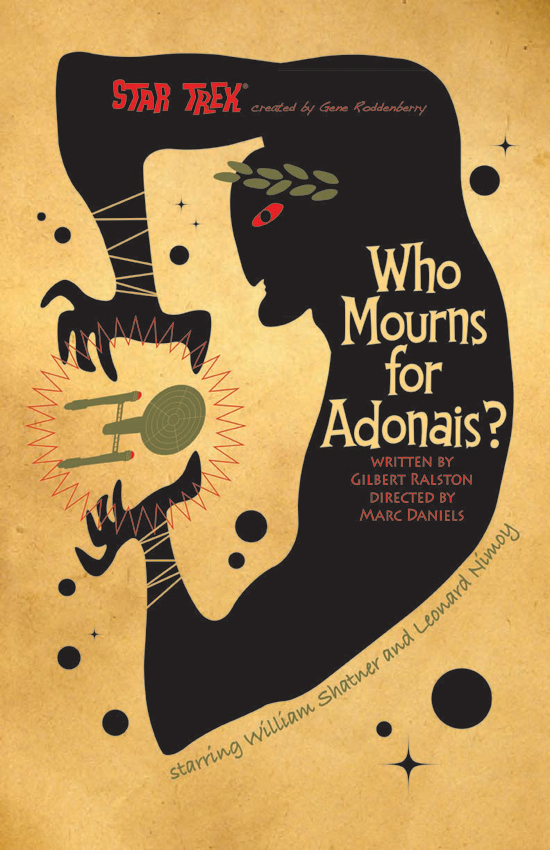 Who Mourns For Adonais?

Ortiz's identified Saul Bass as one of the influences for this one, noting:


I like when there's a fine line between design and illustration. Picasso is also a major influence for this one and other posters.

I think the colors play a big part in this one. I can almost imagine this painted on a wall of an Italian restaurant. Right down to the olive Enterprise. 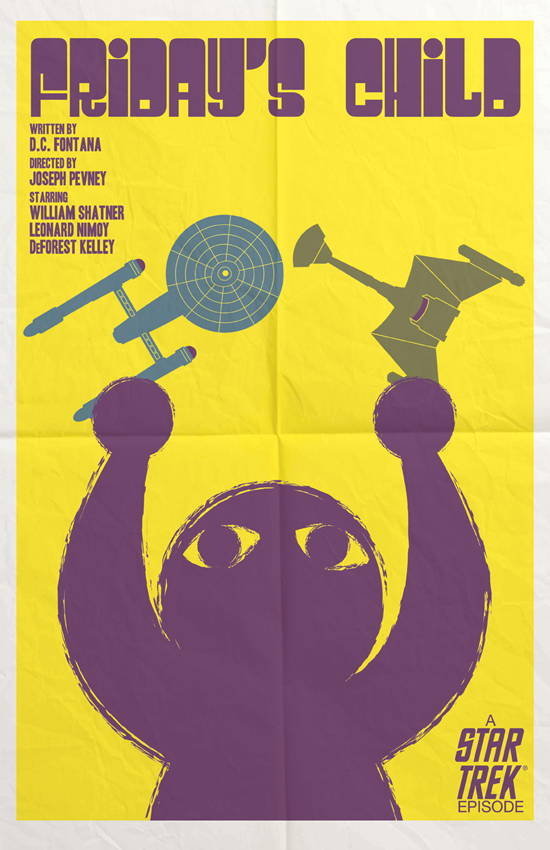 
The work of Joaquín Pertierra was the inspiration for this one. Specifically his Graphic Eye cover from April 1967.

There's a lot of back and forth with colors, sometimes for days. I was also mindful of the posters that came before and after, and whether or not it needed to be more colorful. 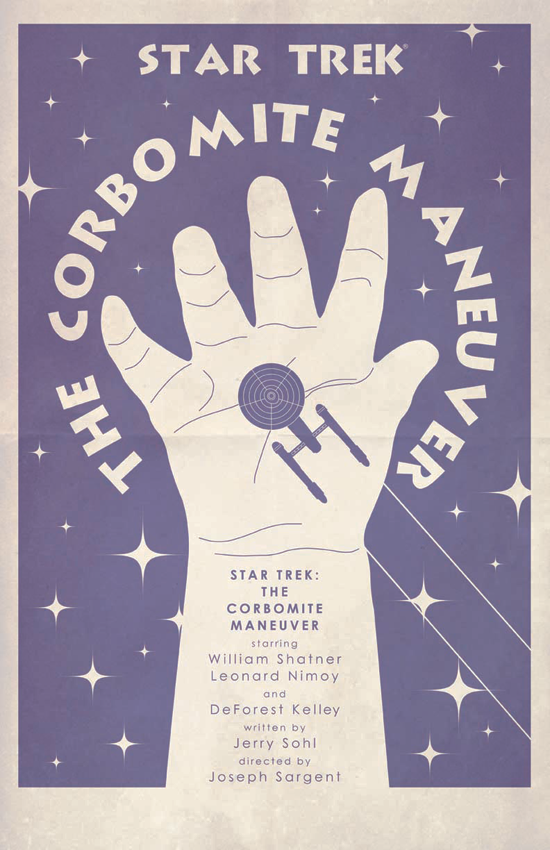 
When taken into the context of the sixties, mankind was in the process of taking baby steps into a new frontier. So it seemed like the writer wanted to tell a story about just how far mankind still needed to go. My image could be Balok's hand or it could also suggest the hand of mankind reaching out to the stars, reminiscent of the apes from 2001: A Space Odyssey.

Ortiz also noted why he didn't such some of the obvious icons from the episode:


The ship was a big reveal in the episode, so I didn't want to give it away on the poster. Balok would have been equally revealing, but by just hinting at him, I hope to generate some interest from the new viewer.

As ever all four designs will be released as a set of posters, as well as printed on T-shirts, and shot glasses. As is often the case, We Love Fine's T-shirts feature slightly different versions of the artwork, without the straight rectangular framing of being a poster; The Corbomite Maneuver even has an extra element in the design to pull the design out of its framing. Continue after the jump for a look at the glasses and T-shirts, plus another completely unreleated Star Trek T-shirt from We Love Fine, which could be a strong candidate for the weirdest Star Trek T-shirt ever made! 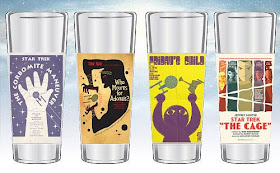 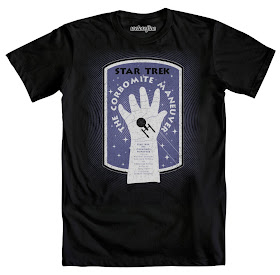 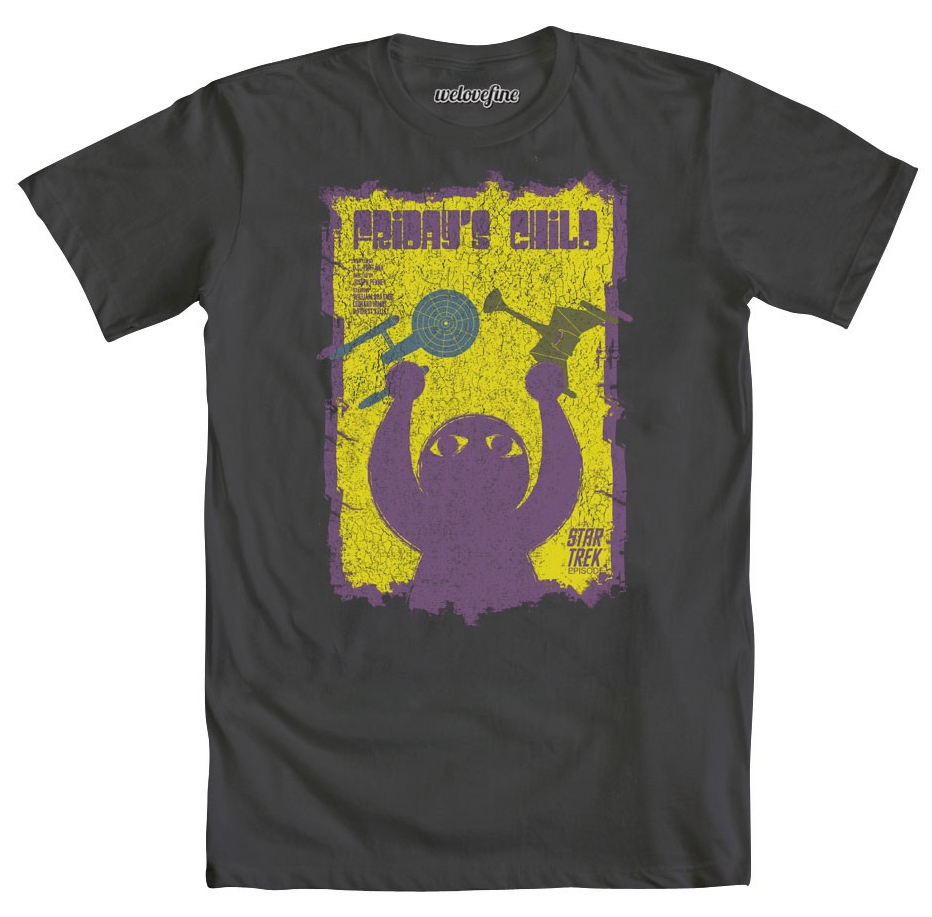 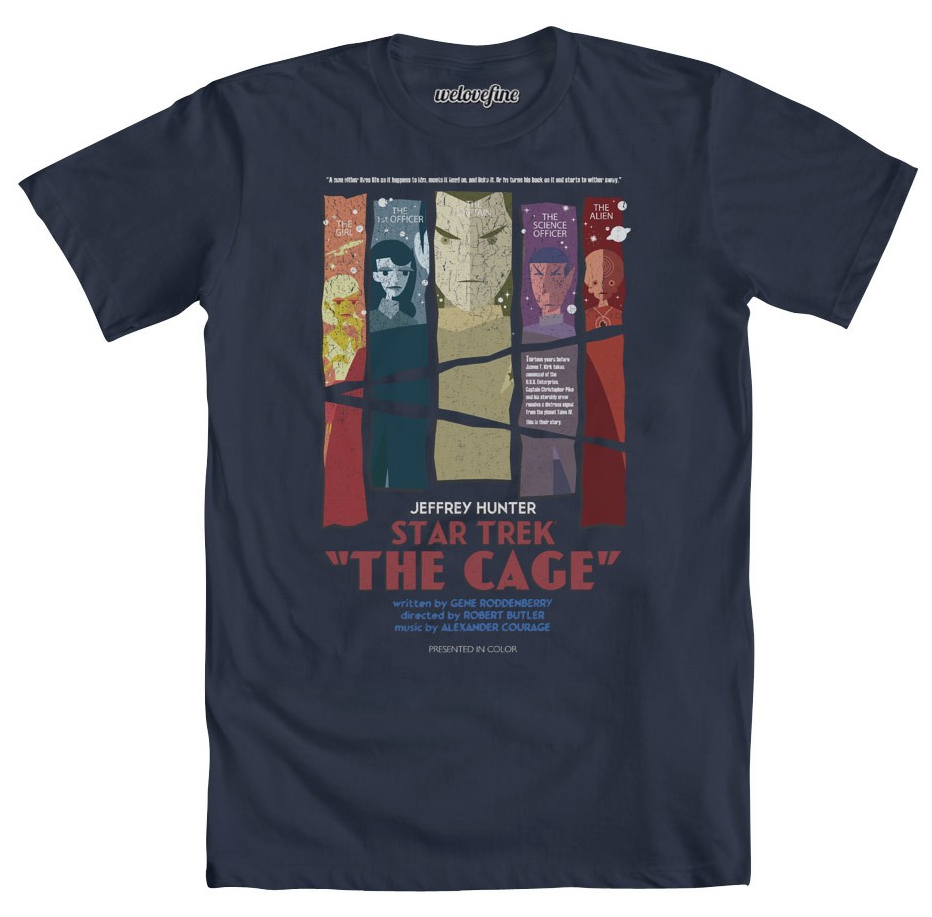 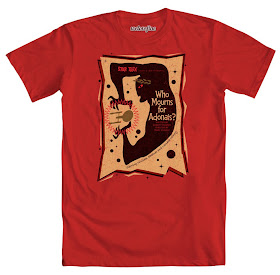 And finally, as promised, one of the weirdest Star Trek T-shirts I've ever seen. "Borg Kitty": 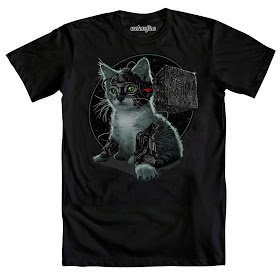