A few bits of news from The Official Starships Collection, starting with the first look at issues twenty-one and twenty-two, the USS Enterprise-E, and Krenim temporal weapon, images of which are now starting to show up on online retailers. These two will be out in May and June in the UK and Ireland, or July in the US. 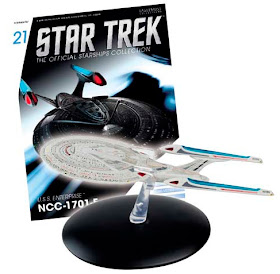 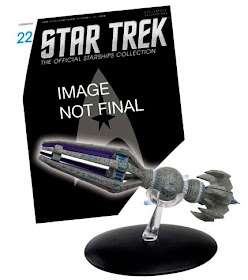 Entertainment Earth have also added a listing for a binder to go with the series, so if you want something to hold your magazines in, you don't have to subscribe to the entire collection to get the binder now. They expect to have them in stock from June.

The Collection's website has also been updated with news of several new ships further into the collection. Issues thrity-six to forty have now been confirmed as the Oberth class, Andorian cruiser, Delta Flyer, Romulan drone, and USS Enterprise-B. 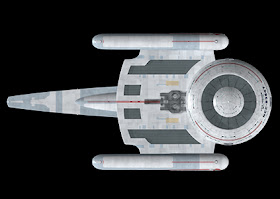 The website also has a new top view images of the USS Stargazer model (issue nineteen): 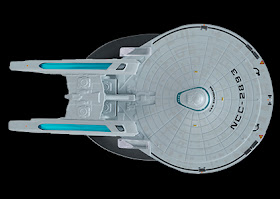