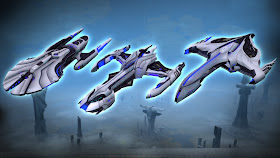 Star Trek Online are celebrating their fourth anniversary with a range of events and bonus items available to players. As I previously reported, there is a feature episode, starring Tim Russ as Admiral Tuvok, thorough playing that, and/or taking part in one of Q's latest festive party games within the game, you can collect points towards claiming a new ship.

Three new designs have been introduced, one for each of the playable factions in the game - the Federation Solanae class, Klingon Nov class, and Romulan Aves class. All the new ships, Dyson science destroyers, are hyrbrid technologies of the familiar starship layouts of each faction, combined with technology from the dyson sphere at the center of the game's current story arc. All three ships are by default science vessels, but also have a tactical mode, which transforms the ship, with more combat systems activating in place of science ones, including the unique Solanae dual heavy proton cannons. All the ships also feature a secondary deflector system, which is to be rolled out to other science vessels in the game later. 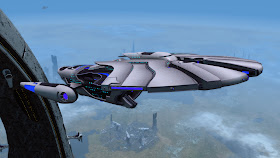 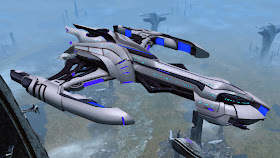 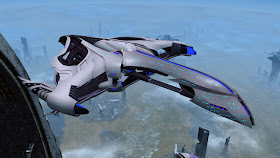 You can find full stats of all the new ships, here, and details of other anniversary items in the game here. You can also read about plans for secondary deflectors in the game, here, and find out all about the real world design process for these ships, here.