IDW have released their May solicitations, which include two new Star Trek comics, and omnibus. May will see the thirty-third issue in the nuTrek ongoing series, which will mean that series has now over taken Malibu's DS9 series in becoming the fifth longest running Star Trek comic-book series ever published. The next series it has to catch up with is DC's first TOS series, but at fifty-six issues, it will be a while before it climbs up the longevity chart.

Also coming in May is the first issue of IDW's new ongoing series, John Byrne's photocomics series, which will be known as New Visions. The series will be released bi-monthly, starting with a double length issue (not sure yet whether future issues will also be longer). The cover below identifies the issue as "part one", but John Byrne has confirmed on his forum it is the whole story in one issue, and that cover is from when they were considering doing it as a two-parter for a monthly release.


After the events of "Star Trek Into Darkness", Captain James T. Kirk and the crew of the USS Enterprise have embarked on their Five Year Mission into uncharted space... only to encounter a deadly new alien species unlike anything the Federation has met before! Don't miss this all-new adventure overseen by STAR TREK writer/producer Roberto Orci! 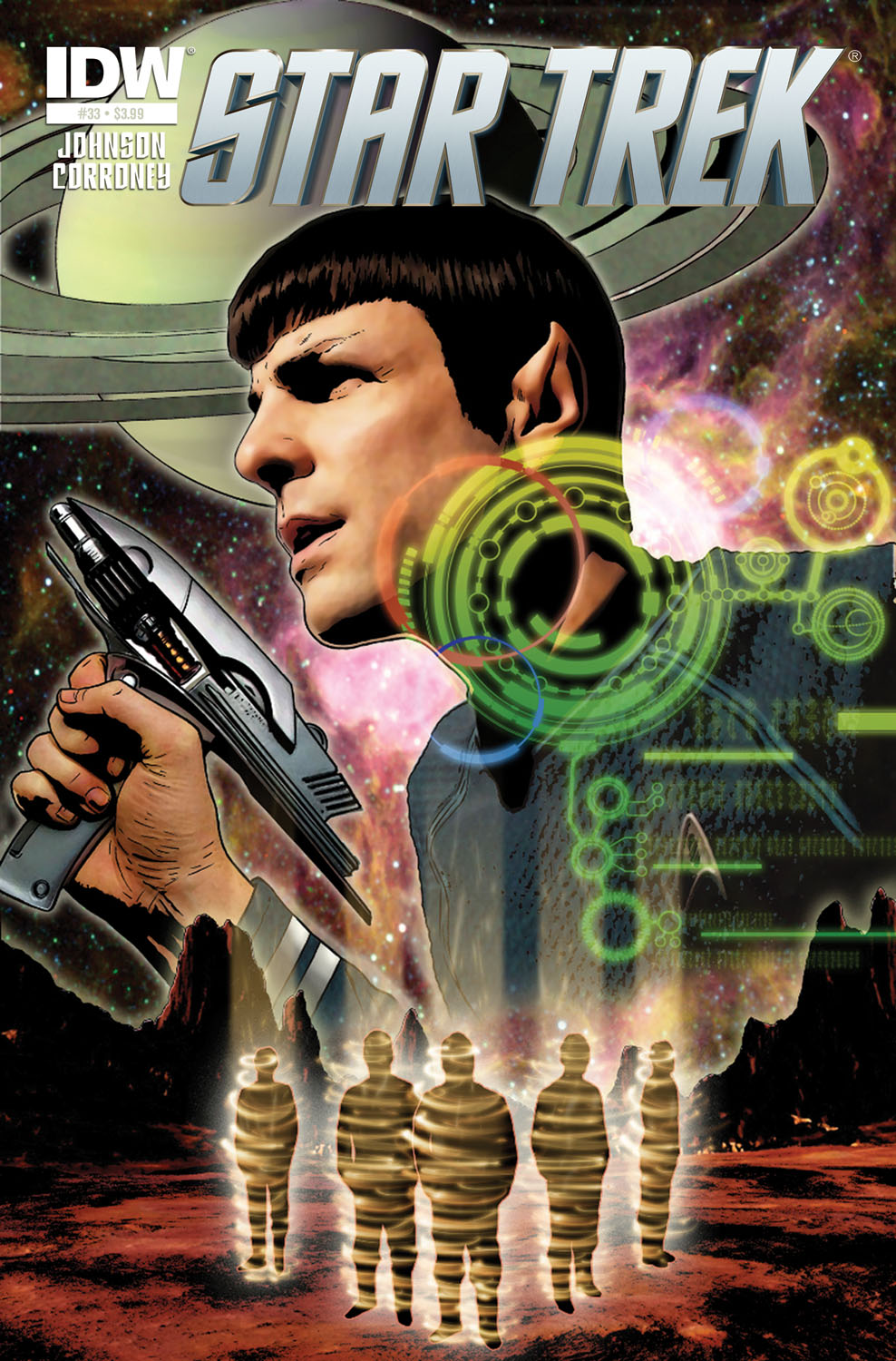 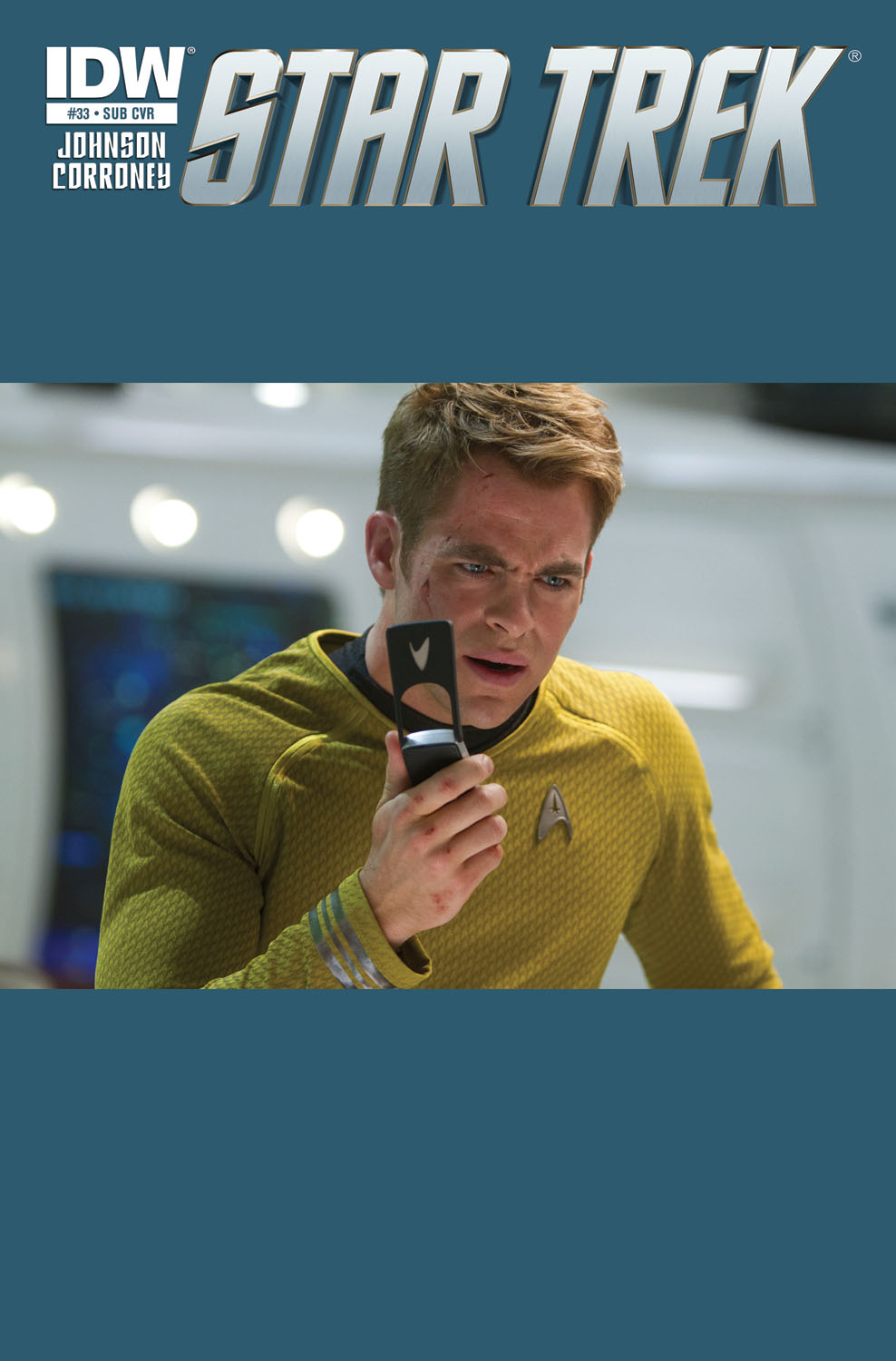 
Following up on last years hugely successful "Strange New Worlds" photonovel, John Byrne once again sets sail aboard the Starship: Enterprise, this time with an ongoing, bi-monthly series that begins by going through the looking glass to tell the story of what happened after the classic "Mirror, Mirror" episode of the original series. The crew discovers two strangers in their midst, and quickly learns that one has made a pact with one of James Kirk's oldest foes. "The Mirror, Cracked" is the title, and the action unfolds in May! 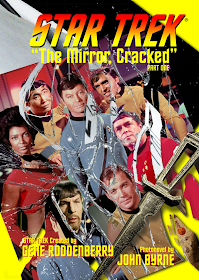 
Witness the shocking origin of Khan Noonien Singh from his earliest years through his rise to power during the epic Eugenics Wars! Behold the events that led to his escape from Earth aboard the Botany Bay! Learn the truth behind his re-awakening by Admiral Marcus and Section 31! It's the origin of Star Trek's greatest villain!