StarTrek.com have released photos, highlighting several different themes: A light-coloured collage-style collection; a grey series featuring the Enterprise with Starfleet uniform coloured trails; and several uniform and retro inspired designs. StarTrek.com also report Crowded Coop are planning several "functional replicas": including a "Starfleet officer flight bag, Tribble coin purse and Tricorder cross body bag", but have not released images of these, and as best I can tell from Awesome Toy Blog's coverage, they weren't displayed at the Toy Fair either. Crowded Coop's Facebook page suggests the accessories range will be available form June. 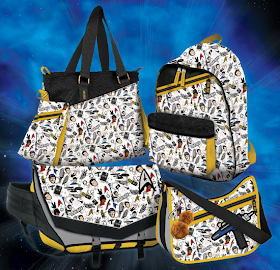 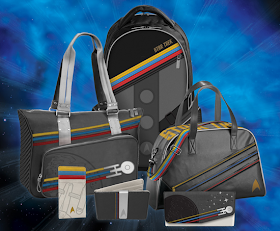 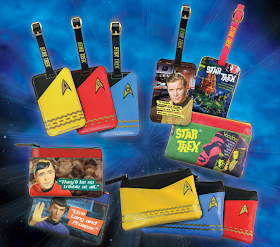 In other Crowded Coop news, ThinkGeek have added several more of the Star Trek pets accessories to their Star Trek offering. As ever they have taken much better product photos than those used elsewhere, so continue after the jump for a better look at some of those products:

Here are the captain's chair pet bed, USS Enterprise chew toy, and Starfleet uniform bowl. ThinkGeek also have dog-in-action photos of each of these, and the other Crowded Coop items they have listed previously. 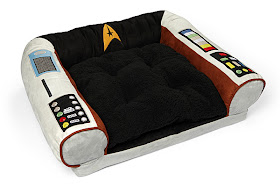 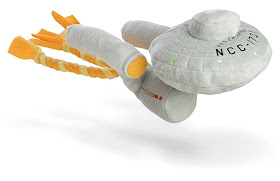 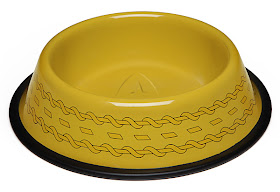