StarTrek.com have announced, Sphere of Influence, a forthcoming feature episode in Star Trek Online, which will see Michael Dorn returning to voice Ambassador Worf. Here's how they describe the mission, which will see Worf hoping around the galaxy via Iconian gateways:


Deep under the surface of Mol'Rihan (New Romulus), Romulan and Reman scientists have been working tirelessly to study the discovery made there. As promised, D’Tan, the leader of New Romulus, has shared this research and invited his allies from the Federation and the Klingon Empire to attend what he hopes will be a triumphant success for his people; the reactivation of the Iconian Gateway.

Reactions to this news have been mixed. The power of instant travel would do much for the fledgling republic, but the specter of the Dewan’s past failure looms over their hopes for the future. Players will team up with an old ally – that’d be Worf -- to uncover the mystery of the gateway, and together make some surprising revelations.

Game Trailers released this trailer for the story:


Completing the mission also gains access to a new starship, the massive Obelisk carrier (the largest playable ship in STO apparently), which is of unknown ancient origin. You can find full specifications of the carrier, it's fighters, and unique systems, on STO's blog. 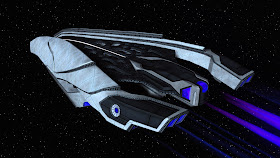 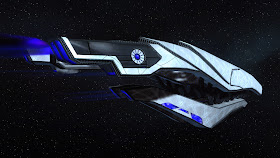 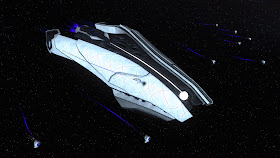