Entertainment Earth has added new listing for issues of the Official Starships Collection coming in the first half of next year, including revealing the official model photos for the Jem'Hadar cruiser (issue thirteen), and Galor class (issue fourteen): 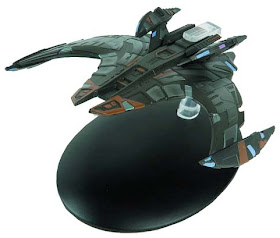 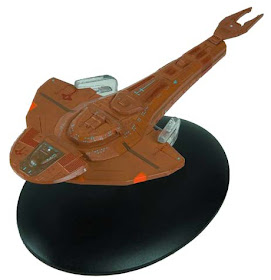 Things From Another World's listing meanwhile include a new image of the USS Excelsior model (issue eight): 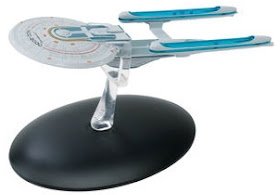 Here too are better quality versions of previously released images of the USS Defiant and USS Voyager models, from Forbidden Planet and the next-issue preview from the Romulan Warbird issue: 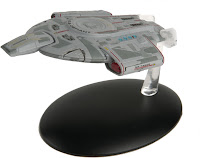 For an previews, reviews and a complete listing of issues in the Starships Collection, check out my index page. Meanwhile, in other starships news, check out this cool little animation of the USS Titan, made by The Light Works in support of a campaign to make a Titan TV series:

And finally, Mark Radmaker has been busy with ringships. Here's an unusual forward view of his ringship Enterprise, which he posted on Facebook: 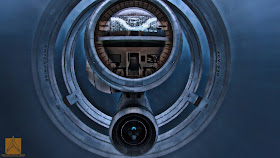 And jumping ahead a couple of generations, here is the latest work-in-progress shot of his design for the USS Demeter (from the Voyager relaunch), also posted on Facebook. He's preparing this one for an appearance in next year's Ships of the Line calendar: