The Official Starships Collection's project manager, Ben Robinson, has previewed another forthcoming model, on the series' Facebook page. The Bajoran solar sailer, is due for release as issue eighteen of the series, in the first half of next year, so is currently still being worked on. The photos below are not the final paint job. Robinson highlighted some things he plans to change:


...there's too much shading and the main body of the ship is just far too yellow and the windows need work

He also revealed that this particular model will require some assembly, with it being delivered in the standard box, but then needing the sails to be attached to make it the rather large model you see. He also noted that they considered making the sails out of fabric, but ultimately settled on resin. 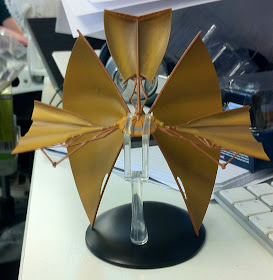 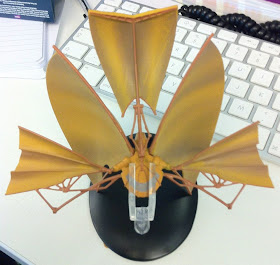 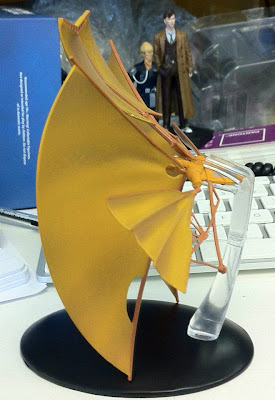 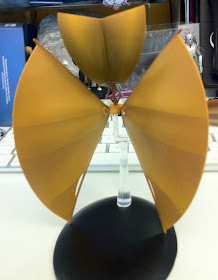 UPDATE: One more little bit of very exciting news: The series' Twitter, replying to a question about ships in the series, has suggested they are considering including the USS Titan in the series!

@BenMurphyF1 We're thinking about the Steamrunner and USS Titan but nothing certain yet. Stay tuned for more info!
— Star Trek Starships (@StarTrekModels) October 14, 2013

For an previews, reviews and a complete listing of issues in the Starships Collection, check out my index page.