What TNG's effects could have looked like with 80s CGI

I little while ago I was excited to here we might get to see some early CGI test footage from TNG on a bluray special feature. Then I was disappointed to later find it was only being offered a as Best Buy exclusive extra in the US. While still not offered in the UK, that footage has now been made available to German fans, who can redeem a downloadable version when they get TNG Season Four. TrekCore have had a look at is, and posted some screencaps, giving us a look at the very different finish we might have got for TNG. The early test footage used the movie-era Enterprise, as the D hadn't been designed yet. As you can see it ranges from terrifyingly awful, to surprisingly good (for the time): 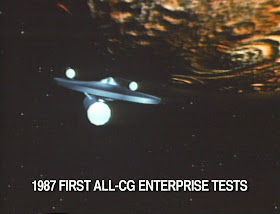 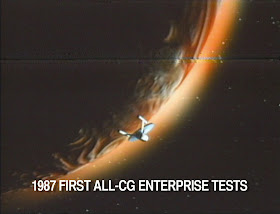 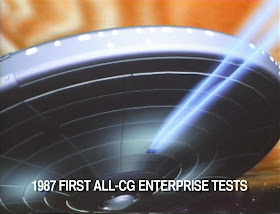 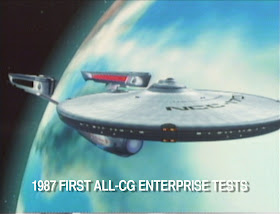 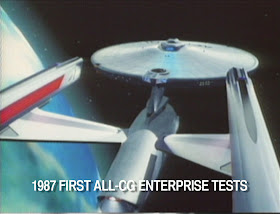 You can see mroe examples of this early shot at Star Trek CGI, and find out more about Best Buy's exclusive extras, on TrekCore.