Inside the Haynes Klingon Manual 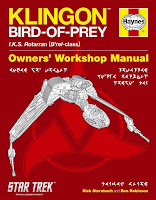 Out now, is the new Klingon Bird-of-Prey Haynes Manual. Mine arrived a couple of days ago, and from my first flip through it looks like a really interesting book, a big step up from Enterprises Manual. If you've not got your own copy yet StarTrek.com have posted interviews with the writers, Rick Sternbach, and Ben Robinson. Here are a few snipits to tempt you, with some samples pages from Hayne's promo website for the book.

Sternbach, speaking about the technical challenges of looking at Klingon design in detail:


It was a challenge, a fun technical challenge looking into the guts of a ship that you didn’t personally design. Not only was it a fun challenge from the standpoint of it being a ship, but a Klingon ship. I’ve had some experience with things like the Vor’cha, but mostly from the outside. With the Bird-of-Prey, I went crazy designing pieces and parts that nobody had ever seen, including the engine room. 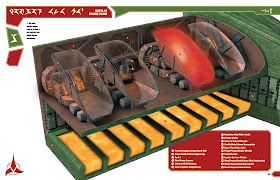 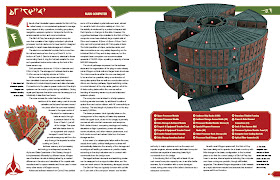 Robinson on his goals for the book:


I think the Enterprise book had been very much a canter through these different ships, and nothing like as detailed as I knew some people would have liked it to have been. So I wanted to create a book that had a nice balance between more technical data, but was still a bit more approachable than some of the really tech-heavy publications there have been in the past. 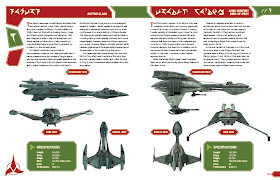 
I think the logical thing to do, and I haven’t even said this to Haynes, would be a Starfleet shipyard. I’m actually working on a collection of small model Star Trek ships. We’re collecting all the different CG models together as reference and then producing die-cast scale-model ships. These ships, like the Akira or… you can get much more obscure, like the Equinox or the Prometheus… they’re a big part of what makes the franchise cool for people, and there’s been remarkably little done about them. So if Haynes come back and say, “That went really well. What do we do next?” I think that’s what I would suggest to them.

The Haynes website also has some wallpapers featuring images from the book, including the centerpiece cutaway diagram. Or if you prefer it without embellishment, the Haynes Books twitter account also posted this version: 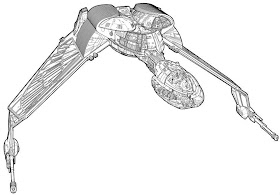 Also posted to twitter is this image, used as one of chapter openers. Here we get to see the whole image without the introductory text: 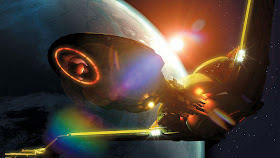