The second issue of Hive came out last week, and ahead of that StarTrek.com posted a two-part interview with the writer, Brannon Braga. Here's what he had to say about the series so far, and where it's going:


The reviews that I’ve read online have generally been very positive, but if there’s one criticism it’s that there’s some resemblance to the Voyager episode “Scorpion” that I did. The answer is, yes, there is a resemblance in that we’re making a deal with the Borg to defeat an enemy from another dimension. But the story veers into radically new territory in Issue #2. Everything is not what it seems with the Borg, and there’s a much larger game being played. Issue #2 is quite action-packed. There’s some really cool stuff and, as the series goes on – and I’m literally working on Issue #4 right now – it really, ultimately dips into some moral quandary for Picard having to do with committing an act of genocide and whether or not genocide is justifiable in any circumstance. It’s just classic Star Trek stuff.

The latest IDW solicitations confirm the omnibus of the series is set for February release. Until then, here is a six page preview (continues after the jump) of the latest issue: 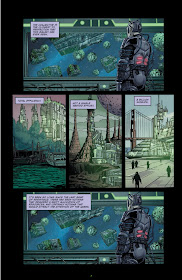 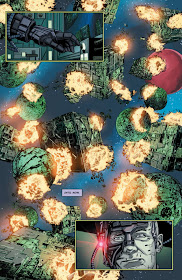 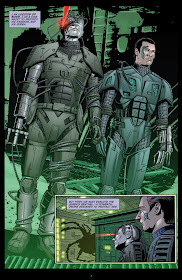 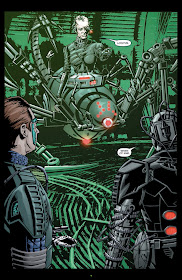 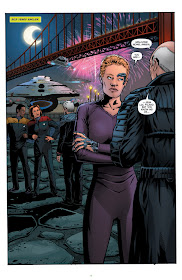 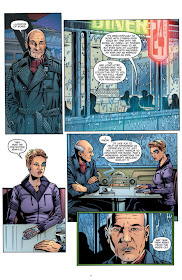