The Doctor meets Guinan and other TARDIS adventures

J.K. Woodward has blogged one of his great behind-the-scenes looks at his artwork, this time featuring the recently revealed cover for the seventh issue of the Assimilation2 crossover. Here's the final art for Bad Wolf 359, sans titles, you can see it it various stages of completion, and check out some details, over at Woodward's blog: 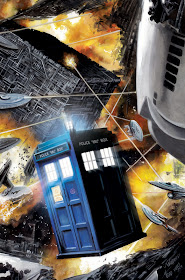 Amazon have added a listing for the second omnibus of the series (collecting issues five to eight), which seems to be using Woodward's cover for issue five. They expect it to come out at the end of January, just a month after the final issue. 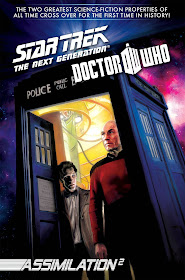 Pre-order: Amazon.com, Amazon.co.uk, Amazon.ca.
Meanwhile, Comic Book Resources has already posted a seven page preview for next week's fourth issue in the series. The issue opens with The Doctor meeting Guinan (excerpt continues after the jump): 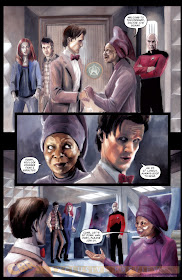 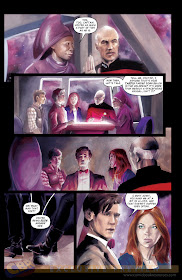 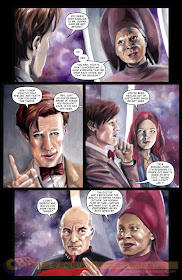 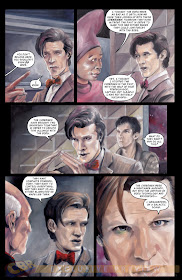 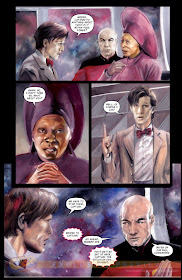 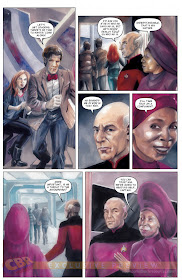 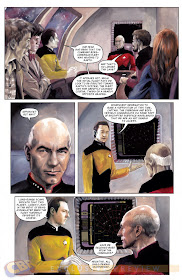