I've been looking forward to the Cross Cult cover art for the Typhon Pact books, as the original US editions were some of the most disappointing Trek covers ever. The same certainly cant be said for the German editions, after the first two a couple of days ago, Cross Cult have now released their new covers for Rough Beasts of Empire and Paths of Disharmony, the last two in the original four book Typhon Pact series: 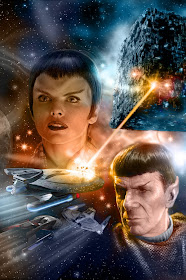 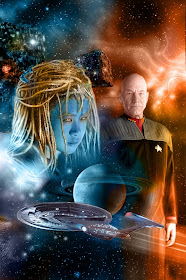 Dayton Ward has handily saved me a bit of image fiddling by already stitching all four covers together, and what a magnificent image they create! Someone needs to give Star Trek Magazine a poke to get this released as a centerfold!