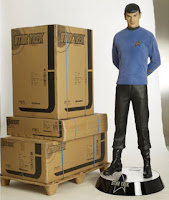 Well look no further than Muckle Mannequins' and Studio Oxmox's latest offering; a life-sized resin Mr Spock. Three hundred Spocks are available, and come in three Star Trek emblazoned boxes. According to StarTrek.com they plan a Captain Kirk to join him later. And for just $3000, how could you resist? 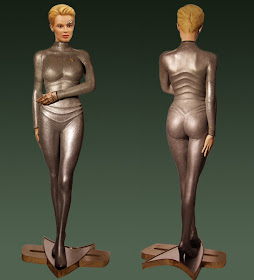 And also offer (what I find much less creepy for some reason), life size dinosaur models, like this T-Rex head!: 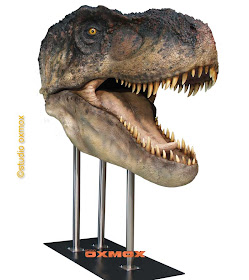