Build the Enterprise, issue by issue

Welcome to part four of my exploration of the cancelled Japanese part-work Build the USS Enterprise NCC-1701-D. After the first hint, a tease, and then all the details of the project, what more could we have to learn? Well the editor of the series (and the Star Trek Fact Files and Collector's Edition before), Tim Leng, has been in touch, and has given me lots of pages from the magazines to share with you. These are all the English language versions too, and include a couple of pages from issues that weren't even published in the Japanese test run!

Tim also explained the premise for the series:


The idea for the project as a whole was that if you'd just graduated from Starfleet Academy and been assigned to the Enterprise this is what you'd be given to help familiarise yourself with the ship and its systems (although in the 24th century it would all be on a PADD, of course). The Tour of Deck pages and the blueprint sheets in particular go hand in hand very closely - the idea being that you could have the massive sheet laid out in front of you and then use the equivalent Tour of Deck card to 'walk around' the deck.

It's not just the Tour of Deck pages that reference the blueprints, if you look in the top right of most pages you'll see a reference to how and where the subject is marked on the blueprints - A pretty nifty way to learn your way around I think.

Below is an issue by issue breakdown of the series, continue reading after the jump to see what was covered all the way up to issue 11! 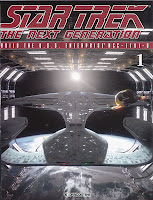 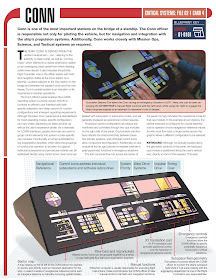 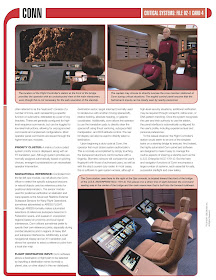 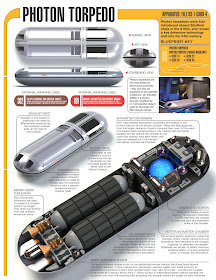 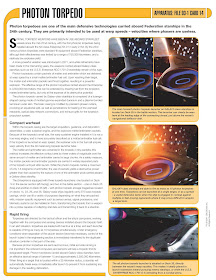 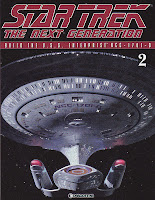 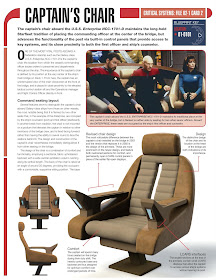 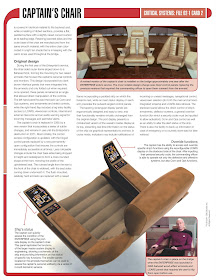 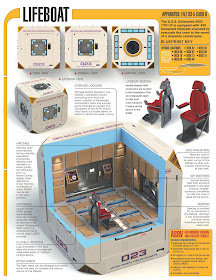 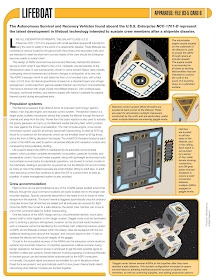 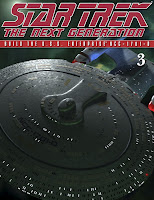 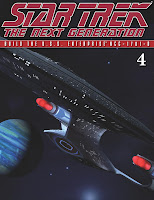 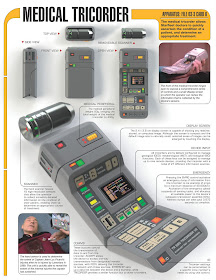 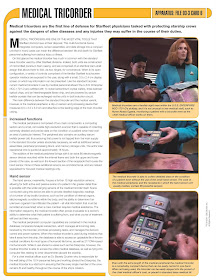 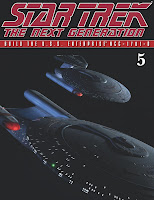 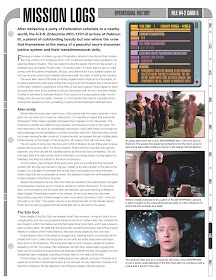 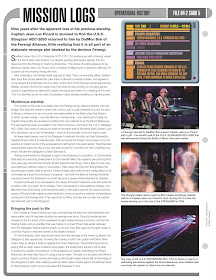 The mission log pages were ordered by stardate, so some of the earlier episodes of TNG were reordered from the broadcast order. Tim also explained how the mission logs expanded the story beyond what we saw on screen:


We were going to have two episodes per issue except for big shows like Best of Both Worlds that would've been double length. We also had a few issues worth of Galaxy-class development stuff (basically expanded out from what's in the tech manual), plus some new info that would've slotted in between episodes - detailing the upgrades made to the ship between All Good Things… and Generations, for example, to explain why the bridge looked different. There would also have been couple of cards post Generations to explain what happened to the wreckage of the ship. This section was actually all planned out to fill the entire 100 issue run! 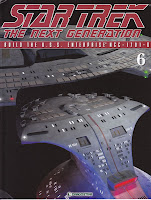 Issue 6
If you were wondering, the question marks on the deck plan labels are apparently where Japanese text would have gone originally; they would have been removed for final publication if it had made it to Britain. 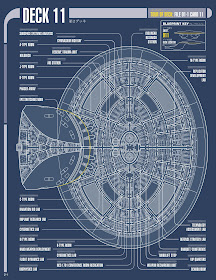 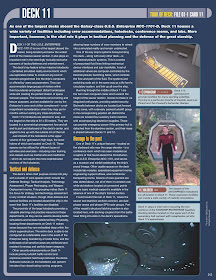 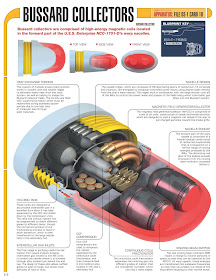 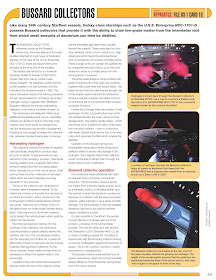 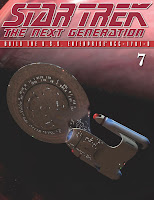 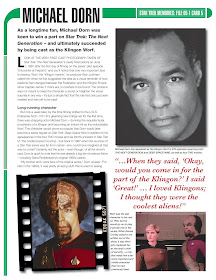 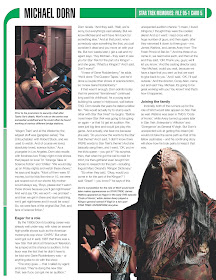 Thanks to Tim Leng for sharing all this incredible lost treasure!