Wizkids have announced their third Star Trek Heroclix game, a two-player game called Tactics. Here's how they describe it:


Star Trek HeroClix: Tactics puts you in command of Federation and Klingon vessels and is 100% compatible with the HeroClix core rules system. Tactics is intended as a standalone game system and will exist outside of the Modern and Golden Age tournament environments. What this mean is Tactics operates by the same rules and Powers and Abilities card that your standard HeroClix game is played with, but is meant to be played as its own game.

Tactics features more than 20 pre-painted ships from both the Federation and Klingon affiliations and will be available for sale in both a 4-Ship starter product and single figure boosters.

And here's a flyer for the game, which says the more-than-twenty ships are in fact twenty-eight ships (or thirty-two if the four in the starter pack are unique to that set?). 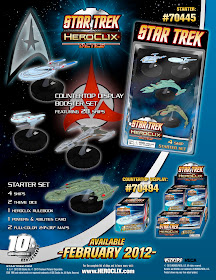 And here are some hgher res mock-ups of the Soverign and Negh'Var class from the game: 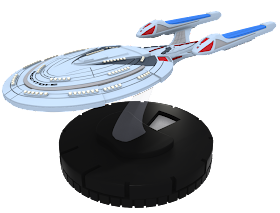 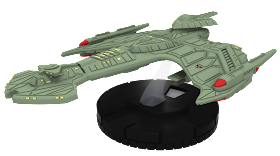 The starter set and individual ships are set for release in February. Even if you're not interested in the game this could be a good way to get some nice ship models.