What was once a paradise begins to crumble between Khan’s fingers. Following a planetary cataclysm, Khan must contend with the rapid deterioration of his formerly ripe and bountiful new home on Ceti Alpha V. In the face of dwindling resources and the beginnings of a revolt from within, Khan continues to hold out hope for rescue and the eventual salvation of his people. But for how long? 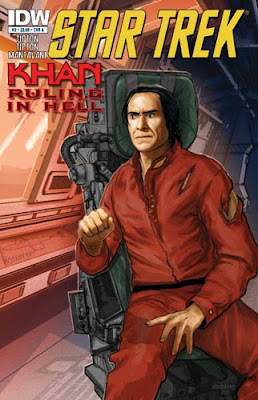