Mark Rademaker has noted on his blog that, because of the recent schedule changes which made Zero Sum Game the first, rather than second, book in the Typhon Pact series, the original mark I version of the Vesta class will be used on the cover; rather than the updated version he has been working on in recent months.

On the flip side it means Rademaker can continue to work on the mark II at less hasty pace, and even has his sights on doing the rest of the Full Circle fleet! Here's his latest Vesta saucer image: 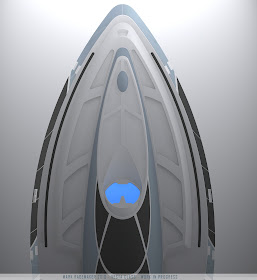