DST at the Toy Fair

Diamond Select Toys unveiled a handful of new Star Trek items at this year's New York Toy Fair: The long hinted at coming Klingon ship has been revealed to be a Klingon Bird-of-Prey, complete with landing gear!: 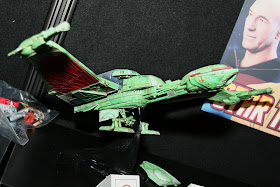 We also have a new scale of ship to look forward to with a minimate scaled shuttlecraft: 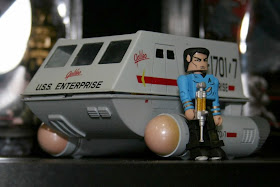 For collectors of larger and more archaic toys, there are four new Mego figures on the way; Captain Pike and Vina, Nurse Chapel, and the salt vampire: 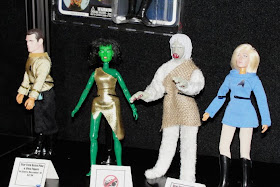 And if you like your collectables at a real world scale, then how about a Klingon disruptor?:

Images from Cool Toy Review and The Mego Museum, and more can also be found at Action Figs.com.