Paramount Home Entertainment have announced a new addition to their Fan Collective DVD collection, which offer episodes of Star Trek from all the series mixed together by theme as voted for by fans at StarTrek.com.

No word yet on what episodes will be featured in the "Captain's Log" collection, or what extra features there will be, previous fan collective releases have included audio and text commentaries on selected episodes. 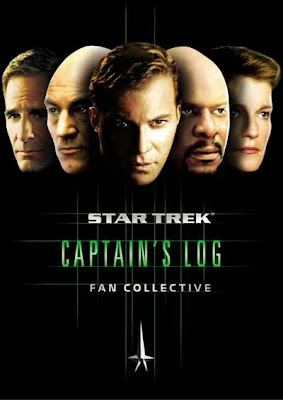 ’s blurb for the release:
The fans and captains have spoken! Not only have Star Trek fans voted online for their all-time favorite captain episodes from all five Star Trek series, but each show’s legendary leader Captain Kirk, Patrick Stewart, Avery Brooks, Kate Mulgrew, and Scott Bakula has carefully chosen their favorite episode, which resulted in Star Trek: Fan Collective Captain’s Log.

Available on Region 1 DVD from July 24th, and if they follow the last fan collective releases in region 2 a few months later.