The Wand Company's Bluetooth communicator is back, and tricorder on the way

The Wand Company, makers of high end Star Trek prop replicas with practical functions, are back in action, with both the return of a classic product, and a new working tricorder on the way. Continue below to check them out.

So far The Wand Company have produced a TOS phaser remote control(ad), a TOS communicator Bluetooth handset, and a type-1 phaser remote controlled mood light rock(ad). The phaser and communicator have been out of production for some time, and as a result are typically garnering very inflated prices on the secondary market. Well that price bubble just burst, as communicator is going back into production for a 55th anniversary release, and is available to order now on the Star Trek Shop (due to ship just next month). 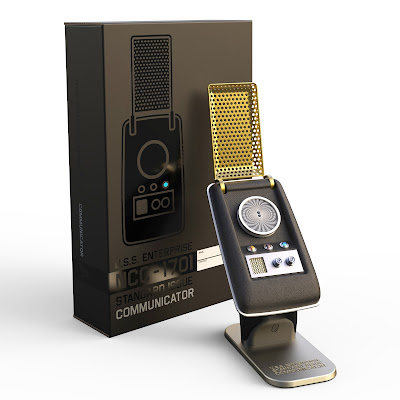 The communicator features updated packaging, but otherwise is a straight re-release of the classic product, which allows you to use the communicator as a Bluetooth handset for your phone, and has wireless charging. It also features some more playful features such as voice clips and sound effects from Star Trek. But what really makes it special is that it's an amazingly accurate reproduction of the classic prop. 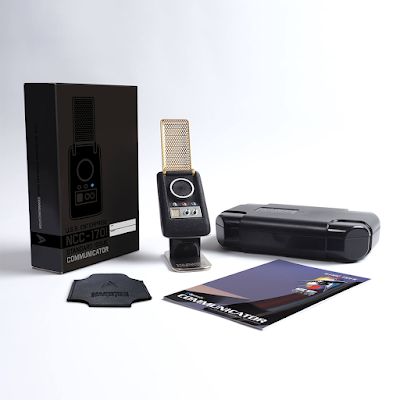 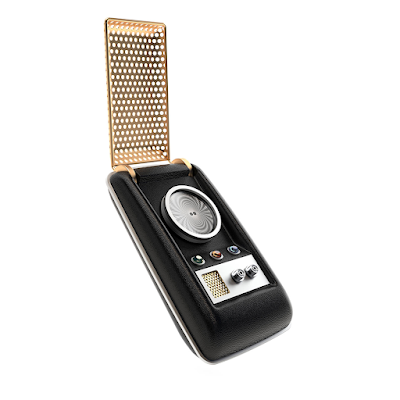 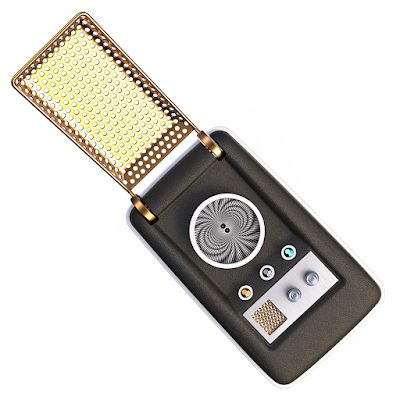 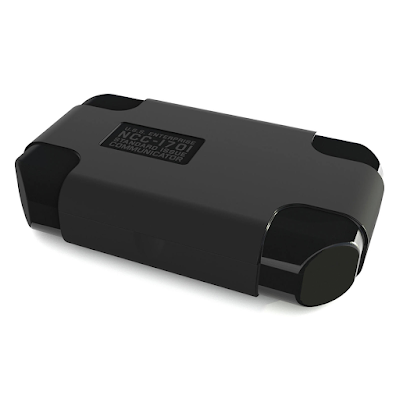 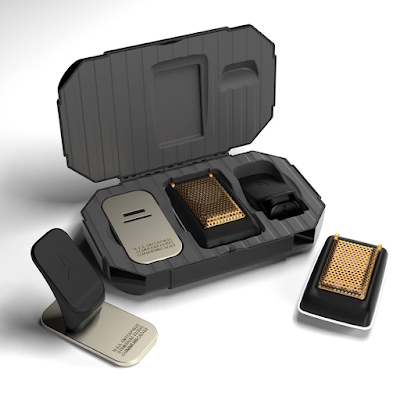 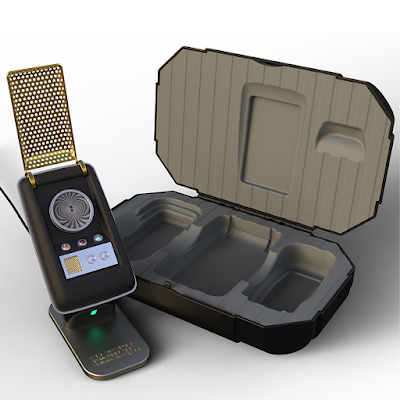 With any luck the phaser will also come back into production at some point too!
Both items will soon be joined by a brand new tricorder. This product has been in development for some time now, and isn't expected to go up for order until the first half of 2022. But to keep up interest The Wand Company have been posting incredibly detailed blogs looking at aspects of their creation, giving a rare insight into all practical realities of bring to life what is both a highly authentic prop reproduction and a complex modern gadget.
One of the more recent blogs includes several photos of their first test shot sample, a built up version of the tricorder from the first tests of the part molds. Doesn't it look splendid: 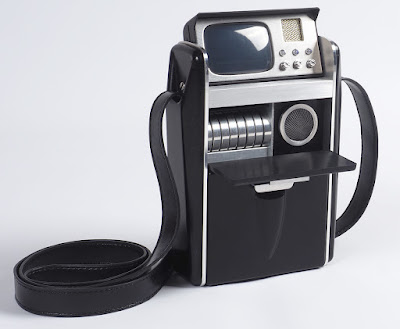 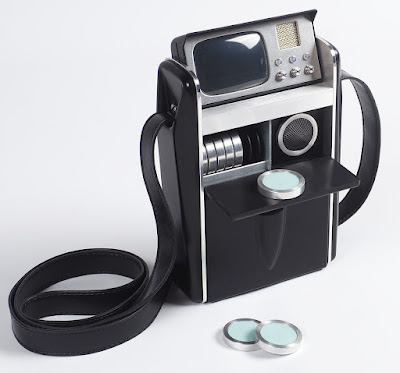 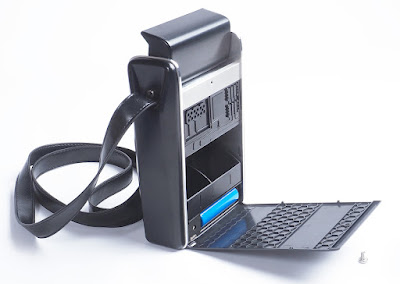 The previous Wand Company props feel almost simply in their functionality (Bluetooth handset, remote controls), compared to the myriad of functions of tricorder will offer. The tricorder will feature a working screen, controlled by the buttons on the hood (one of which is actually a little joystick!), with each of the functions selected by physically switching the data discs inside around, so their different colours can be read by an internal sensor. 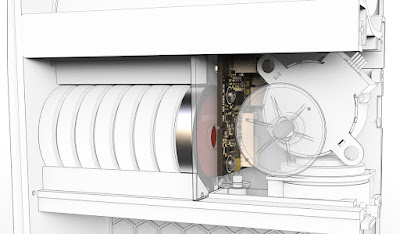 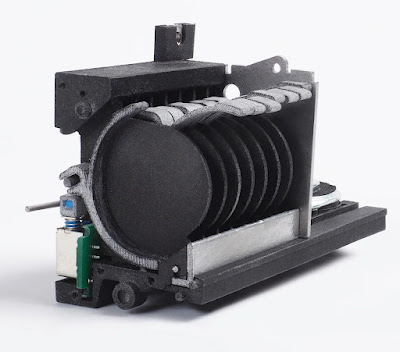 The functions include:
So if you really boil it down, it's a radio, sound recorder, and environment sensor set, with some fun Star Trek information available to look and listen through.
One of those fun Star Trek features is aiming to recreation key tricorder moments from the show, including the historical records seen in The City on the Edge of Forever. The Wand Company team painstaking recreated the newspaper seen onscreen to offer this moment in higher detail than a simple screencap would allow.
Here we have the framing of their newspaper recreations for the tricorder screen: 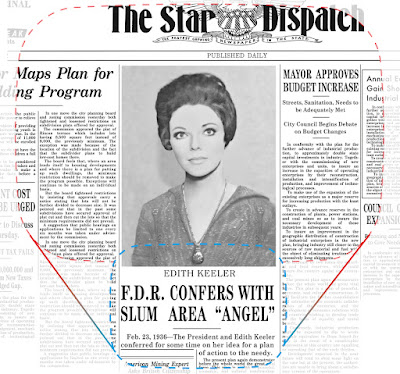 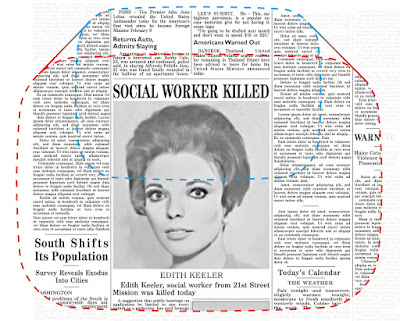 And the final clipped images: 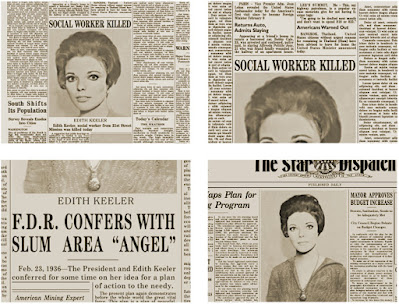 Some of the other development blogs include showing how an original production prop was scanned to provide the template for this recreation: 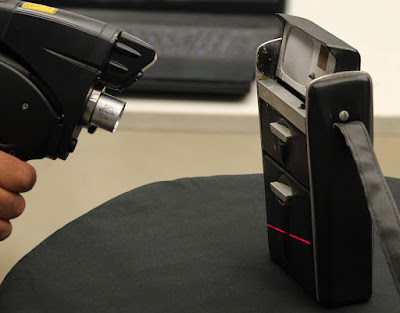 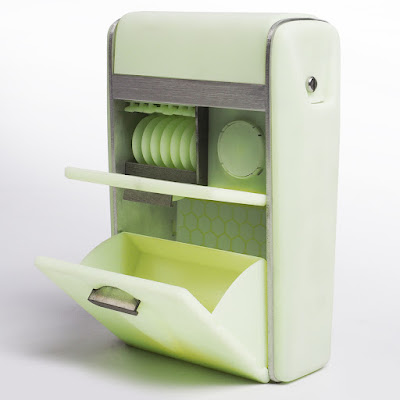 And details of the creation of the final product: 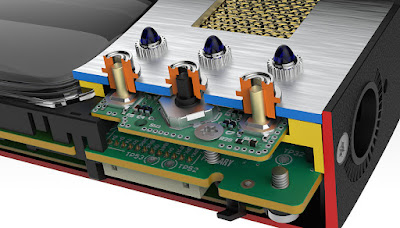