High quality Star Trek action figure makers EXO-6 launched their Decorated Captains series, with Voyager's Captain Janeway the first figure in the assortment which will bring us all the classic-era TV captains, and a companion character for each. Continue below for a close look at this new figure, and some teases of future characters.

Like the previous releases from EXO-6, Captain Janeway is 1:6 scale (about 30cm tall), features a realistic head sculpt, a highly detailed fabric uniform, with built in combadge and magnetic holsters for other accessories. She also has thirty points of articulation for high poseability, and comes with a transporter pad styled display base. Here she is in action: 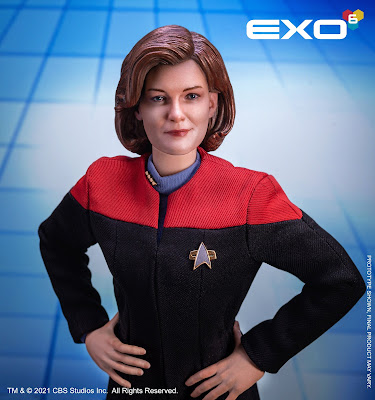 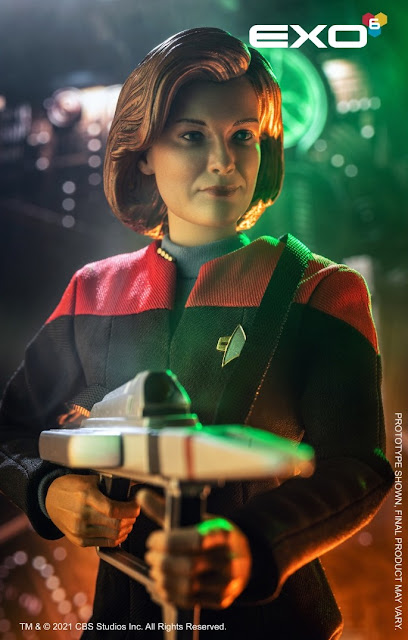 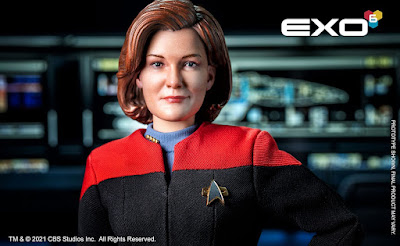 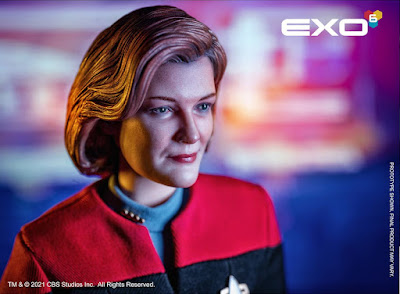 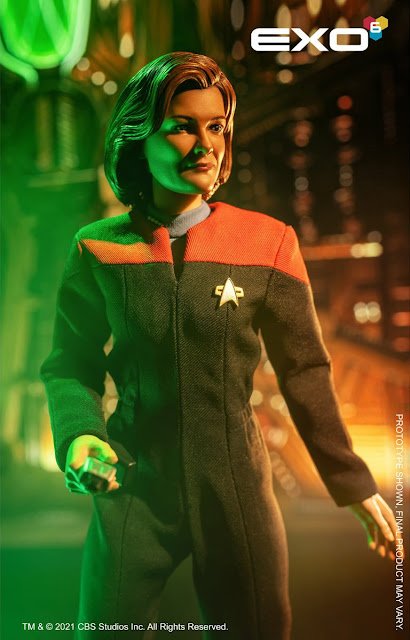 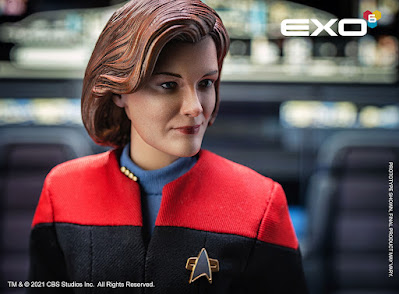 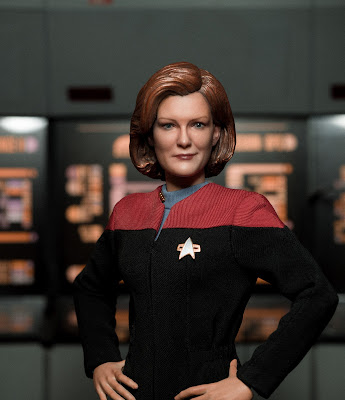 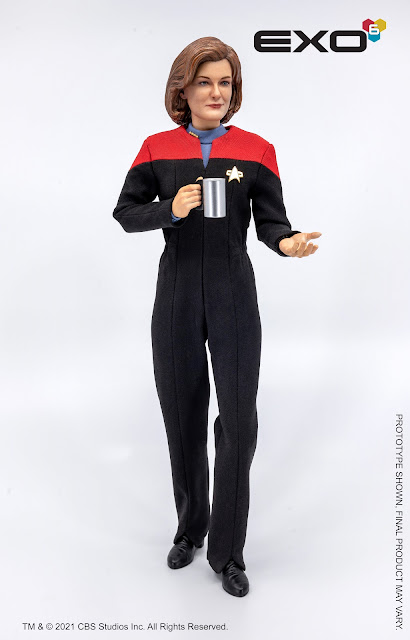 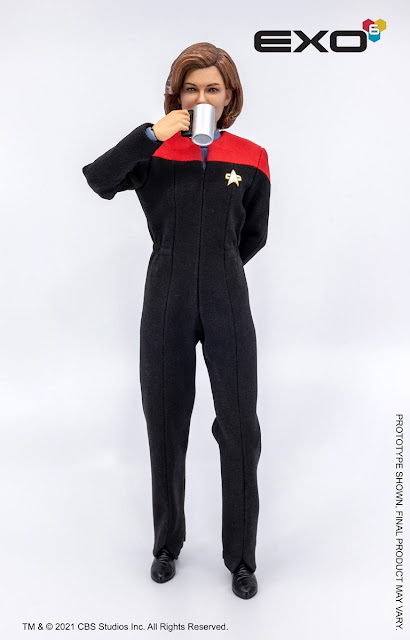 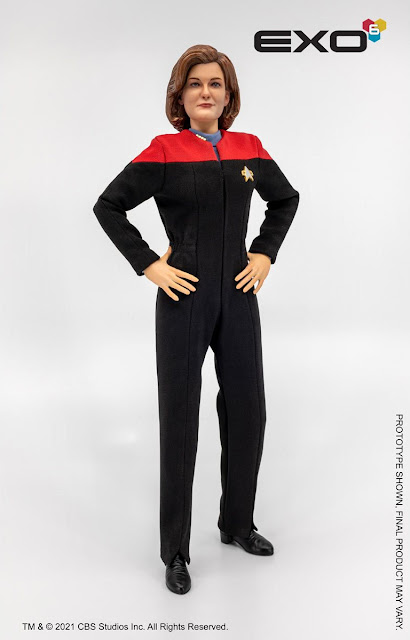 Accessories include a mug of coffee, PADD, tricorder, phaser pistol and phaser rifle, plus lots of different interchangeable hands to hold them all! 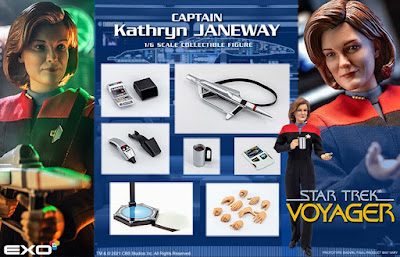 Captain Janeway is up for pre-order now direct from EXO-6, with the first wave (which sold out in 20 minutes!) expected to ship winter this year. Wave two may also arrive then, or possibly early 2022. EXO-6's model only offers a short pre-order window before going into production, but they do also supply quantities to other retailers, so if you miss the direct order, you may be able to pick her up from the likes of Entertainment Earth(ad).
While promoting Janeway, EXO-6's social media also shared a couple of images of Janeway with other figures, including some yet to come: Here we can see her with their earlier First Contact-era Captain Picard(ad), plus yet to be offered Captain Sisko and Captain Archer. 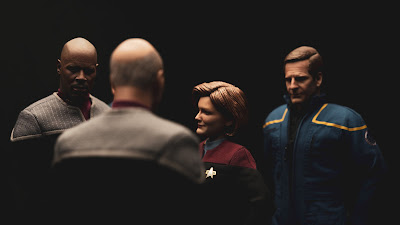 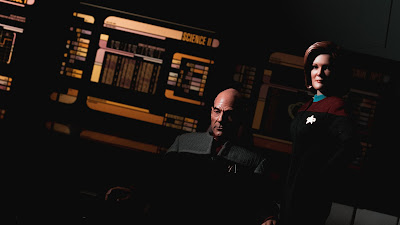 The Decorated Captains assortment will also include a companion character for each of the Captains, and EXO-6 have also teased that next release, The Doctor! I commend EXO-6 for not taking the most obvious path, I was certain they would be doing Seven of Nine in this slot! 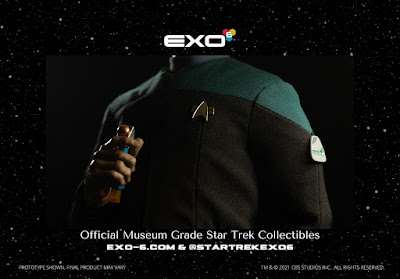 To check out EXO-6's previous figures and previews, have a look back through my EXO-6 tag.