Funko have revealed a new assortment of Star Trek characters in their Pop! vinyl figure collection, returning to The Original Series for a second time, with a mostly Mirror, Mirror themed set of characters. 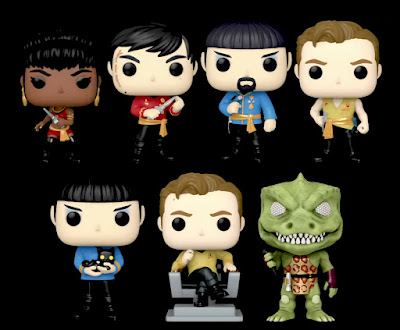 UPDATE: And StarTrek.com have now announced the range will also include Khan; check him out below.
According to Entertainment Earth(ad), most of the characters are expected in June (although most other retailers say July): Khan(ad), alongside Captain Kirk in his captain's chair(ad), mirror-Uhura(ad), mirror-Sulu(ad), mirror-Spock(ad), and mirror-Kirk(ad). Spock holding Isis will be available directly as a Funko.com exclusive, and the Gorn(ad) a Target exclusive.
Here's a closer look at each of the characters. UPDATE: Via TrekMovie, the packaging too. 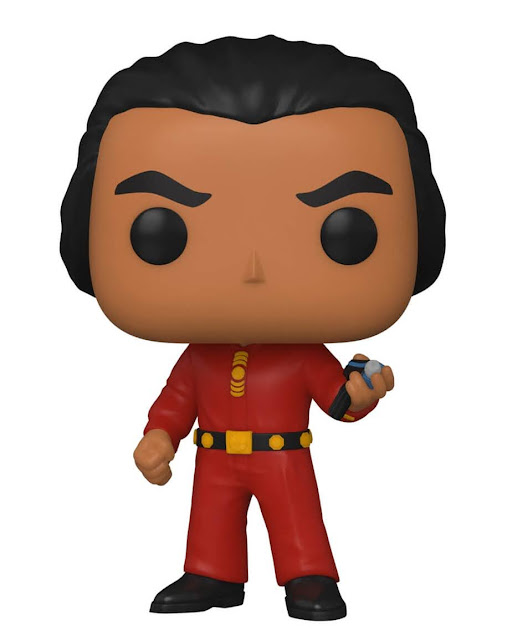 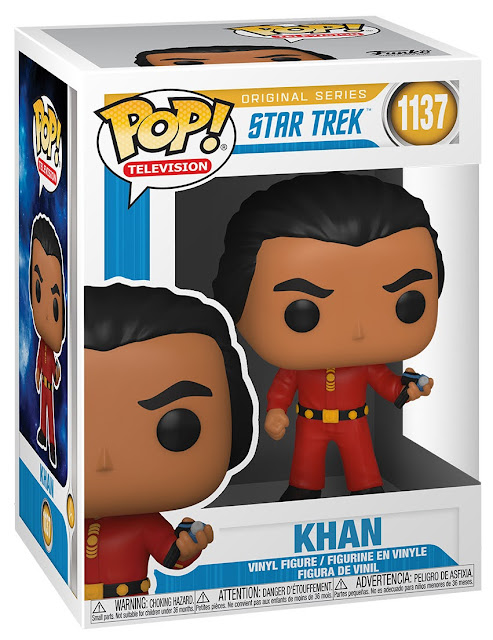 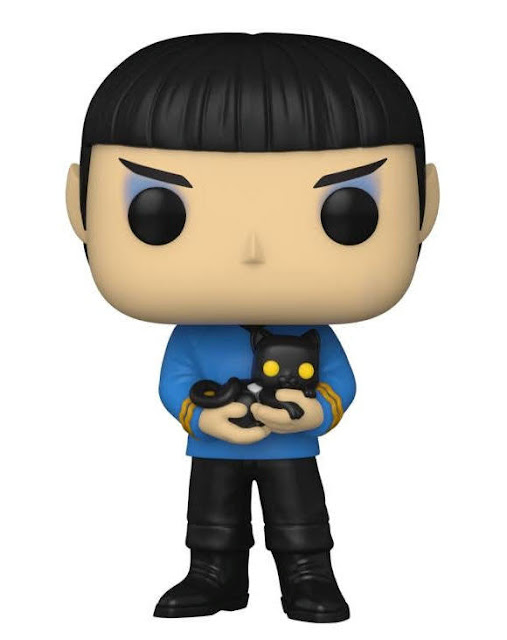 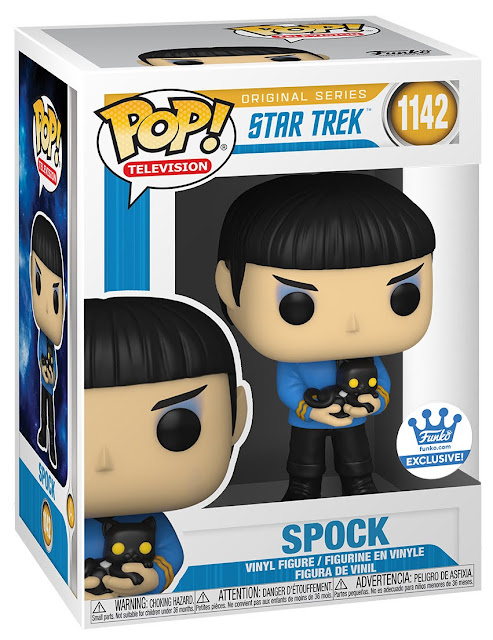 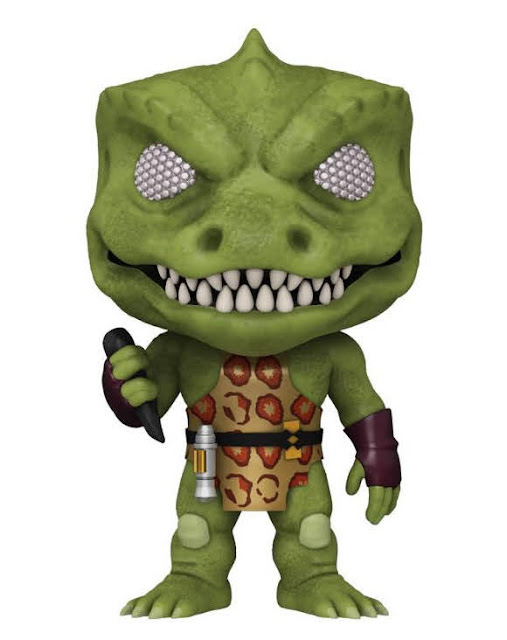 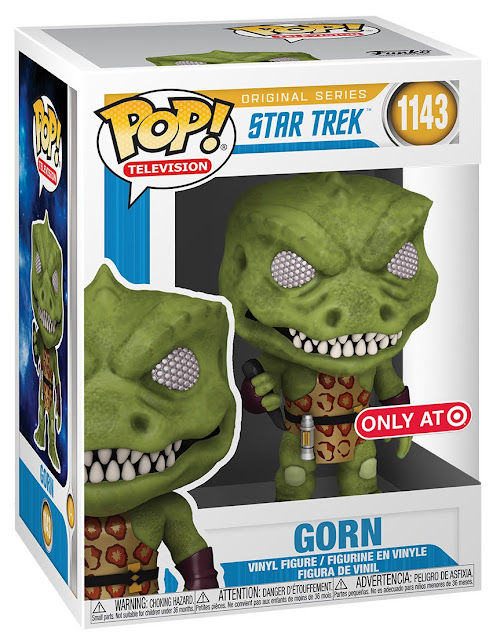 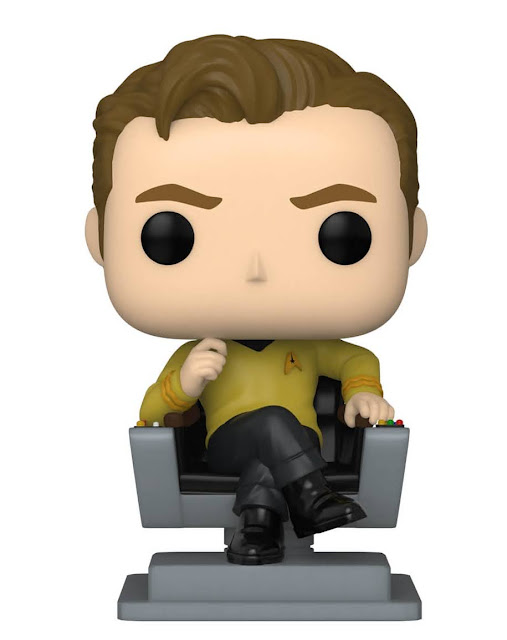 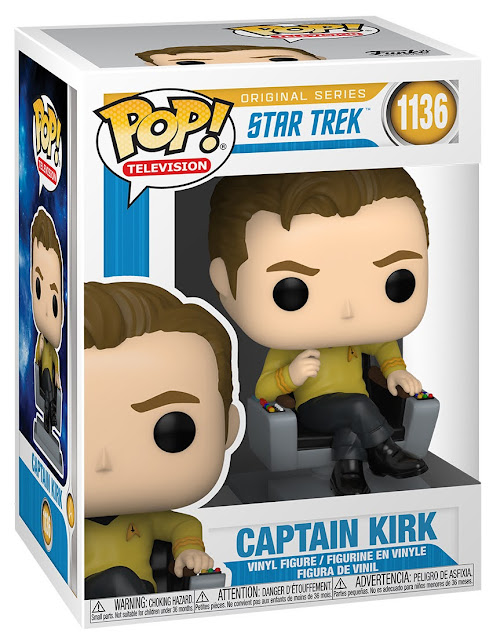 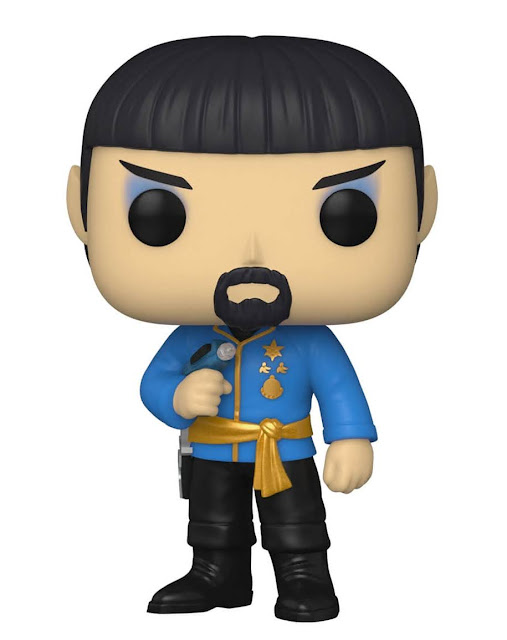 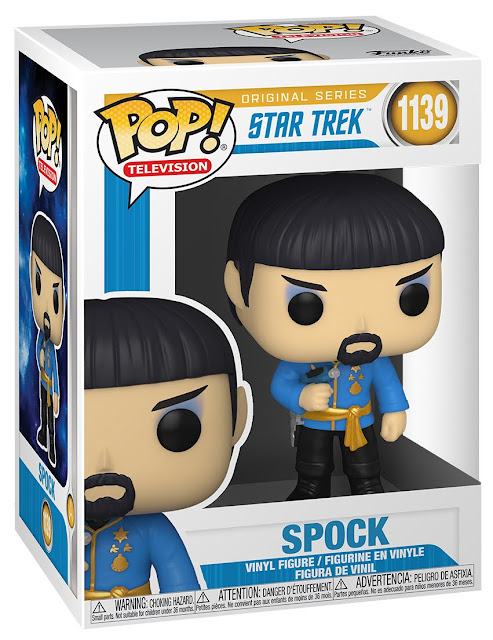 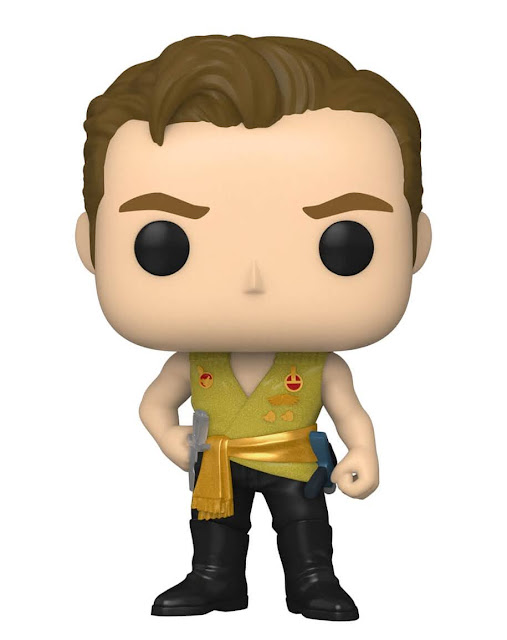 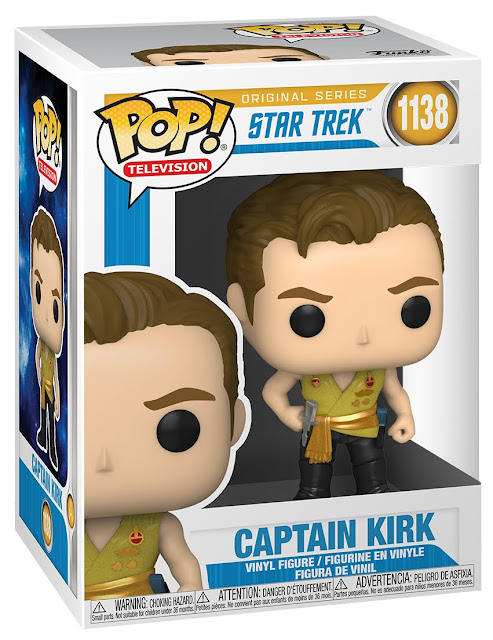 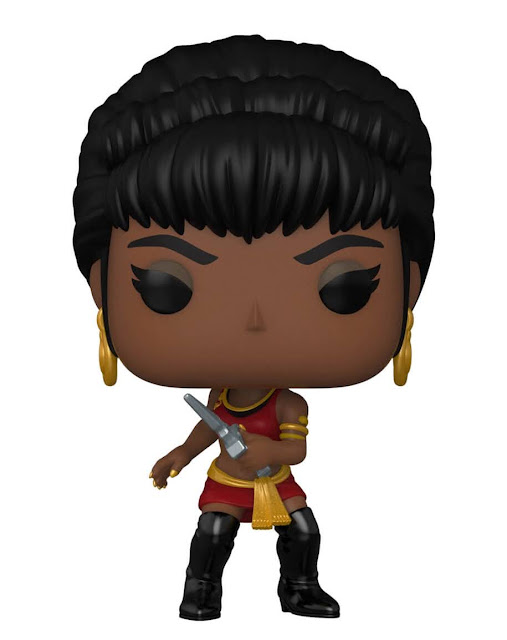 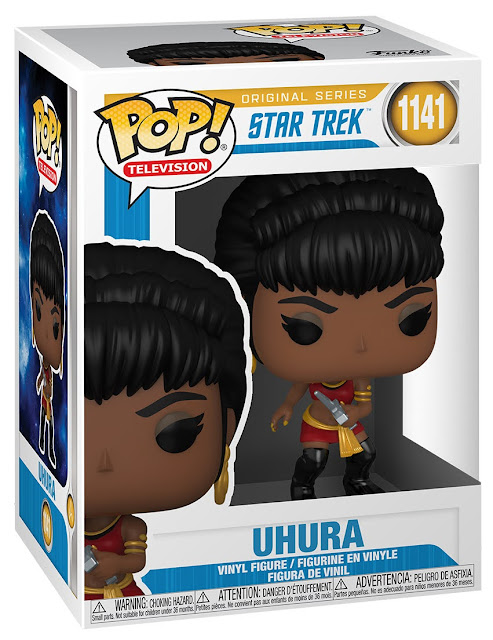 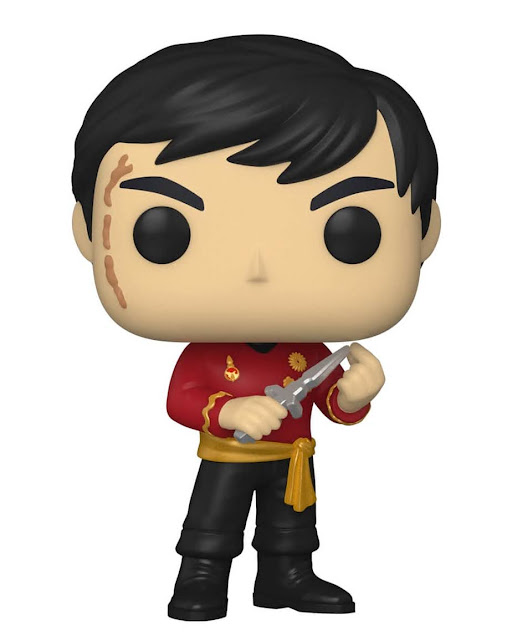 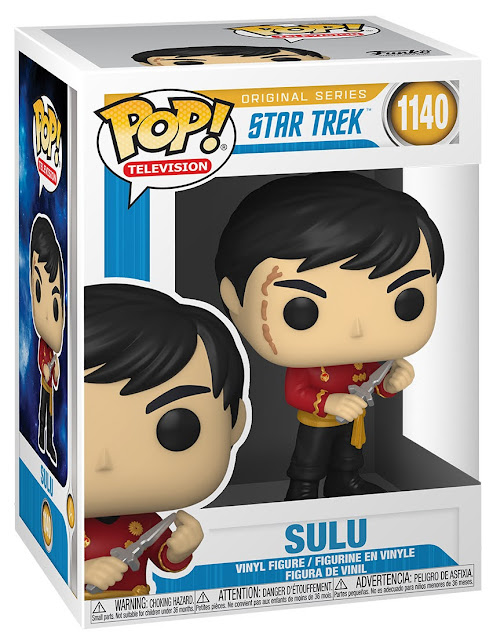 These were all initially revealed in a quite bizarre gameshow formatted announcement video, alongside other new Funko characters from other series. If you care to endure it, you can watch here:

Funko have visited the Star Trek universe several times before for their Pop! range, including a TOS assortment(ad) back in 2014. That included another version of mirror-Spock(ad), and more simple takes on regular Kirk(ad) and Spock(ad), plus Scotty(ad), an Andorian(ad), Klingon(ad), and Vina/Orion(ad).