Heritage Auctions are currently listing a number of items sourced from Dan Curry, Star Trek visual effects supervisor from early TNG, through DS9, Voyager, and Enterprise. The work spans all of those series, and what is mainly on offer are collections of concept art, for various Star Trek starships, locations, and weapons. Continue below to check out some of these fascinating bits of Star Trek history.

The highlight of the collection in my view is the only model on offer, a rough concept for a "Borg Battle Drone". The model is displayed with a little plaque that describes what the ship is:

When conceiving this fighting platform I imagined it would be controlled by biological drone brains connected to the Hive Collective physically imbedded into the space craft.

It was important to reflect the Borg pragmatic approach to engineering.

Function is supreme with no regard to aesthetics. New structures are added as needs arise.

An even more gruesome version of the Borg had it been brought to life! Heritage Auctions attribute this design to TNG, though it's not clear which episode it might have been created for (if any that ever got to production). They also point out the the concept of a growing adapting Borg ship was eventually realised in Enterprise's Regeneration. 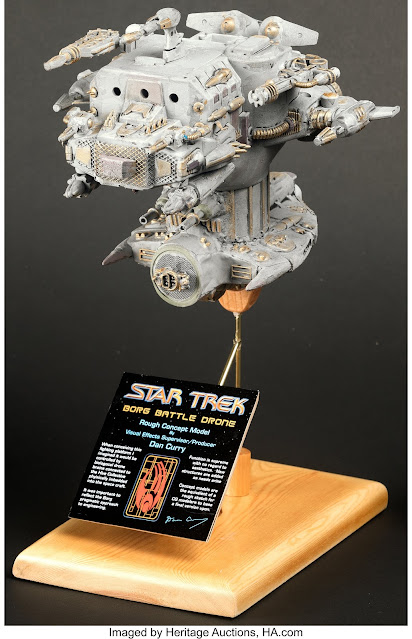 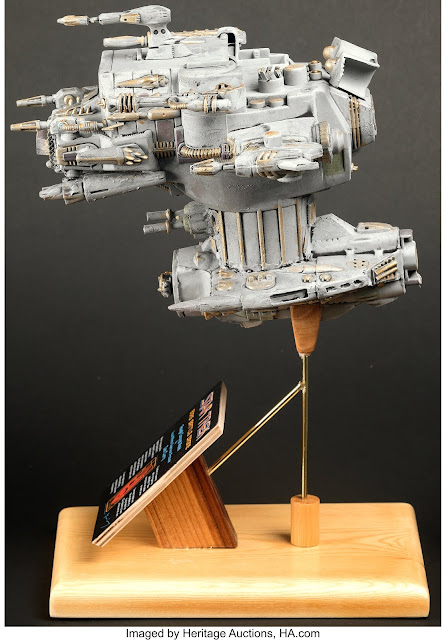 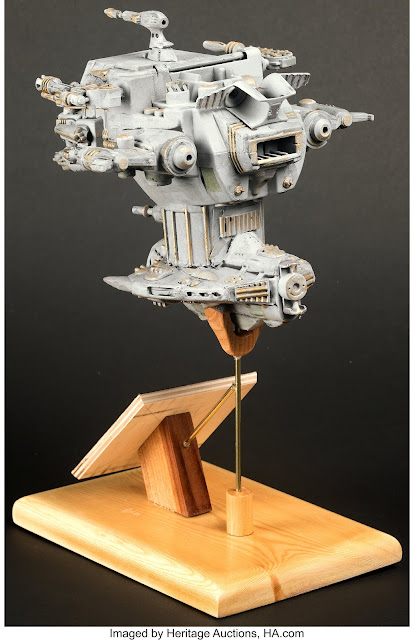 Another lot includes multiple pieces if starship concept art, including one for the equally unusual Borg ship from Descent. Also in this lot are concepts for a generational ship, apparently for an idea for Generations, a Dominion ship and another alien cruiser for DS9, and a Starfleet single-person work-pod for TNG. 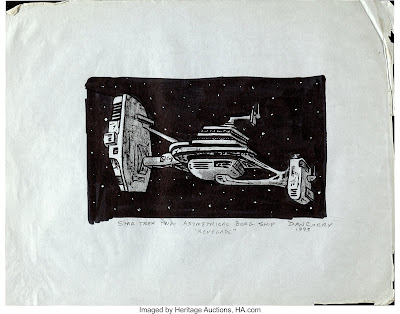 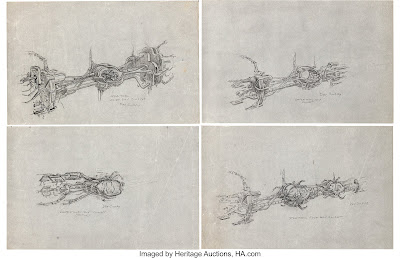 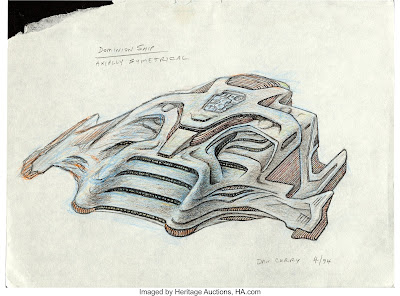 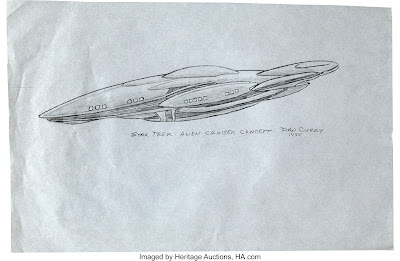 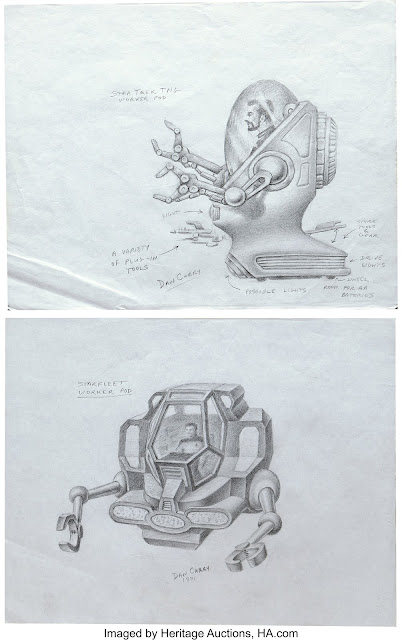 Another lot also includes several starship concepts, including what it clearly the Hierarchy ship from Voyager. Other concepts in this batch include some other pod-type quite organic ships, although they date back to well before Voyager. One more is from the Voyager era, and has a bit of a Kazon-look to it. 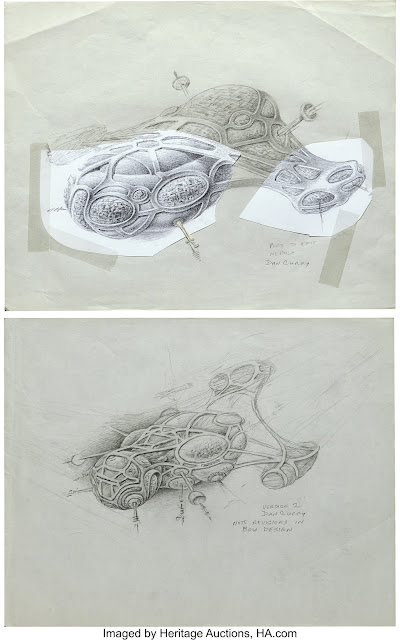 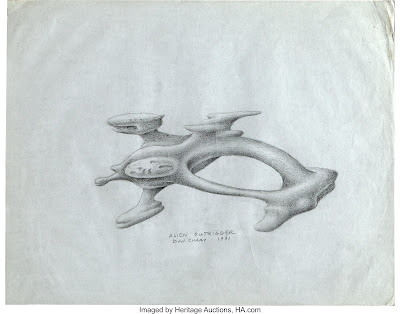 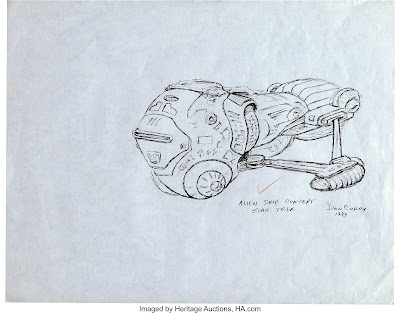 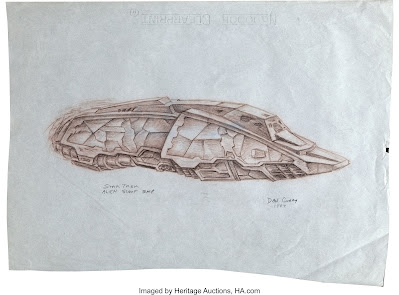 Yet more Voyager ship concepts are in another lot, including a a definite Kazon design, along with a Vidiian ship, Captain Proton's rocket-ship, and the Quarren city from Workforce. 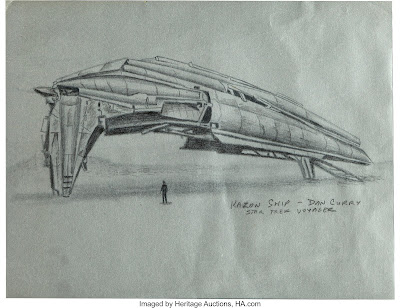 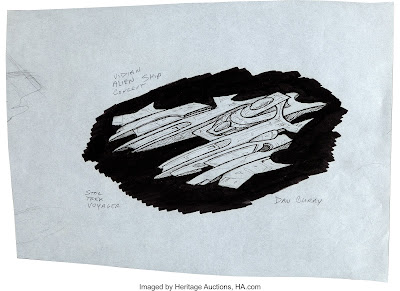 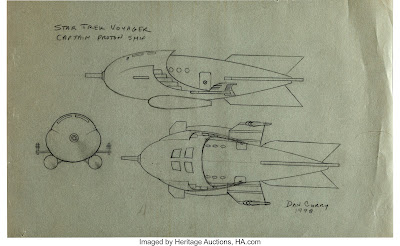 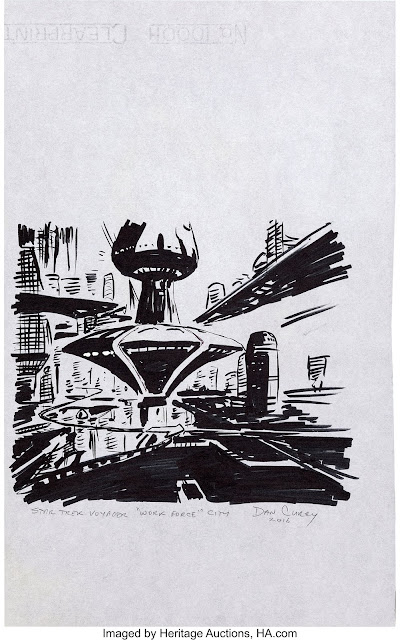 A much more familiar world is depicted in several concepts for Klingon architecture in another lot. 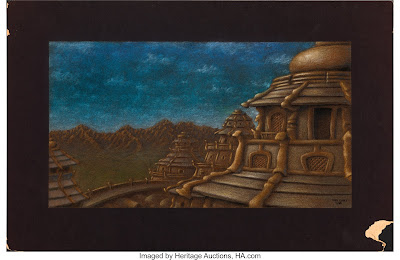 There's also some very attractive space concepts for the Briar Patch from Insurrection. 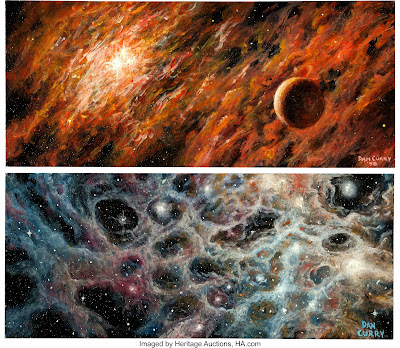 And finally, there's a whole bunch of different bladed weapon designs, including Andorian, Klingon, and Jem'Hadar weapons - These are actually in the same lot as the Hierarchy ship above. 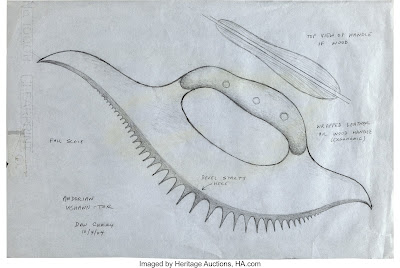 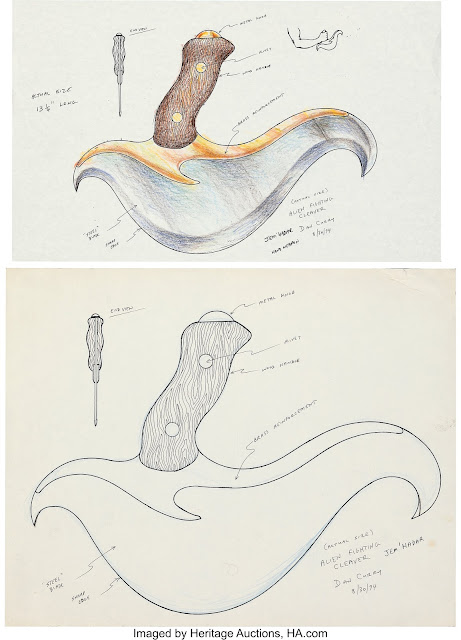 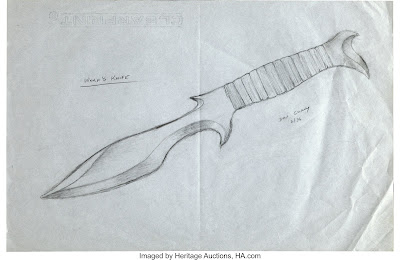 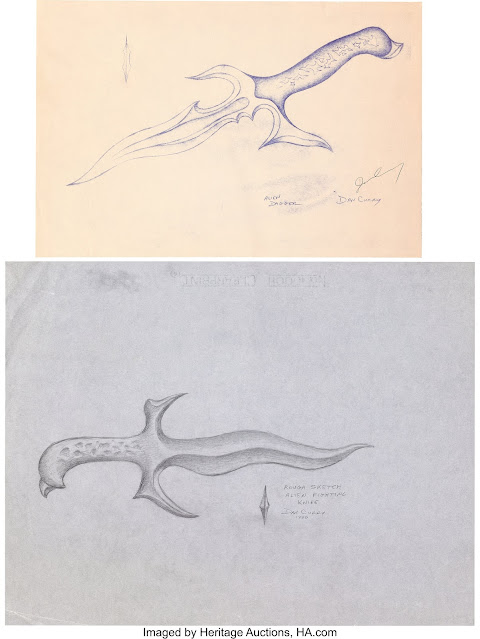 All these items are part of Heritage Auctions' Movie Posters Signature Auction, coming up later this month; if you're interested in obtaining them, bidding has already begun.

And if you'd like to see a whole lot more of Dan Curry's Star Trek artwork and production magic, look out for the new book Star Trek: The Artistry of Dan Curry(ad), which is due out in just a month's time! See my previous report for preview pages from the book.