DS9: Too Long a Sacrifice #2 covers and excerpt

Out this week is the second issue of IDW's DS9 comic miniseries, Too Long a Sacrifice. This time we get an Odo and Worf team-up, as the crime fighting duo try to find out more about the explosive start to the case, as seen in the previous issue.

The book, and series, is written by Scott and David Tipton, with art by Greg Scott and colourist Felipe Sobreiro. This issue is available in a choice of three covers: Either the A cover by Richardo Drumond, featuring Odo and an ominous shadowy figure. The B cover is a photo cover, also featuring Odo. And there's also a retail incentive cover, with art by JK Woodward, and you guessed it, Odo again, this time with a few suspects he's pondering.

Continue below to check out all those covers, and a five-page preview, plus some detailed on the Picard: Countdown omnibus, which is also out this week. 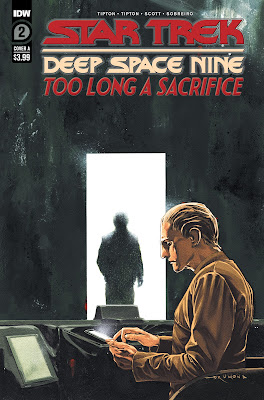 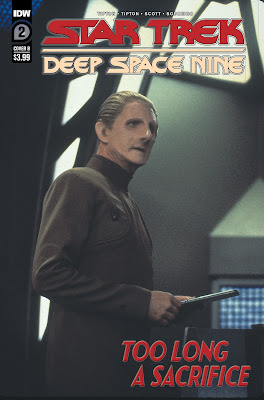 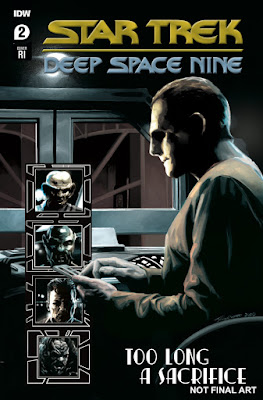 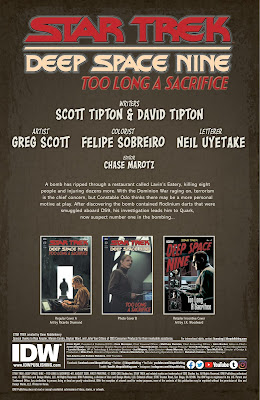 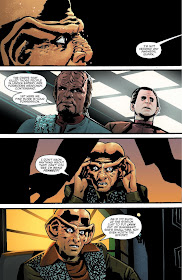 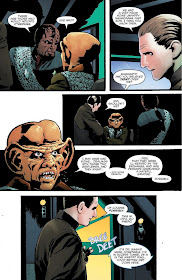 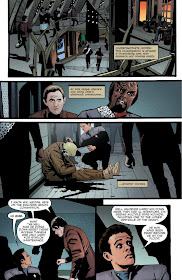 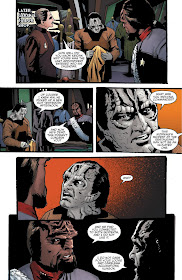 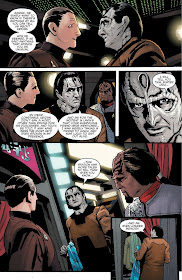 You can continue reading the rest of the book by picking up a copy at your local comic book shop, or from online retailers like these: Ebay, Things From Another World, Forbidden Planet, Amazon, Barnes and Noble. Or if you're happy to wait to read the whole series at once, the omnibus edition is already up for pre-order, for an expected December release. 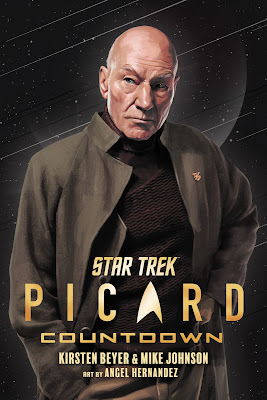 Meanwhile, also out this week is the omnibus edition of the Picard prequel comic, Picard: Countdown. The series, which gives the backstory for Picard's Romulan friends, Laris and Zhaban, was written by Kirsten Beyer and Mike Johnson, with art by Angel Hernandez. The omnibus features new cover art by Jim Salvati.

The omnibus version includes some addition features: An interview with Beyer, and an essay by Star Trek Online's Thomas Marrone, to introduce the Odyssey class, as featured in the story as Picard's ship, the USS Verity. That includes an in-universe explanation for how that class of ship, supposedly new in the 25th century setting of STO, might manage to appear back in the 2380s.

If you'd like to know a bit more about the series, see my previous review.


To keep track of all the latest Star Trek comic releases, hit the comics button on my 2020 schedule page. You can also find reading lists for several Star Trek comic series on my Trek Collective Lists site.