A Star Trek concert and virtual roller coaster, care of the Movie Park

Here's a nice musical treat, in the vein of many an online arts streaming event in these days of quarantine, the Movie Park Germany theme park have released a 24-minute video of the recording of the music for their Operation Enterprise roller coaster. Opened a few years ago, this is currently the world's only Star Trek roller coaster, and also includes a tour through set recreations, all accompanied by specially recorded music; a mix of classic Trek themes, and brand new music composed just for the ride. You can check out the music, which is pretty rousing, right here:

If you enjoyed, they actually released a soundtrack from the ride shortly after the roller coaster opened, with even more new music. You can get that on the publisher's website, and find out more in my previous post.

In other updates from Movie Park (and in another good something to do while you're stuck at home), a while ago they released a 360° video of the roller coaster, which is pretty fun to ride along with virtually:

Here are a couple of their latest photos of the ride, featuring Star Trek themed cars of course: 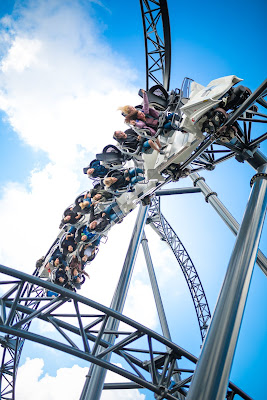 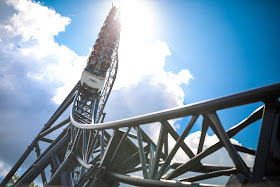 To see more of the ride, including the linked set recreations and environments, see my earlier report.