Following the reveal of the Romulan pixmit cards and figure of Seb-Cheneb, or The Destroyer, in the latest episode of Picard, Star Trek merch makers have taken the opportunity to build upon Romulan mythology themselves - Or at least print some stuff, which means we can have a closer look at the artwork! 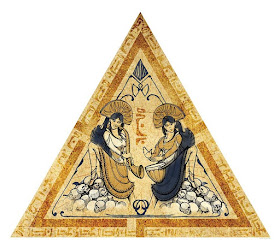 The Star Trek Shop have several items featuring the design from the Seb-Cheneb card, the most unique being a printed tapestry - Would make nice decor if you fancy setting up your own Romulan fortune telling both or something? 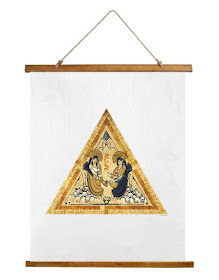 They've also got the usual mugs and T-shirts: 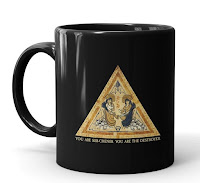 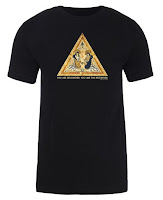 But it was actually, of all people, PC makers Cherry Tree who first debuted the design, a couple of weeks ago when they revealed their packages of extra goodies when buying one of their Picard Borg Cube PCs. The design seemed a bit random at the time, but not makes a lot more sense, and Cherry Tree have released some images giving a better look at their hoodie, which is more elaborate than the the other items above. They're only making 62 of these, and only as part of the pack with the PC. 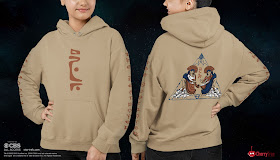 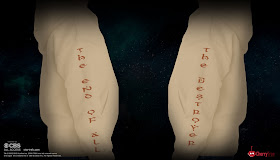