IDW Star Trek comics for May

IDW have released their solicitations for May, which include two new Star Trek comics, and an omnibus book. Continue below to check them out:


Too Long a Sacrifice #2
Written by David and Scott Tipton, with art by Greg Scott


With the murderer still on the loose, the inhabitants of Deep Space 9 are starting to divide into factions, made even worse when the Ferengi government gets involved. To make matters worse, conflict between Constable Odo and the Federation’s hand-picked criminal investigator threatens to derail the investigation itself! The DS9 murder mystery continues in this new space noir from David & Scott Tipton (Star Trek: Mirror Broken, Star Trek: The Q Conflict) and Greg Scott (Gotham Central, The X-Files)!

This book will be offered in three covers: The A cover by Ricardo Drumond, a photo B cover, and a retailer incentive cover by J.K. Woodward. Only the last of those has been revealed so far, and is marked as not final: 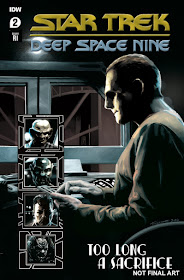 
As Captain Kirk prepares to run the gauntlet of his Klingon persecutors, Dr. McCoy attempts to expose a disturbing secret that stretches to the highest levels of Starfleet Medical, even if it costs him his career. Fan-favorite Star Trek artist Angel Hernandez (Star Trek: Green Lantern, Star Trek: Picard Countdown) joins showrunners Jackson Lanzing & Collin Kelly for the amazing conclusion of “Guide of Fire”!

This book will be offered in two covers, with the main cover by Stephen Thompson, and J.J. Lendl on the retail incentive cover. Again just the latter shown off so far: 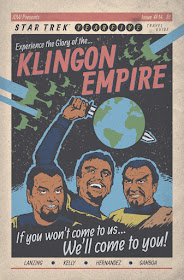 Also in this batch of solicitations is an advance listing for the July release of the second Year Five omnibus: 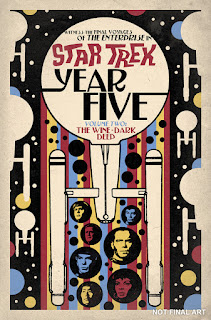 Join the crew of the Enterprise in these all-new adventures featuring the characters from the Original Series! Step aboard with Kirk, Spock, Bones, Uhura, Sulu, Scotty, and Chekov as they begin the end of their original five-year mission and boldly go into an uncertain future in this new continuing Star Trek series! Collects issues #7–12.

In other Year Five news, issue ten was out just this week (see preview pages), and subsequently colourist Sebastian Cheng has shared a few pages of his work, colouring Silvia Califano's art, from the issue: 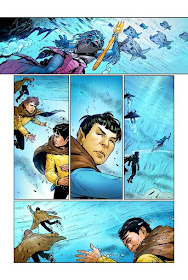 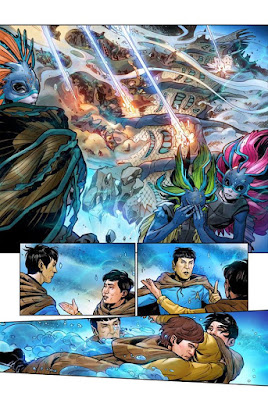 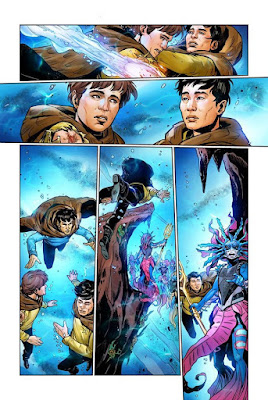 Silvia Califano has also shared several pages of her artwork from the issue from before the colouring: 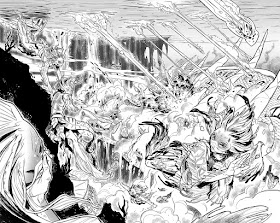 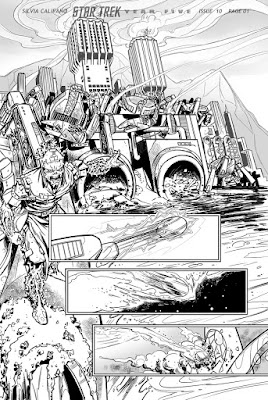 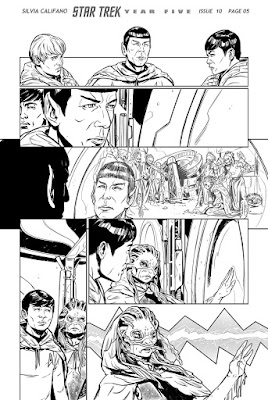 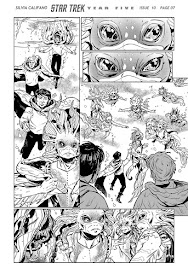 In one other bit of comics news, TrekFM's Literary Treks podcast's latest episode focused on Picard: Countdown, and had writer Mike Johnson on to discuss. Always worth a listen when they get an author in to ponder on their work.

To keep track of all the latest Star Trek comic releases, hit the comics button on my 2020 schedule page. You can also find reading lists for several Star Trek comic series on my Trek Collective Lists site.