At the New York Toy Fair, Factory Entertainment have been showing off their latest Star Trek creations, which as ever for the company span a wide range of product types, including wine bottle stoppers, bottle openers, coasters, collectable props, and toys! Continue below to check out the latest.

Among the most eye-catching pieces on display are the starship wine bottle stoppers. They've previewed the USS Enterprise and Klingon battle cruisers before, although they seem to now have shinier finishes. And joining them in the range is the USS Enterprise-D. TrekCore tweeted an excellent set of photos giving a really close look, including this group shot: 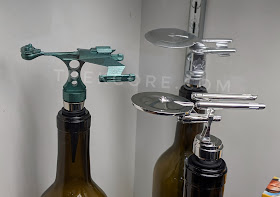 Another collection of bottle stoppers is based on the TOS uniforms, with brightly coloured Starfleet deltas. These will be offered as three pack, and should be coming in the second quarter of this year. Images via Awesome Toy Blog, and TrekMovie's Facebook. 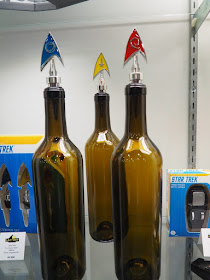 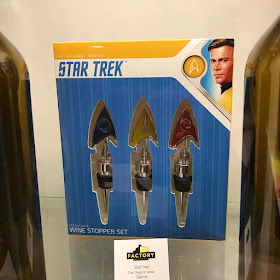 Factory Entertainment have already launched their bottle opener range, and look set to expand it with this magnetic emblem designs newly previewed. There are Klingon or Federation designs on the way, with the Federation one also noted as a coaster! Images via Awesome Toy Blog: 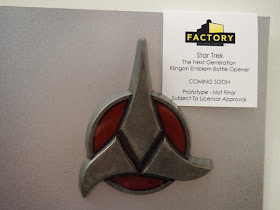 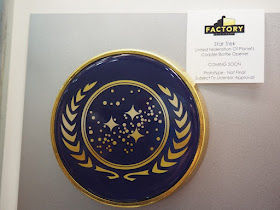 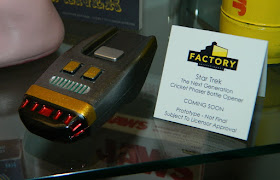 The first items in this range were the recently released TOS hand phaser, and TNG combadge. As their now in the wild we can now check out their packaging: 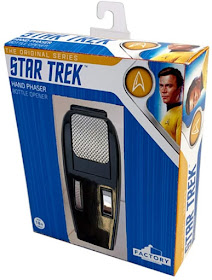 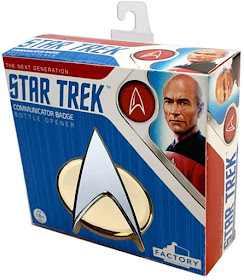 Factory Entertainment's other range of props are the miniature Kuzos range. TrekMovie spotted the Discovery phaser, previously released in gold, seems to be on the way in regular colours: 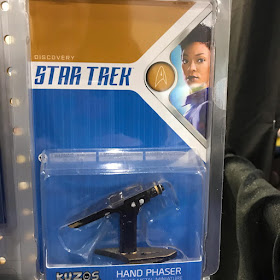 Figures.com caught a good look at the packaging for the first TOS wave of Kuzos, which were just recently released. 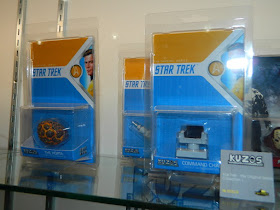 And finally the Revos vinyl figures have been previewed again, after a first look last year. No firm date for their release yet, but now shown paired with a nice Vasquez rocks backdrop. TrekMovie got this shot of the display: 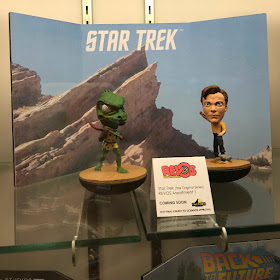 You can see more of Factory Entertainment's entire display at the Toy Fair via extensive galleries from Figures.com and Awesome Toy Blog, and more Star Trek specific shots from TrekMovie and TrekCore.

To keep up with all the latest Star Trek stuff check listings on my 2020 schedule page.