Picard season trailer, Ready Room, and behind the scenes

With the first episode of Picard now available around the world it's time to get excited about what comes next! Continue below to check out a tantalising season trailer, and a smattering of behind the scenes bits and pieces for the series so far. All of which of course include some degree of spoilers for the first episode, so continue no further if you've not watched it yet!

If you have, then point your eyes back this way and drink in this exciting trailer for episodes to come:

The next episode will be titled Maps and Legends, and that will be followed by The End is the Beginning. If you didn't catch it, the first episode was Remembrance.

There's a further look at the next episode, in the form of a clip, at the end of the first Picard episode of the support show, The Ready Room, which is now hosted by Wil Wheaton. This episode also has some new featurettes on the production of the series, including a look at scoring the show's theme, and there's a new interview/discussion with director Hanelle Culpepper and executive producer Michael Chabon. CBS are sprinkling this liberally around the web: You might be able to watch on YouTube below, but if that's geolocked for you, you'll also find it on StarTrek.com, Facebook, and Instagram!

There's some further commentary from many of the series' producers in this video (also available in not-square on StarTrek.com):


The producers behind #StarTrekPicard share what it took to create the series 💫 [full video at link in bio] #StarTrek
A post shared by Star Trek (@startrek) on Jan 23, 2020 at 12:36pm PST

Surely the most delightful behind the scenes stuff so far though comes direct from director Hanelle Culpepper, who shared several photos of cast, crew, and locations on Facebook, Including Brent Spiner and Patrick Stewart just chilling out in their TNG uniforms! 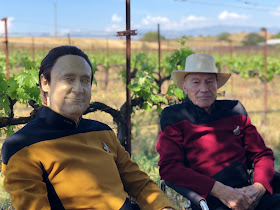 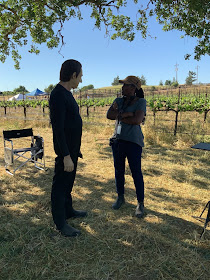 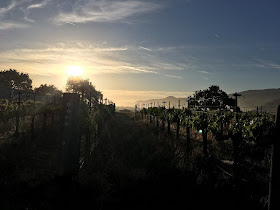 A couple of pictures of Culpepper in action were also shared by CBS EYE Speak (CBS's female empowerment initiative) on Twitter, to celebrate this notable moment in Star Trek production history:

This woman and this day are going down in history as the first time in the #StarTrek franchise’s 53 year history a new series has been launched by a female director. Congratulations, @Hillview798, and thank you 🖖💫 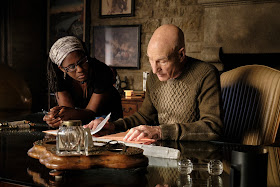 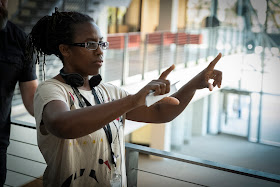 Finally today, showrunner Michael Chabon shared this photo on Instagram to illustrate his delight at working on the series (and tease forthcoming Andorians it would seem!):


5/19/19. This smile says “I can’t believe I get to do this!”, which was my baseline cognition—and this joyfulness my baseline emotion—every day I spent helping to make the first season of #startrekpicard, which premieres today (TODAY, people!) on @cbsallaccess. I hope you like it. 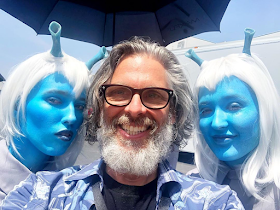