The two mints currently releasing Star Trek coins have both had new releases recently. Continue below to check them out:

From the Perth Mint we have a new TOS coin, featuring the USS Enterprise, along with Captain Kirk, Spock, and Doctor McCoy. 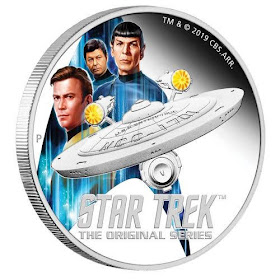 Like most of Perth Mint's previous Star Trek releases, the coin is made from silver, two ounces in this case, but has a face value of two Tuvalu dollars (if you ever wanted to use it practically!), and so the other side features the head of Queen Elizabeth II. The coin has a fairly small mintage, with just 1,250 being produced. 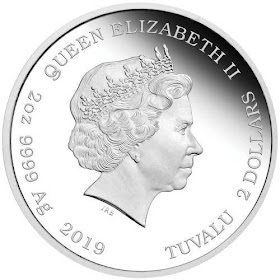 The coin is presented in Perth Mint's Star Trek display case, which features a light ring around the coin. 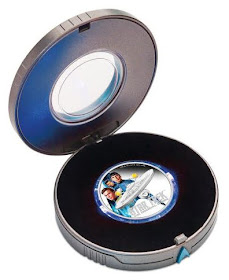 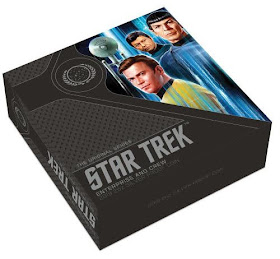 Meanwhile from the New Zealand Mint, we have another series of their unusual coin notes. These silver (5g a piece) coins that think they're notes also feature Queen Elizabeth II on one side, although this case they are legal tender in Niue. The series of six notes each focus on one of the main TNG characters - Alas they left out Doctor Crusher! The series began back in August, with Captain Picard of course: 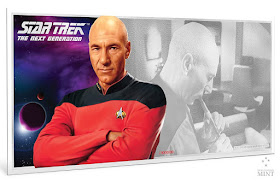 This first release in the series also came with a collector's album, to store the rest of the collection as you pick it up. Each coin-note is a mintage of 10,000. 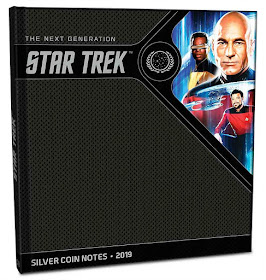 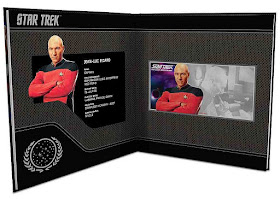 The series has just recently concluded with the release of the Geordi La Forge note. Before that Riker and Worf arrived in September, and Troi and Data in October. 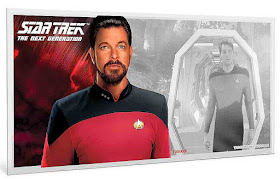 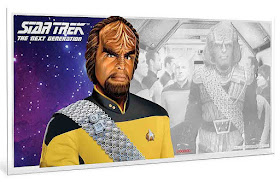 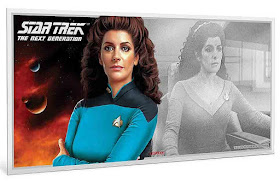 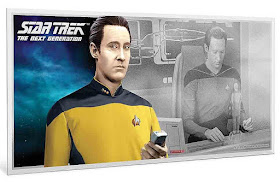 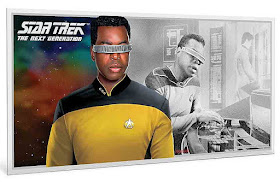 This TNG series follows on from a similar collection of TOS character coin-notes released last year.