IDW have released their solicitations for September, which include two new Star Trek comics, both featuring the Klingons. Continue below for all the details, plus some other comics updates.

Aftermath #2
Written by Kirsten Beyer and Mike Johnson, with art by Tony Shasteen.


As Spock deals with the loss of his sister Michael Burnham, Captain Pike makes an offer to the Klingons. But will the enemies of Chancellor L’Rell ignite a new war instead? Don’t miss this amazing new series that follows the shocking conclusion of season 2 of Star Trek: Discovery.

This book is offered in two covers, an eye-catching Klingon focused main cover from Angel Hernandez, and a (not yet revealed) retailer incentive photo-cover. 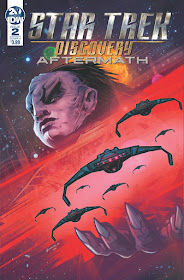 
With the crew at each other’s throats due to the Truth Artifact, Captain Kirk decides to head back to the dead planet it came from to find answers before it’s too late. Meanwhile, Uhura has found that the artifact allows her to communicate with their Tholian passenger. The final voyages of the five-year mission continue here!

This book is also offered in two covers, from the same team which has produced covers for the whole series so far: The main cover as ever is by Stephen Thompson, and is also Klingon focused (you can see the inking pre-colours on Twitter). While the retail incentive is again from J.J. Lendl; it's not been revealed yet, but no doubt will be a retro-style something. 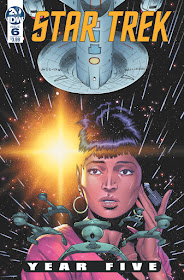 Thompson has shared his artwork, pre-colour, for this cover on Twitter, and previously his art for issue three as well: 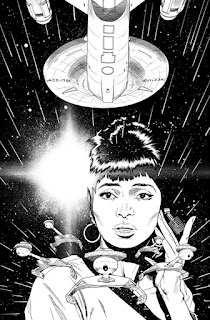 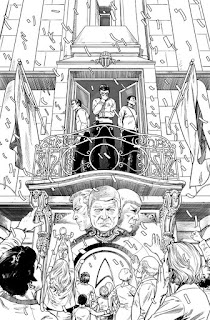 Artist Silvia Califano has also recently shared some of their artwork in progress from this story arc, on Twitter, with more Uhura, and and some exotic ruins: 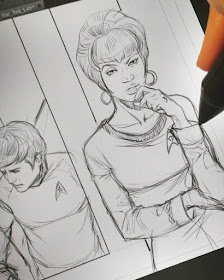 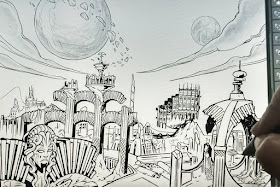 Finally, Stephen Thompson and colourist Charlie Kirchoff have together created a nice process sequence, sharing their stages of art for the same pages from Year Five issue two: 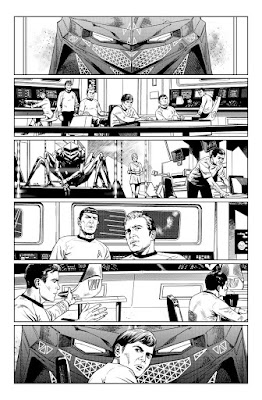 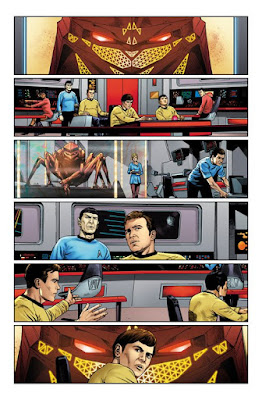 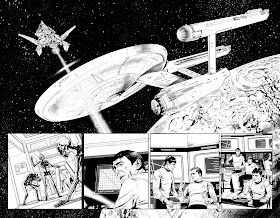 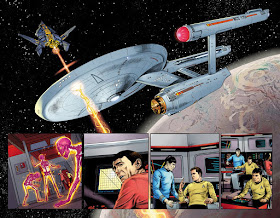 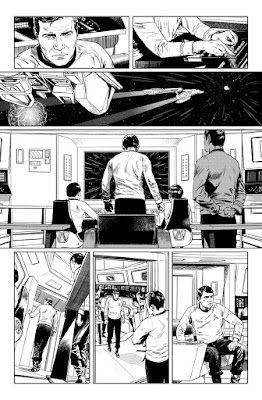 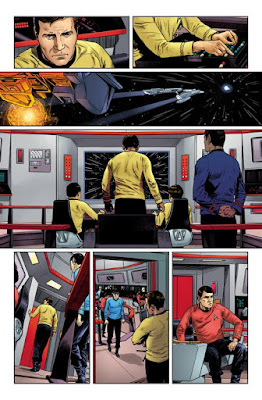 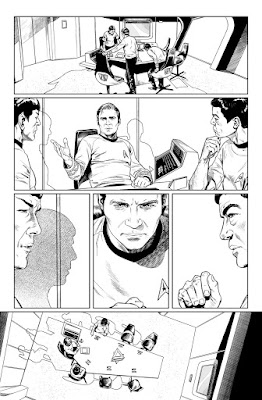 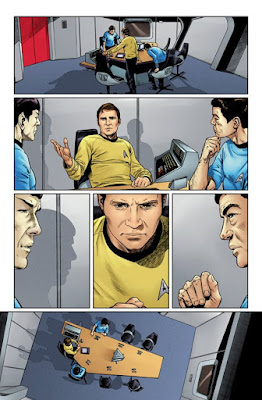