Mego's next wave of retro action figures include three Star Trek characters. Alas they are all variants of previously released figures, but they're at least having some fun, particularly with the new version of the Gorn figure which now features glow in the dark teeth, eyes, and spines! Check it out: 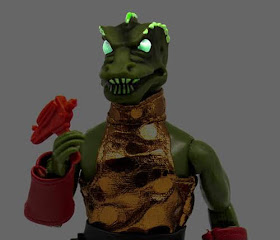 The other variants in this range are, Kirk and Spock, each coming with a gaggle of tribbles as new accessories. Images come via distributor License 2 Play, and the set of three characters is available to pre-order from Entertainment Earth, who are currently anticipating a July release.

Continue below to check out more images, and something even more fun: 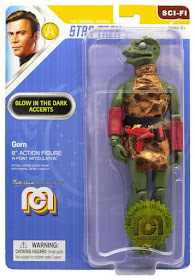 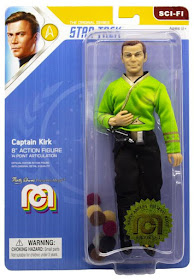 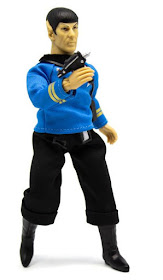 In other things Mego, check out this glorious recreation of Arena made using original Mego figures (including the not so screen accurate Gorn) from the seventies, from YouTuber Jay Truesdale: