Eaglemoss have launched a new Star Trek magazine a model partwork series, Build the USS Enterprise NCC-1701-D, which does exactly what the title says! Each issue includes parts to build a large (70+ cm long) model of the Enterprise-D, with built in lighting features, and of course comes with a magazine, in this case split between building instructions and behind the scenes articles. 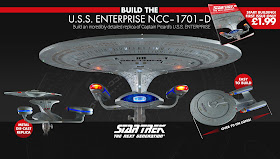 The model is meant to be a hybrid of details from the various studio models used in the series to try and best represent the ship, while also converting it into a model kit issued in many pieces. The kit is either assembled by clicking it together or screwing in certain parts. It does still manage to have a working saucer separation feature. Here are a few images of the model from the subscription site: 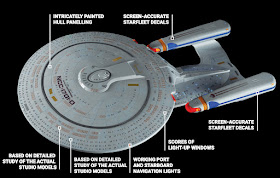 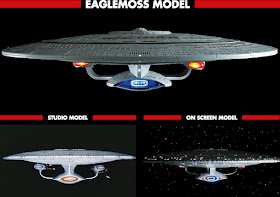 Like most of Eaglemoss' products, this series is available on a subscription basis (and this is hardly one you'd only want certain issues of!), which right now seems to be launching just in the UK. The fortnightly issues are £9.99 each (after the first two issues at introductory prices of £1.99 and £4.99), although Eaglemoss have not yet stated how many it will take to complete the ship, so who knows what you're signing up for!

Those subscribing directly from Eaglemoss will get a free issue, a magazine binder, and eventually a stand for the model, and in between a thermal mug, screw box, and T-shirt (all Star Treked up of course!) 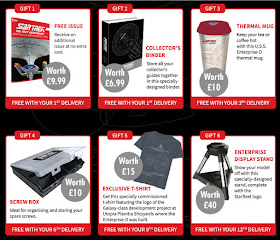 Eaglemoss often offer a premium subscription too, and in this case an extra £1 per issue will save up towards getting a much fancier display base, with a mirrored top to help see the model from all angels, and LED lighting. 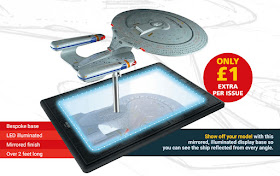 Eaglemoss have released a whole bunch of videos (many spotted by the ever vigilant Darth Duranium), including this one showing of the ship's lighting scheme:

And a whole bunch with Ben Robinson introducing various features of the ship. Note he mentions in one of them the model shown is a prototype (and presumably the photos above too) and there's still work to do on the paint scheme there - It does look a bit flat in many of the photos, but if you look very closely you can see there is subtle aztecing.

The series' website also previews the entire first magazine, giving a good idea of the format: 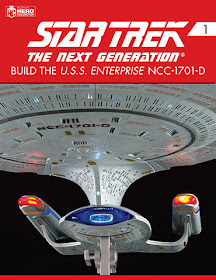 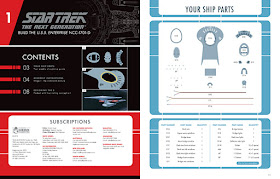 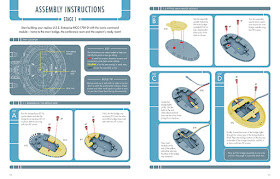 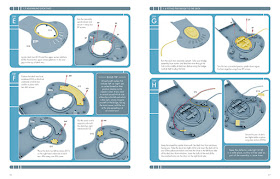 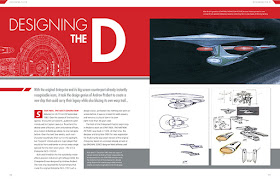 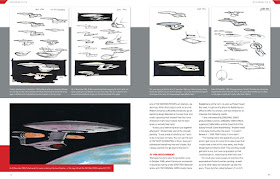 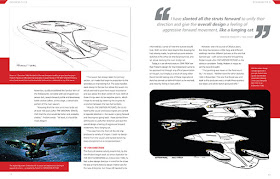 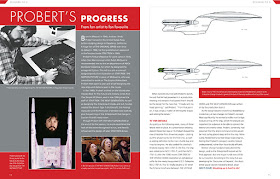 This should be an interesting series to see unfold for those who build it (and even more so if Eaglemoss find a way to expand it later with extra features - All Good Things... extra parts?). Also interesting to contrast it with the similar aborted series from Diagostini some years ago, which went for a much more technical approach to both the model and magazine. Hopefully this version makes it to the end!