First up we have Uhura, offered for the second time in this series, following the previous mirror universe version. This prime timeline version has of course been offered before in both the original Mego series and DST revival of a decade ago; the major difference this time appears to be a different hairstyle (the same one used for the recent mirror version). 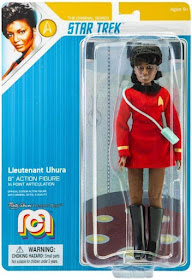 Kirk and Spock are back again, both have had mirror and prime editions already, and for this wave are offered in dress uniforms, a first for Mego-type figures: 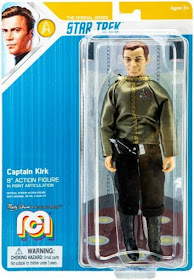 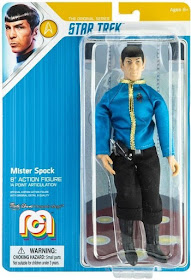 And finally we have a Romulan Commander, a slightly odd choice given another Romulan was offered in the previous wave! This version deviates from the previous loyal remake of the original Mego design (which kind of looks like he's wearing a leotard) with a much more screen-accurate uniform. 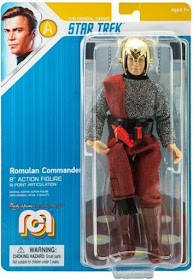 These figures should be available more widely than last year's releases, as Mego have recently revealed their next waves will no longer be Target exclusives.

Away from Mego, NJ Croce have announced a new addition to their range of bendable action figures, and their first TNG figures following previous TOS releases. Coming soon will be Captain Picard, and a not so often chosen season one style uniform! 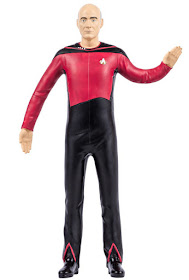 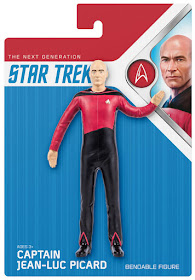 To keep track of all the latest Star Trek toy releases, hit the "Models, Toys, and Games" button on my 2018 schedule page. And for listings of various Star Trek toy ranges, see my Trek Collective Lists site.