Hallmark have been busy of late, getting ready already for their 2019 Keepsake collection already, which includes several Star Trek items. But first let's check out some of their latest itty bittys release, which are available right now!

Just recently turning up on the Hallmark website is a new itty bittys cuddly character two pack, Kirk and Khan, from The Wrath of Khan: 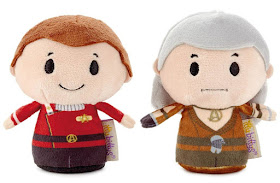 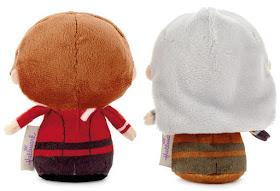 These come packed on a cute split/background card, which has the Battle of the Mutara Nebula on the rear: 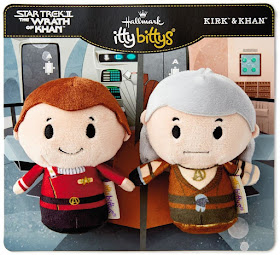 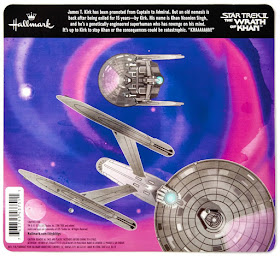 Also just released is another pair of characters, mirror universe versions of Kirk and Spock. These two are offered individually: 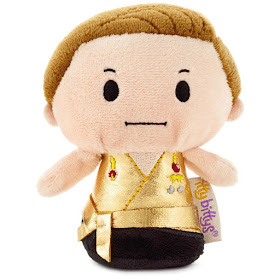 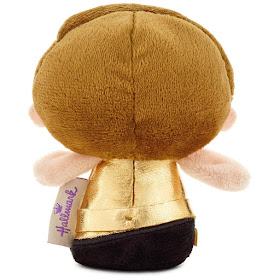 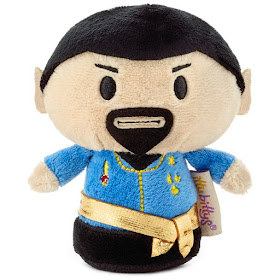 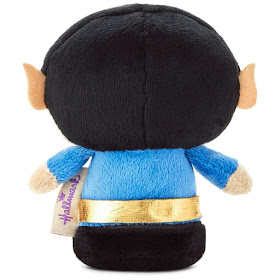 At the recent Star Trek Las Vegas convention Hallmark also revealed another pairing, their first Voyager itty bittys, Captain Janeway and Seven of Nine. TrekCore got this photo, and report we shouldn't expect to see these until next year. 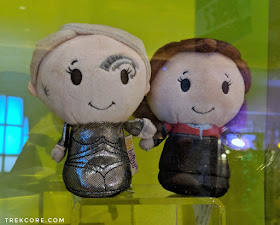 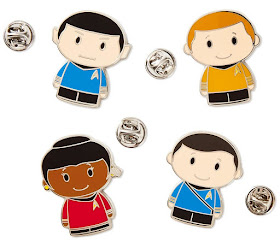 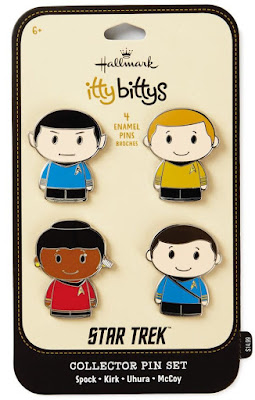 Back at Star Trek Las Vegas, Hallmark revealed their 2019 Star Trek Keepsakes line-up, in the form of cardboard stand-ins for now, which TrekCore got photos of. Next year's ship, will be TOS movie era refit USS Enterprise - This will be Hallmark's second take on the refit Constitution class, after release the Enterprise-A back in 2005 (I'm really surprised they're not doing a Discovery ship, I was betting on the Disco Enterprise).

Hallmark have done occasional prop inspired ornaments before, but next year's is a bit different, a little fluffy tribble! 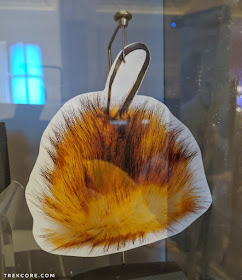 And finally the character piece for next year is Discovery inspired, Saru and Burnham, from the scene where Burnham gives Saru Captain Georgiou's telescope: 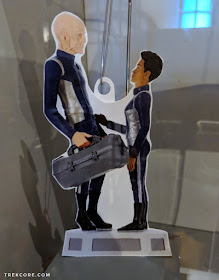 TrekCore also got shot of the last release from this year's range, the metal USS Enterprise, which is due to arrive in October. This is the first time we've seen the real thing rather than a rendering: 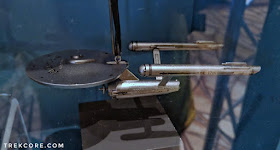 To check out the rest of this year's range, and all the previous Hallmark Star Trek Keepsakes, see my Tek Collective List.