Phaser-glow rock mood light, and other stuff to Trek out the house

I've got a round-up of some of the latest Star Trek stuff out there to Trek out your home or office, and we'll start with one of the weirdest Star Trek products to have found its way to market...

Taking inspiration from The Enemy Within, The Wand Company (who have previously brought us things like the bluetooth communicator, and universal remote phaser) have come up with the phaser-controlled rock mood light. Simulating Sulu's desperate attempts to stay warm, this is a glowing rock, controlled, by a phaser...

The rock faithfully recreates the scene; with the phaser blast "heating" it up to full brightness, which then gradually dims once you stop firing (it is only light that you'll get though, no heat from this rock). There's also an alternate "atmosphere mode" where the rock can gradually shift through different colours and brightness. The rock is USB chargeable, and to complete your landing party experience comes complete with a Starfleet survival blanket! 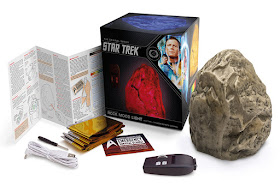 Here's a closer look at the phaser: 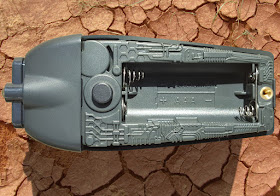 And for you excitable geologists, a detailed look at the rock too... 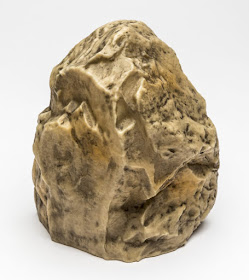 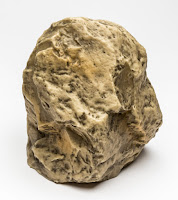 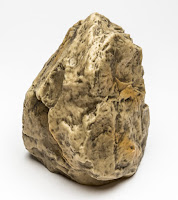 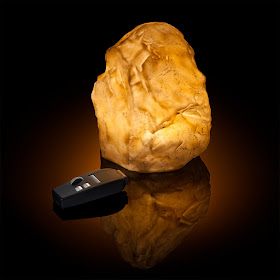 All those colours make for quite an attractive multi-coloured box too: 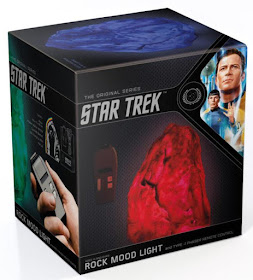 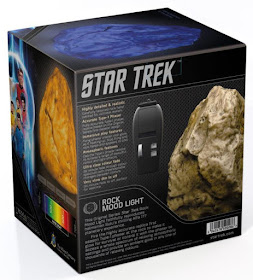 The Wand Company have published a manual with excellent useful illustrated instructions like this:

Here's a video showing it in action:

This whole thing is a ThinkGeek San Diego Comic Con exclusive - Exclusive as far offering it first at least, as you can also get it via the ThinkGeek website, Star Trek Shop, and Forbidden Planet in the UK... ThinkGeek being ThinkGeek, they have also released a very silly video of their own featuring the rock:

Also new from ThinkGeek is the TNG corridor door cover, which elastically fits over a door to give the impression of an Iconian gateway-like access point to the corridors of the Enterprise-D. 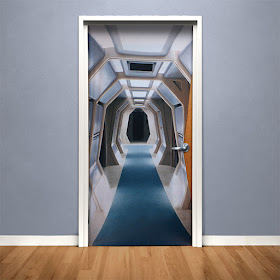 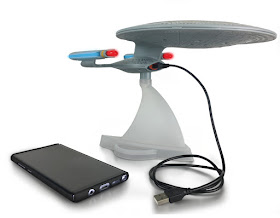 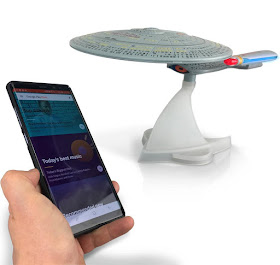 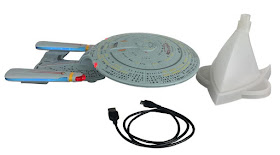 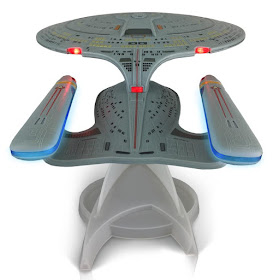 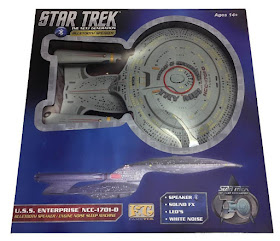 Another Enterprise-D is available from Icon Heroes at the San Diego Comic Con, a saucer section mouse pad: 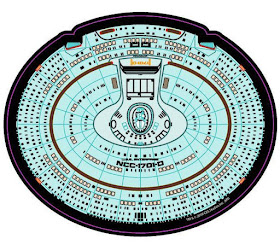 And finally, going back to the 23rd century, another Icon Heroes Comic Con exclusive is this series of  TOS uniform inspired smartphone card-holders, which give you a little pocket on your phone once stuck to the back of it. 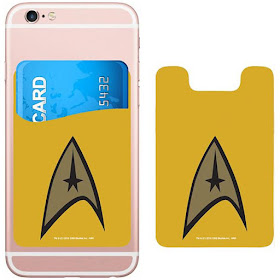 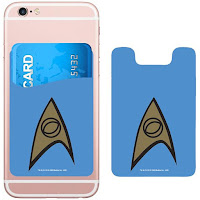 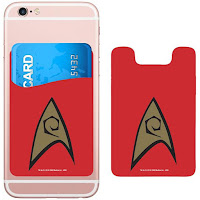