Starship loving Discovery fans, I've got some nice finds for you today, with new views of several of the ships from the series. Continue below to check them out.

First up, via the portfolio of Discovery visual effects artist Mark Krentz, we have really good look at the delightful Discovery-era worker bee; a very tangible and functional twist on the Star Trek classic: 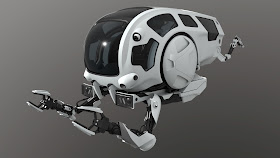 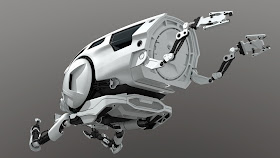 Also via Krantz's portfolio we've got several views of one of the new Starfleet starships, which the file names suggest is the Malachowski class, although I'm fairly certain it what has been referred to by other official sources as the Hoover class (aka the USS Edison) - At any rate we get to see this new design from several never before seen angles, and suddenly a rather flat looking ship from the other views we've had becomes a lot more interesting, thanks to the curious forward thrusting engineering section suspended below the saucer by a classic Star Trek starship neck. 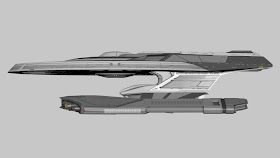 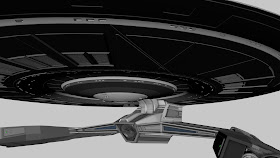 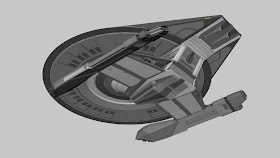 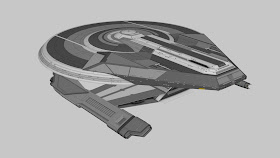 You can see several more detailed images of this ship on Krantz's website.

Meanwhile the chaps over at Trekyard's got their hands on the model for the new Klingon Bird of Prey - Actually the model of the same ship used in the game Adversaries, but based on the original on-screen version. They explore the new design from every angle and in incredible detail in their video. Check it out:

I like this design; as they say in the video it has a nice gothic quality, and is also very organic. These are my favourite views:

Finally via the Twitter of Art Director Matt Middleton, is a photo of a cool model of the USS Discovery itself, which was at the time (back in September) apparently housed in the office of Production Designer Tamara Deverell. I think it's probably a 3D print, which made from a somewhat translucent material gives it a strange ghostly appearance. 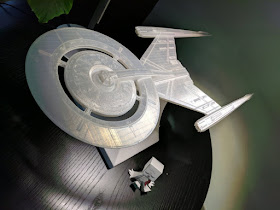 For listings of all my other behind the scenes Discovery coverage, and an overview of everything else to do with the production and tie-in products for the series, see my Discovery guide page. And of course if you're a fan of Discovery starships, you'll want to check out my list page for Eaglemoss' collection of model ships.